Accessibility links
Why It's Easier To Scam The Elderly : Shots - Health News New research suggests older adults may have less activity in the area of the brain that processes risk and subtle danger. Another possible reason older adults don't pick up on warning signs is an increasing bias against negativity. 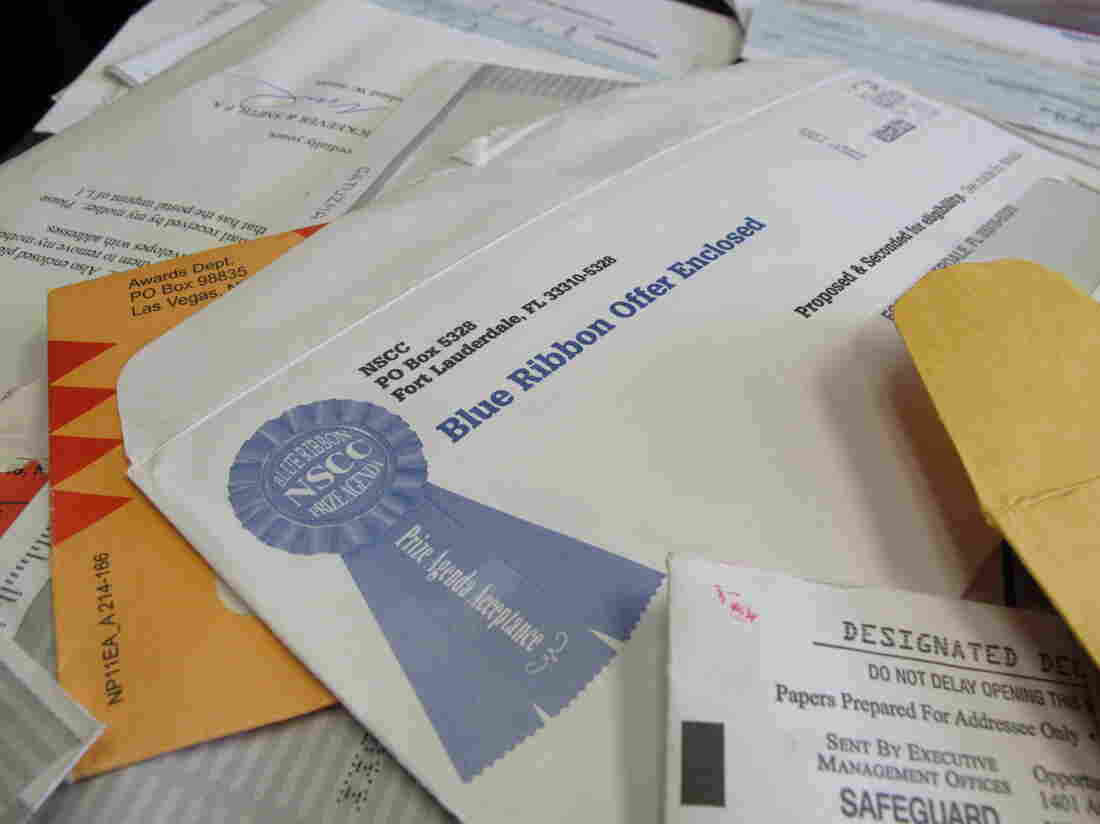 Fraud victims are more likely to have opened official-looking sweepstakes notices and other mailings. A new study says the elderly are more susceptible than the young to being swindled. Allen Breed/AP hide caption 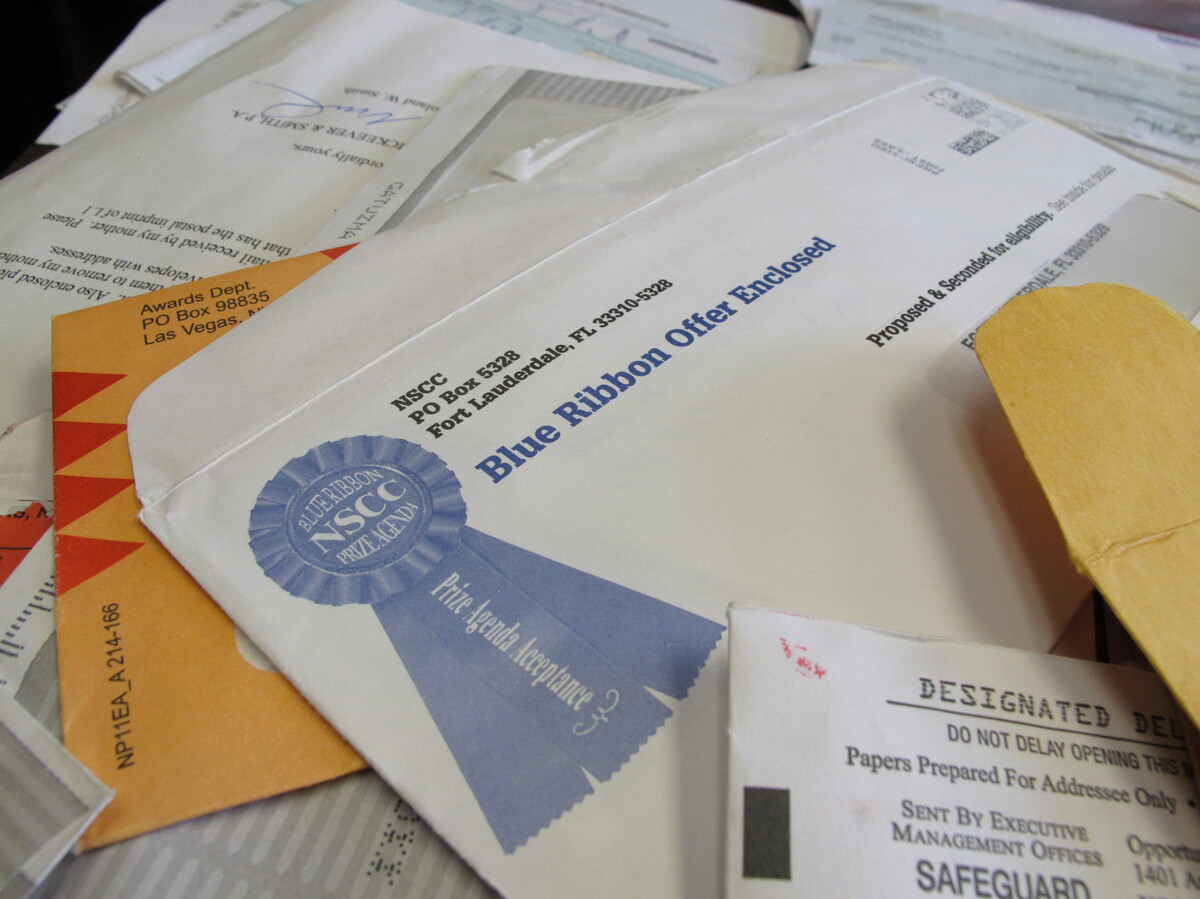 Fraud victims are more likely to have opened official-looking sweepstakes notices and other mailings. A new study says the elderly are more susceptible than the young to being swindled.

Lots of scams come by phone or by mail, but when the scam artist is right in front of you, researchers say the clues are in the face.

"A smile that is in the mouth but doesn't go up to the eyes, an averted gaze, a backward lean" are some of the ways deception may present itself, says Shelley Taylor, a psychologist at UCLA.

Taylor wanted to know if older people recognized these visual cues as readily as younger people. She brought 119 adults older than 55 into the research lab along with 24 younger adults in their 20s. Both groups were shown 30 photographs, each depicting either a trustworthy, a neutral or an untrustworthy face.

In a small follow-up study using brain imaging, Taylor's findings suggest older adults may have less activity in the very area of the brain that processes risk and subtle danger. Another possible reason older adults don't pick up on warning signs, she says, is an increasing bias against negativity.

"It's part of this effort to make life more positive after a certain point in life, which is normally just a wonderful thing," Shelley says. "Older adults are really great emotional regulators, but it leaves them with this particular vulnerability so that they don't recognize untrustworthy cues when they should."

Junk Mail And Other Scams

A survey last year from the AARP analyzed the behavior of 723 victims of fraud and compared them to the general public. The survey found the average age of fraud victims was 69.

"Fraud victims tend to be much more likely to do things like open junk mail, listen to unknown callers on the phone who are telemarketing," says Doug Shadel, who's with AARP in Washington state and who headed the survey. "They're more open to putting themselves in sales situations, and this explains in part why they may be defrauded."

They are also inclined to believe those too-good-to-be true promises, like a guaranteed 50 percent return on investment with no risk. Ironically, it was older men with experience in investing who lost the most. Women were more vulnerable to petty fraud — things like sending in $50 to collect on that $50,000 sweepstakes they just won.

The current biggest scam, says Shadel, a former fraud investigator who wrote a book titled Outsmarting the Scam Artists: How to Protect Yourself from the Most Clever Cons, are gold coins often advertised in print and broadcast.

"They'll say, 'During periods of economic instability, you can't trust the stock market, can't trust the bond market — the thing you can trust is precious metals,' " he says.

The genius of the scam is that you actually receive the coins. It's just that you've paid up to five times their market value. Scam artists today, says Shadel, are aided enormously by technology that enables them to simply press a button and send hundreds of thousands of emails.

The best defense, he says, is don't go for any of it. Throw out the junk mail. Don't answer unknown callers. And forget about those free lunches and dinners that promise great options for investment.