Accessibility links
Perfection Is Skin Deep: Everyone Has Flawed Genes : Shots - Health News Researchers found a surprising number of mutations, including several associated with disease, in the genes of normal healthy people. Their study raises questions about whether widespread genetic sequencing could end up scaring people for no good reason. 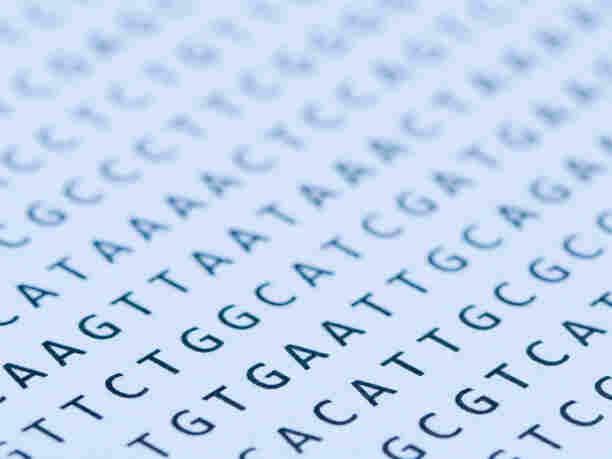 When researchers looked at the genetic sequences of 179 individuals, they found far more defects in the patterns of As, Ts, Gs, and Cs than they expected. iStockphoto.com hide caption 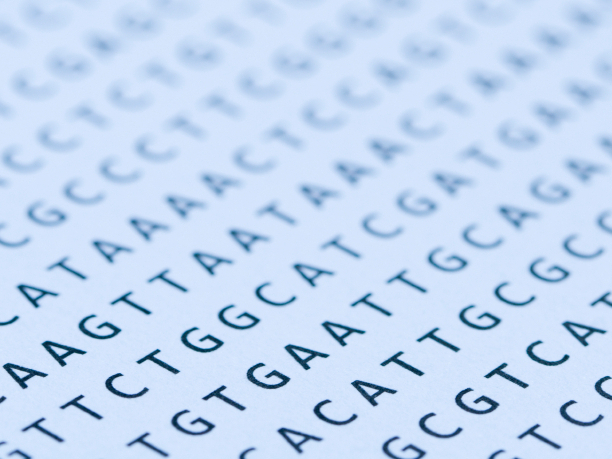 When researchers looked at the genetic sequences of 179 individuals, they found far more defects in the patterns of As, Ts, Gs, and Cs than they expected.

We all know that nobody's perfect. But now scientists have documented that fact on a genetic level.

Researchers discovered that normal, healthy people are walking around with a surprisingly large number of mutations in their genes.

It's been well known that everyone has flaws in their DNA, though, for the most part, the defects are harmless. It's been less clear, however, just how many mistakes are lurking in someone's genes.

"It's such an interesting question that people had been trying to make estimates from indirect approaches for a long time," says Chris Tyler-Smith of the Wellcome Trust Sanger Institute in Cambridge, England. "There were estimates that ranged from just a handful up to 100 or more serious disease-associated mutations."

But Tyler-Smith and his colleagues wanted to get a more precise, direct estimate. So they analyzed the DNA of 179 people from the United States, Japan, China and Nigeria who had volunteered to have their entire genetic blueprints deciphered through the 1,000 Genomes project. Now, in a paper appearing in the American Journal of Human Genetics, the researchers are reporting a big surprise.

According to their analysis, the average person has around 400 defects in his or her genes, including at least a couple that are associated with disease.

The weird thing is, none of the people whose DNA was studied were sick. They all seemed perfectly happy and healthy.

"It could be that in some cases there's another copy of that gene or a similar gene that takes over," Tyler-Smith says.

About 1 in 10 people studied had genetic mutations that should cause a disease but hadn't. Tyler-Smith has a theory.

"It's a bit surprising that people should be walking around apparently healthy yet we're seeing known disease-causing mutations in their genomes," he says. "But the answer was that these tended to be for mild and very often late-onset conditions. Things like heart disease, an increased risk of developing cancer."

Other researchers praised the research for trying to get a handle on what scientists really know about genetic mutations and disease.

"I was very surprised by the total number and frequency that they found," says Harvard geneticist Robert Green.

But Green and others say the research also raises serious worries. It shows how easily widespread genetic sequencing could find mutations that could scare people for what turns out to be no good reason.

"The critical take-home medicine here — one that needs to be reinforced over and over — is that as we enter the age of genomic medicine, simply having a mutation in a disease gene does not mean you have the disease or will get the disease," Green says.

So, as James Evans of the University of North Carolina puts it, the new study shows we're all going to have to get used to the idea that no one is perfect. Far from it.

"We're all mutants." Evans says. "The good news is that most of those mutations do not overtly cause disease, and we appear to have all kinds of redundancy and backup mechanisms to take care of that."