Accessibility links
Nigeria Pressured To Clean Up Lead-Contaminated Villages : Shots - Health News Last spring, the Nigerian government pledged millions of dollars to decontaminate a region where hundreds of kids have died from severe lead poisoning. So far, none of the money has been released. The delay in the cleanup puts thousands of kids at risk of getting sick, public health advocates say. 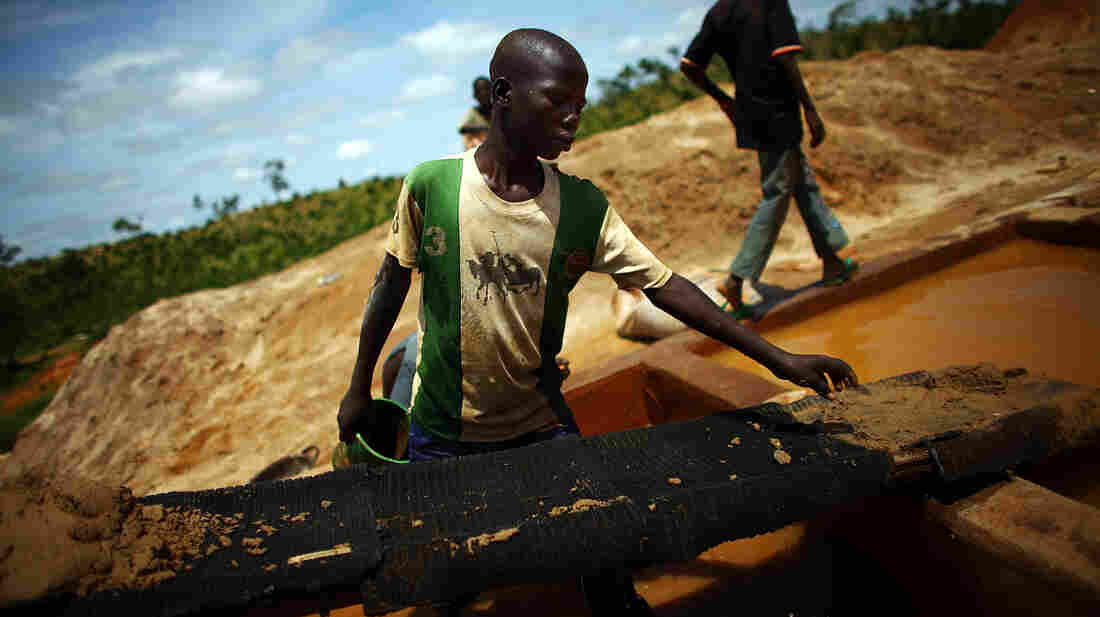 A boy works at an illegal gold mine in northern Nigeria. Lead from these mines has sickened thousands of children in the region. David Gilkey/NPR hide caption 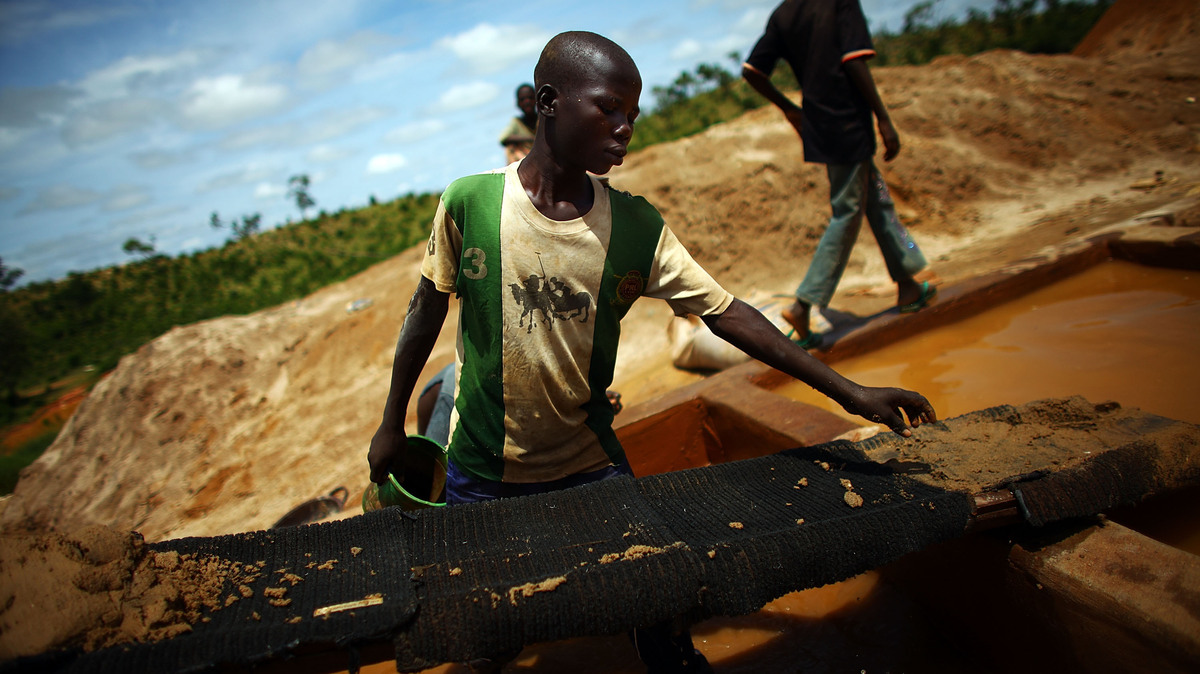 A boy works at an illegal gold mine in northern Nigeria. Lead from these mines has sickened thousands of children in the region.

The Nigerian government has been slow to fulfill a promise it made last spring. And, its sluggishness is putting kids at risk for lead poisoning, the advocacy group Humans Rights Watch says.

Last May, the Nigerian government pledged roughly $5 million to clean up lead contamination around illegal gold mines in northwest Nigeria. But so far, that money hasn't been released.

Human Rights Watch is hoping that a social media campaign will kick the government into action. It's calling for people to send messages to Nigerian President Goodluck Jonathan through his Facebook page, urging him to release the remediation funds immediately.

Hundreds of kids have already died from severe lead poisoning. Thousands more have gotten sick, and others have been mentally stunted by the extremely high levels of the toxic metal.

Doctors Without Borders has treating children in the area for a few years now. But until the lead is removed from their environment, kids will continue to be exposed to the toxic metal.

The lead is a byproduct of illegal gold mines. The raw gold ore is trapped in quartz, along with deposits of lead. As villagers dig and process the rock by hand, lead dust is released and spreads.

The incident is one of the worst cases of environmental lead poisoning in modern history.

"Unless the promised funds are released immediately, cleanup of the contaminated areas won't be able to start until after next year's rainy season," Babatunde Olugboji, a director at Human Rights Watch said in a statement.

Ivan Gayton, who heads up Doctors Without Borders in Nigeria, told the news site Global Post that a delay in the clean up could be disastrous. "Many hundreds or even thousands of children are desperately awaiting treatment," Gayton said. "But there's absolutely nothing we can do until the remediation is done."