Accessibility links
Buzz Off: Bedbugs Unfazed By Ultrasonic Devices : Shots - Health News Once bedbugs settle in, the toll on your mental health and pocketbook can run high. So what about driving the bloodsucking insects off with high-pitched sounds? Scientists say gadgets that claim to do that are a waste of money. 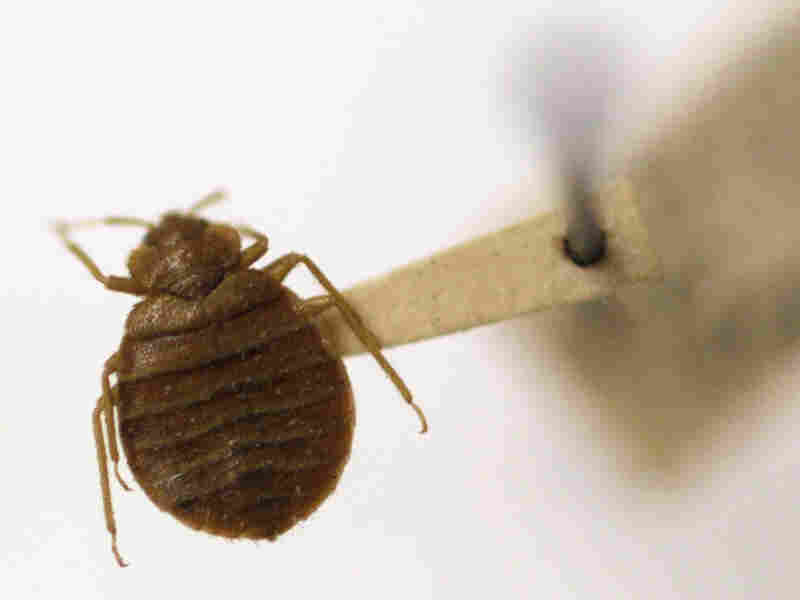 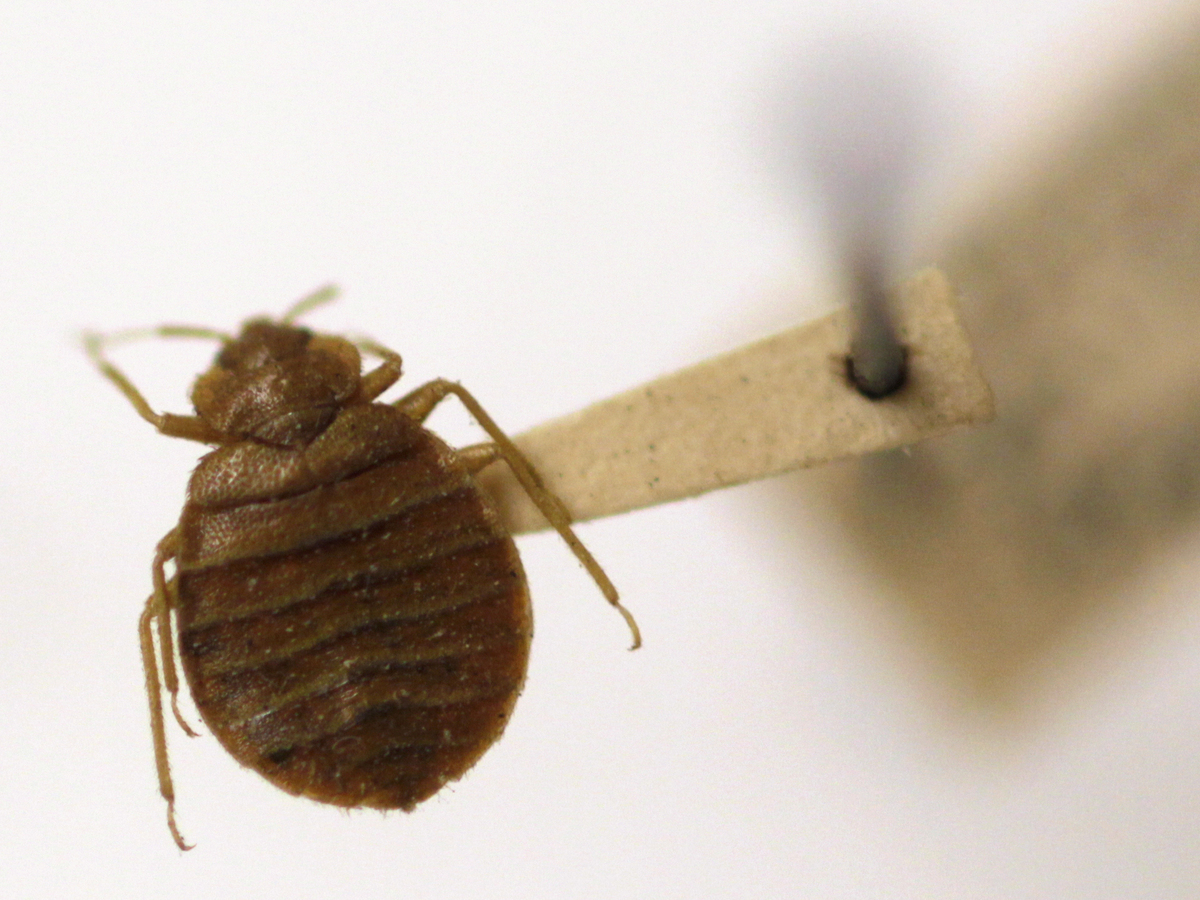 With bedbugs bunking just about everywhere these days, people battling the bloodsucking insects may be tempted to try their hand at driving them away.

But ultrasonic bug zappers, which retail for less than $25, aren't the solution, say entomologists who tested some of the devices.

"I can understand on a personal level how you would want to go to great lengths and get rid of them and protect yourself," says Kasey Yturralde, a grad student in entomology at Northern Arizona University. She had a memorable trip back in 2006 when she ran into them while visiting a friend. "It was pretty traumatic," she tells Shots.

Their simple experimental design consisted of two 5-gallon buckets lined with sound-muffling insulation that were connected by a tube. An ultrasonic device was placed in one bucket, and eight to 10 bedbugs were placed in the tube.

More care was given to how the bedbugs were housed in the lab. The researchers kept them in large jars, like those used for canning, which were placed in bins full of soapy water. And every lip or edge over which an rogue bedbug would have to crawl was covered in a slippery substance a little like liquid Teflon, Yturralde says, to keep them from escaping.

In test after test, the bedbugs showed no preference for either bucket. "They were equally distributed across the two arenas," Yturralde notes. None of the four devices drove the bedbugs away.

It wasn't entirely illogical to think that ultrasonic frequencies might work against bedbugs. After all, the bark beetles Yturralde and Hofstetter normally study communicate in the ultrasonic range of sound. The devices could interfere with bug communication. But, of course, not all bugs act the same.

"There have been tests of these devices with other insects, and they haven't shown any effect," Yturralde says. Now people can know that they won't be effective on bedbugs either, she says, "and move onto other means of extermination."

The results appear in the Journal of Economic Entomology.