Accessibility links
Caution: Walking Under The Influence Of Mobile Devices : Shots - Health News Nearly a third of pedestrians crossing some of Seattle's most dangerous intersections were doing something distracting at the same time. People texting were four times more likely to cross the street without looking both ways.

Caution: Walking Under The Influence Of Mobile Devices

Caution: Walking Under The Influence Of Mobile Devices 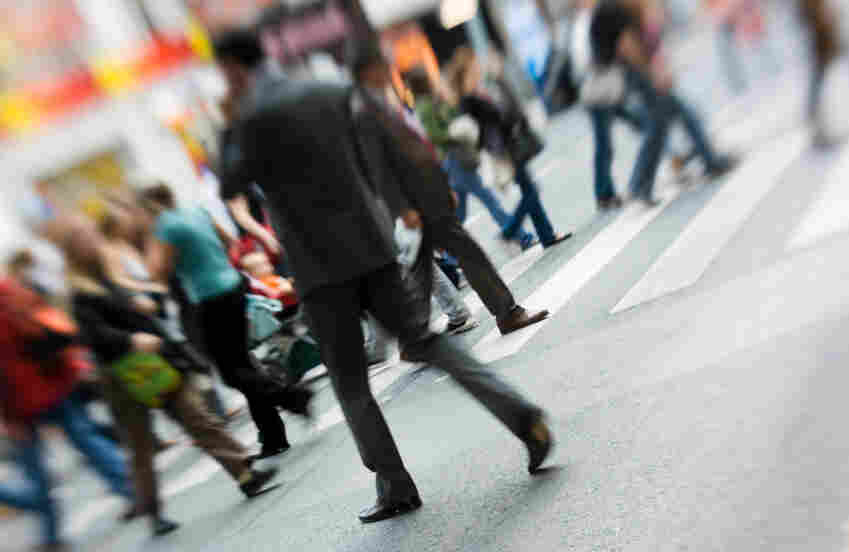 He better not be talking to his mom. iStockphoto.com hide caption 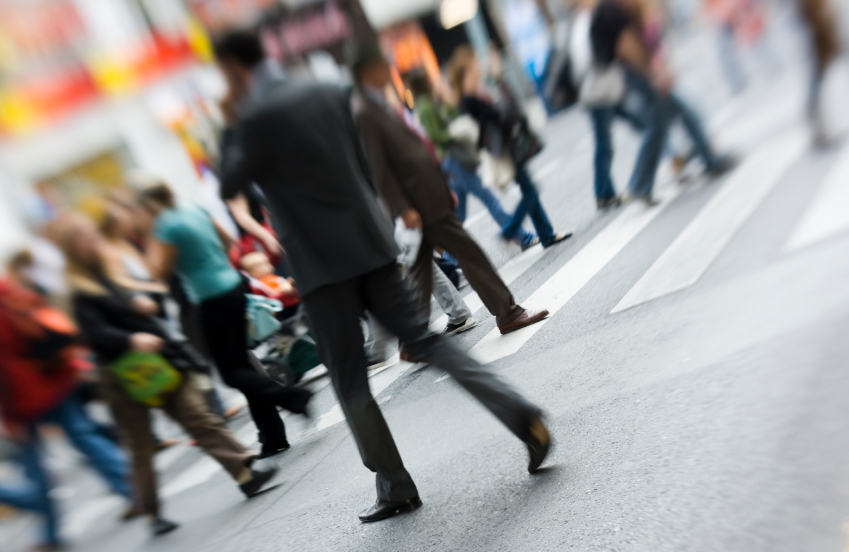 He better not be talking to his mom.

Here's an experiment you can try. But please be the scientist and not the test subject.

Watch people cross the street and note whether they're yakking on the phone, texting or bopping to tunes while they do it. If you're really ambitious, time how long it takes them to cross.

This past summer researchers from the University of Washington did it. They watched more than 1,100 pedestrians at the 20 intersections in Seattle that racked up the most pedestrian injuries over the last three years.

What did they see? About 30 percent of walkers were doing something distracting while navigating the intersections.

About 7 percent of pedestrians were seen texting (or doing something else by hand with their mobile device) while crossing the street. The texters were four times more likely than undistracted pedestrians to cross the street without looking both ways first.

Overall, the texters were nearly four times more likely than the undistracted walkers to do something risky while crossing, such as not looking for traffic, disobeying lights or jaywalking.

Oh, and the texters also dawdled crossing the street — taking nearly 2 seconds longer than undistracted walkers, who needed about 10 seconds at the average intersection studies.

People listening to music walked faster (no surprise there), crossing intersections about a half-second more quickly than the undistracted walkers. But maybe because they were hurrying, they were also less likely to check both ways before crossing.

The findings were published online by the journal Injury Prevention.

Inattention while crossing doesn't help your odds of making it the other side of the street in one piece. And the temptations will only grow.

"Distracted walking, like distracted driving, is likely to increase in parallel with the penetration of electronic devices into the consumer market," the researchers wrote.

They suggest a mix of education, better road design and enforcement to cut the risks.