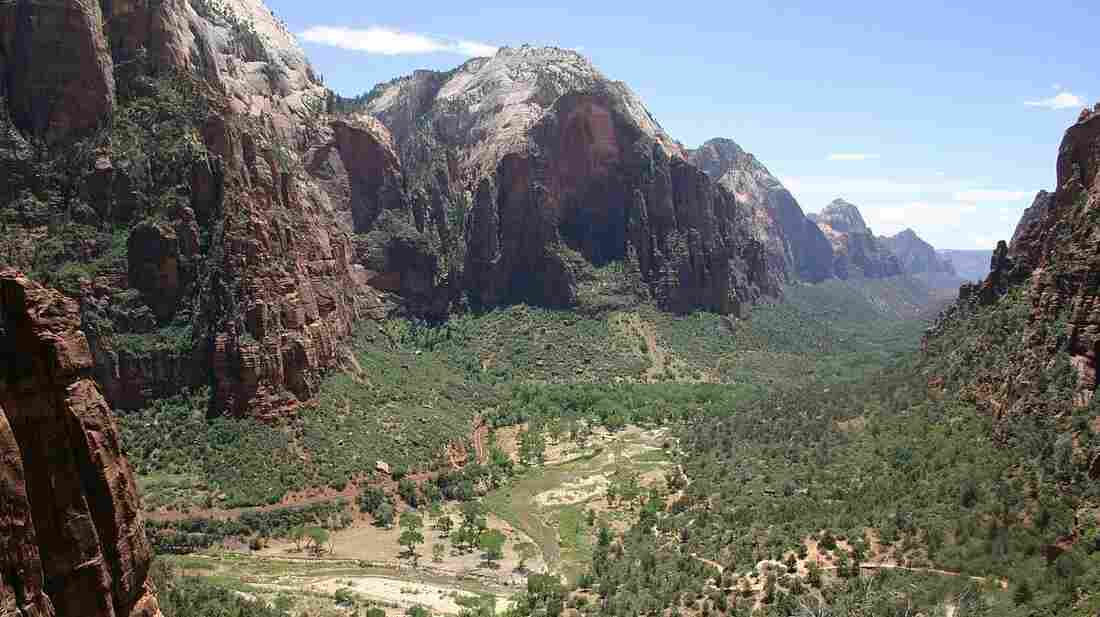 Maybe you can find that creative spark out in Zion National Park in southwestern Utah. Jeff Turner/Wikimedia Commons hide caption 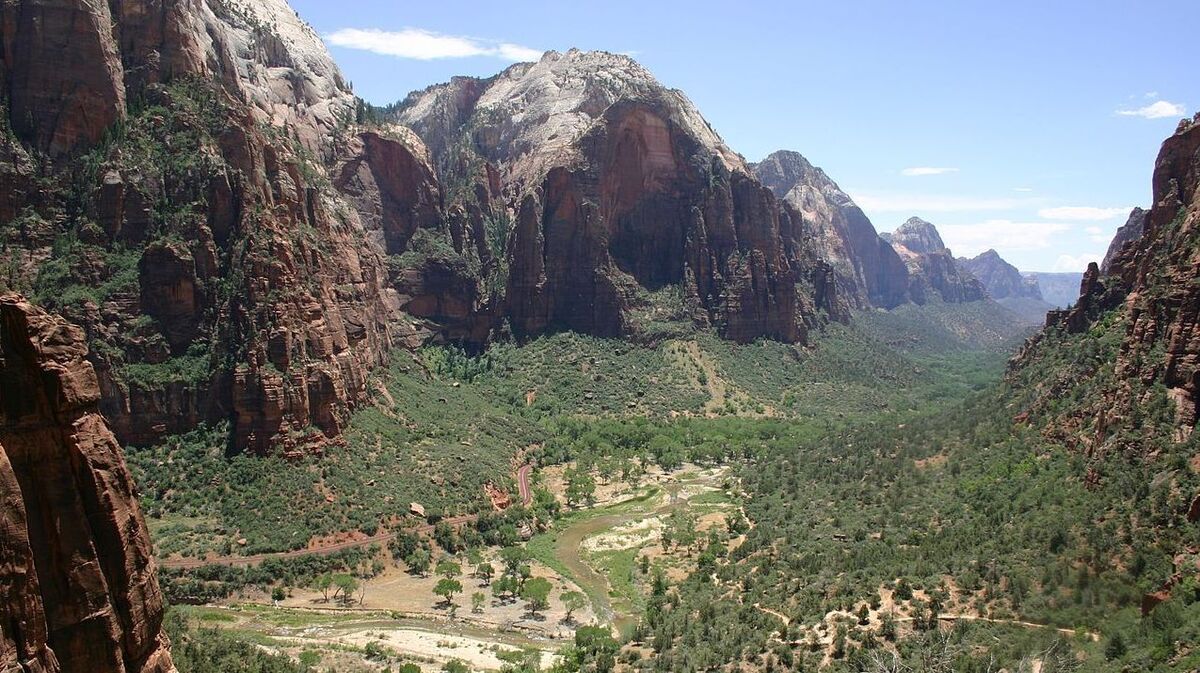 Maybe you can find that creative spark out in Zion National Park in southwestern Utah.

Want to be more creative? Drop that iPad and head to the great outdoors.

That's the word from David Strayer, a cognitive neuroscientist who studies multitasking at the University of Utah. He knew that every time he went into the southern Utah desert, far from cellular service, he started to think more clearly.

But he wanted to know if others had the same experience.

To find out, he first sent students out into nature with computers, to test their attention spans. "It was an abysmal failure," Strayer says. "The students didn't want to be anywhere near the computers." Worse still, he says, "the light of the computer screen attracts moths and ants and things. People were having to fight insects."

So much for that experiment. Next he discussed the problem with a group of other cognitive neuroscientists, including Ruth Ann Atchley who studies creativity at the University of Kansas.

Before embarking on a backpacking trip in a Utah canyon, the group took a simple pencil-and-paper creativity quiz, the so-called Remote Associates Test, which asks people to identify word associations that aren't immediately obvious. Four days into the trip, they took the test again.

"I had no real expectations," Strayer told Shots. "But we got a 45 percent improvement. That's a striking effect."

Striking, but hardly scientific. The scores could have improved because the researchers had already taken the test once.

So Strayer connected with Outward Bound, and outdoor leadership program, and asked if he could use their students as test subjects. Outward Bound is notoriously strict about bringing artifacts of modern life into the wilderness. Not only are students not allowed to bring iPods or laptops, they can't even bring a book.

Half of the 56 hikers took the test before going backpacking in the wilderness, and the other half took the RAT test on the fourth day of their trip. The groups went into the wild in Alaska, Colorado, Maine and Washington.

The people who took the test four days into the wilderness did 50 percent better than those who were still immersed in modern life. The study is published in the online journal PLOS One.

What's behind the difference? Strayer thinks there are probably a few things involved.

One is exposure to nature over a number of days, which has been shown in other studies to improve thinking. Strenuous exercise probably helped, too, though all the Outward Bound participants were young and fit. Another factor may well be abandoning electronic devices.

He studies multitasking and driver distraction, and says constant texting and checking in on Facebook are not making us think more clearly.

Strayer now wants to find out what happens in the brains of those people whose creativity seems inspired by nature. He's going to bring portable EEG equipment into the wild, to measure brain activity, and other gear to measure changes in their blood.

All important work, of course. But this may be one case where there's no need to wait for definitive proof. Strayer says he finds some of his clearest thinking happens on his daily walk to work.