Accessibility links
Making The Rich Pay More For Medicare : Shots - Health News Means testing Medicare is one of the few areas where Democrats have shown a willingness to even consider the subject of spending less on the program. But not everyone supports that idea. 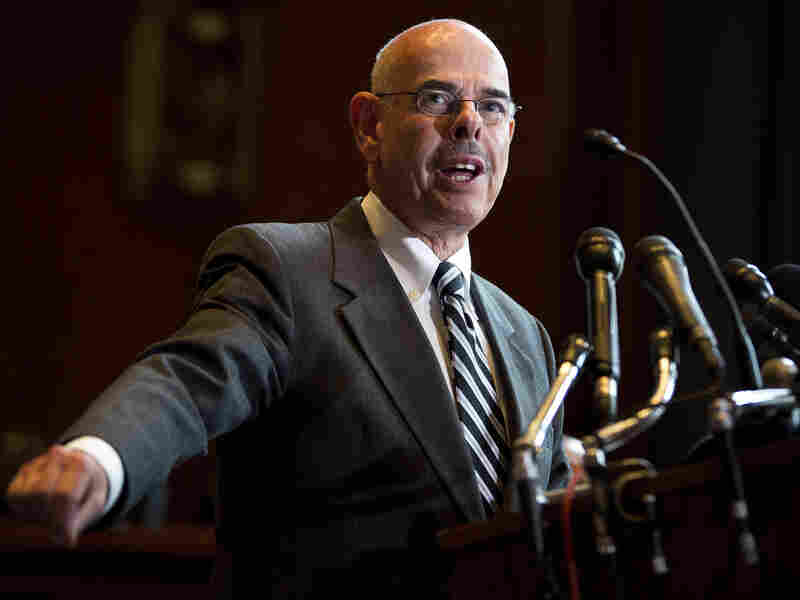 Rep. Henry Waxman, D-Calif., speaks Tuesday at a news conference calling for no reduction in the Medicare and Medicaid budgets, as part of the year-end budget talks on Capitol Hill in Washington. Waxman said he does not support means testing for Medicare. Joshua Roberts/Reuters /Landov hide caption 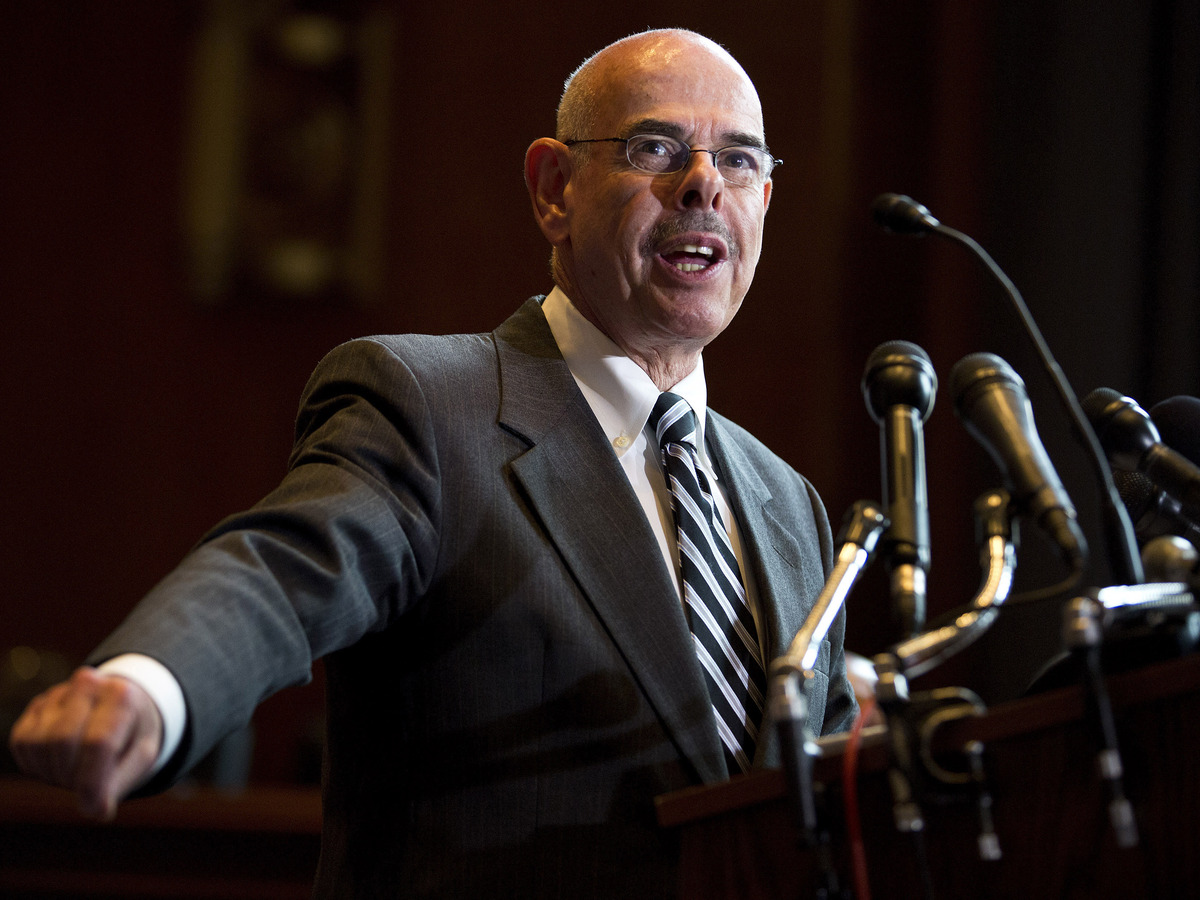 Rep. Henry Waxman, D-Calif., speaks Tuesday at a news conference calling for no reduction in the Medicare and Medicaid budgets, as part of the year-end budget talks on Capitol Hill in Washington. Waxman said he does not support means testing for Medicare.

When it comes to reducing Medicare spending, asking wealthier seniors to pay more is one of the few areas where Democrats have shown a willingness to even consider the subject.

"I do believe there should be means testing. And those of us with higher income in retirement should pay more," said Sen. Dick Durbin, D-Ill., on last Sunday's Meet the Press. "That could be part of the solution."

Robert Moffit of the conservative Heritage Foundation says it will have to be part of the solution if Medicare is to withstand the onslaught of 78 million baby boomers.

"If we [boomers] insist on what we are entitled to under the current law, we are going to guarantee the shrinkage of economic opportunities for our kids and our grandchildren," he said. "I think it's a very, very bad future for this country if we do not get federal entitlements under control."

"We already don't have a common standard social insurance system where everybody gets the same benefits," Moffit says. "We already have means testing."

Meanwhile, at the other end of the income scale, says Moffit, low-income Medicare beneficiaries get special breaks. The very poorest get coverage through Medicaid.

And even those with moderate incomes are spared having to pay increases in their outpatient premiums in years when there's no or only a small increase in Social Security.

"When premiums go up, if premium increases exceed their cost-of-living adjustment for Social Security they're held harmless," he said. "They don't pay the higher premiums."

So Moffit thinks there's plenty of precedent, and plenty of room, to increase the amount, or lower the income threshold for better-off beneficiaries.

"Given the size of the debt, it's probably a good idea for Congress to simply say to the rest of taxpayers, 'Look, we're not going to require you to continue to subsidize the wealthiest retirees. That's probably not the best policy,' " he said. "Those people who can afford to pay more for their health care should do it."

"Higher income is defined as people with incomes of $85,000 or more, and obviously in the tax world we're talking about people with $250,000 in income or higher," said Patricia Neuman of the nonpartisan Kaiser Family Foundation.

Then there's the idea that Medicare premiums are the only thing most seniors pay when it comes to health care. Rep. Allyson Schwartz, D-Pa., who has worked on Medicare issues, says that's hardly the case.

"They get Medigap; they get supplemental insurance. There are copays," she said, referring to the idea that seniors tend to have both lower incomes, and higher health care costs, than most other Americans.

She added: "We want to make sure that we don't do anything that reverses that universality or the benefits and hurt beneficiaries."

There's still one more complication: The Affordable Care Act imposed one other new Medicare tax on the wealthy that's just about to take effect. Starting in January, people with incomes over $200,000 will have to pay the Medicare payroll tax on income from interest, dividends and other nonwage activities. That's one more place budget negotiators won't be able to go to mine more money from Medicare.