Accessibility links
How To Talk To Your Kids About The Conn. Shootings : Shots - Health News Doctors say parents should limit children's exposure to media coverage of disasters, like the mass shooting in Connecticut. Kids, especially older ones, will have questions, and it's fine for parents to answer them. But keep the answers simple and make sure they come with ample reassurance.

How To Talk To Your Kids About The Conn. Shootings

How To Talk To Your Kids About The Conn. Shootings 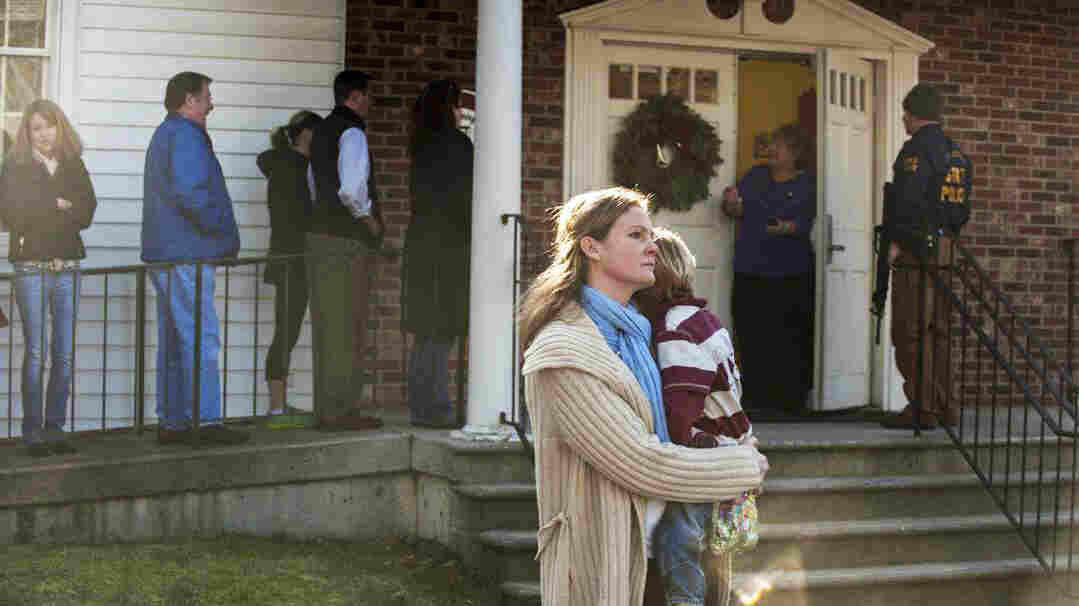 A woman holds a child as people line up to enter the Newtown Methodist Church near the scene of the elementary school shootings in Newtown, Conn. Douglas Healey/Getty Images hide caption 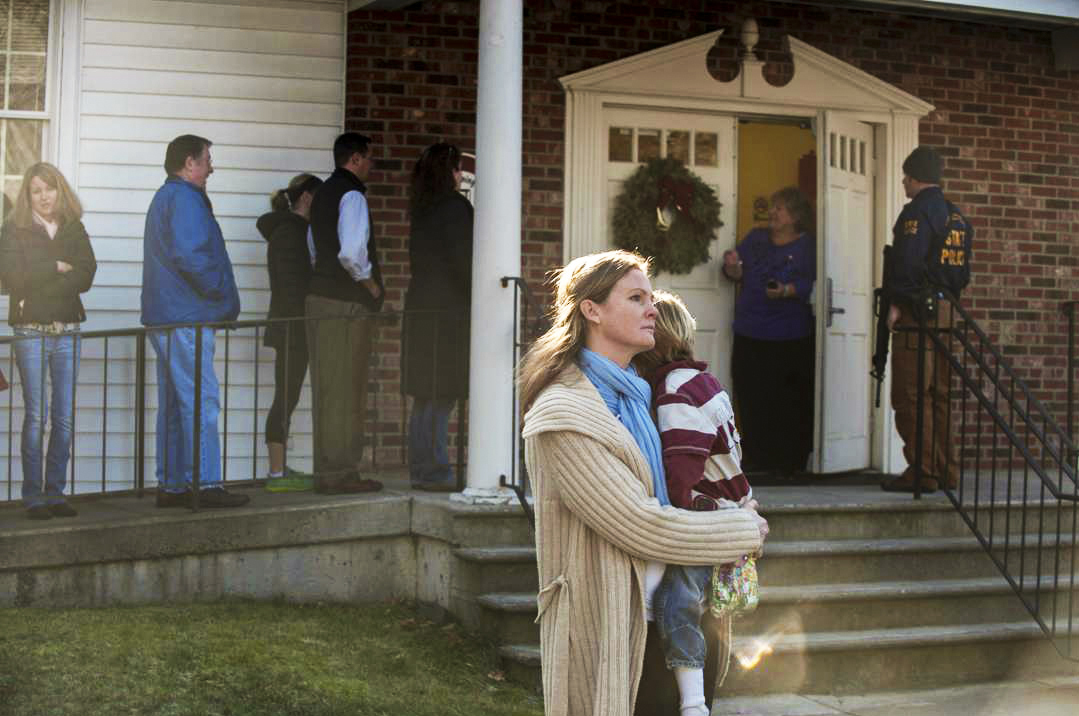 A woman holds a child as people line up to enter the Newtown Methodist Church near the scene of the elementary school shootings in Newtown, Conn.

When acts of violence against children become national news, it's natural for kids to worry and wonder what it means for them.

So amid the coverage of the shootings in Newtown, Conn., that have claimed the lives of 20 schoolchildren, what should parents do for their kids?

"The key thing is limiting their exposure to news media, TV," says Dr. Daniel Fagbuyi, medical director for disaster preparedness and emergency management at Children's National Medical Center in Washington, D.C. "We've found this over and over in different disasters."

Kids, especially older ones, will have questions. "You do have the dialogue with them about it," says Fagbuyi, a pediatric emergency specialist.

Be ready to give reassurance and support. "You want to make them feel secure," he says. " 'Yes, this happened. It was wrong, but here's what we're doing to protect you.' "

A guide from the federal Substance Abuse and Mental Health Services Administration has advice tailored for kids of varying ages.

Infants and toddlers can't really grasp the details of a traumatic event like this one. But they're highly attuned to adult caregivers' emotional reactions and may echo them. Be aware of that.

Preschoolers can understand the basics. "Keep the message simple," Fagbuyi says. Reassure them, but don't lie.

Grade-school kids are smarter and more mature, he says. "Be honest with them," he says. Children this age can handle the facts, but don't make the details too specific. They may be afraid. "Ascertain what are their fears and then address them," he says.

Fagbuyi says parents can share their own feelings with kids this age, too, but be sure to explain what adults are doing to keep children safe.

For older children, their own emotional development can come to bear on how they make sense of the news. Some teens may reflexively say everything is OK, even when it's not.

"For high-schoolers, you have to be upfront and candid," he says. "They'll act out. They may be angry." Let them know it's all right to express their feelings. "Help them do it in a healthy way that's not all bottled up."

If you've got older kids, be with them when they are getting information about the shootings from the TV, radio or Internet. Let them ask questions and talk about the coverage. Don't let them overdo either the talking or the media monitoring.