Accessibility links
Scientists Look For New Drugs In Skin Of Russian Frog : Shots - Health News Secretions from a brown frog's skin contain chemicals that might be useful in fighting bacteria. Russian researchers are cataloging compounds in the slimy goo. Although the odds against them are long, the researchers hope their work will aid the search for new drugs.

Scientists Look For New Drugs In Skin Of Russian Frog

Scientists Look For New Drugs In Skin Of Russian Frog 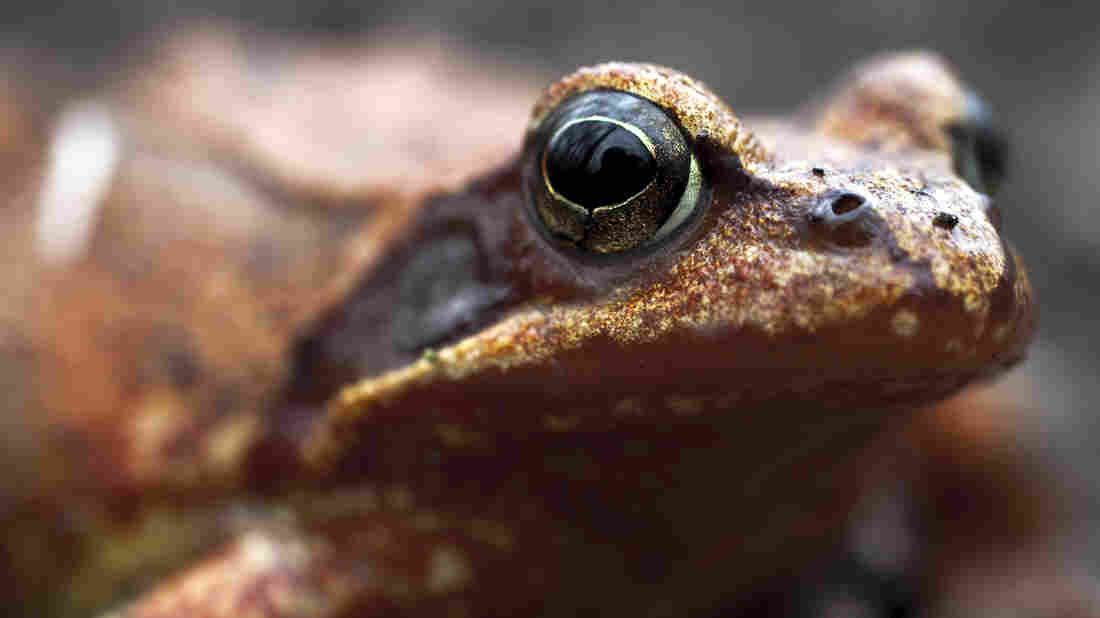 For centuries, Russians believed putting a brown frog in their milk would keep it fresh. Now scientists are finding chemicals in the frog's slimy goo that inhibit the growth of bacteria and fungi. Stefan Arendt/Corbis hide caption 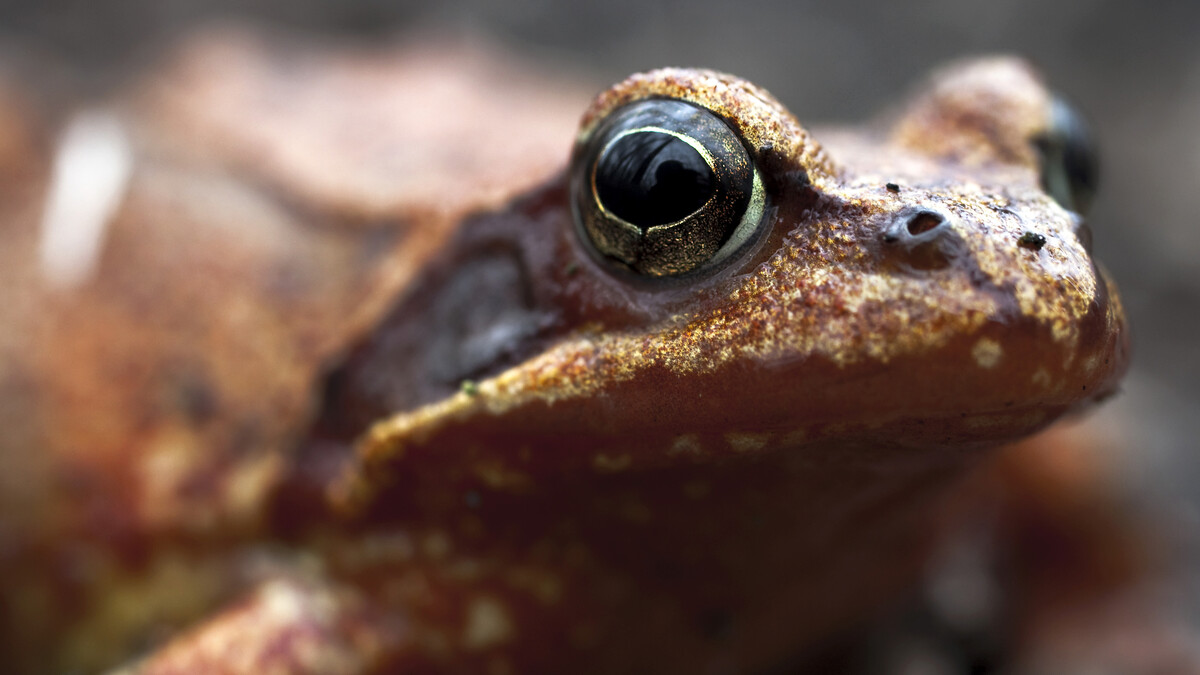 For centuries, Russians believed putting a brown frog in their milk would keep it fresh. Now scientists are finding chemicals in the frog's slimy goo that inhibit the growth of bacteria and fungi.

Before the advent of refrigeration, Russians had a neat trick for keeping their milk from spoiling. They'd drop a live frog in the milk bucket.

The Russians weren't sure how this amphibian dairy treatment worked, but they were convinced it did.

Since then, researchers have discovered that the goo some frogs secrete through their skin has antibacterial and antifungal properties.

One group of scientists led by a Russian chemist is trying to break down this frog goo at a molecular level. The researchers have found compounds they hope will lead to new medicines.

"Their activity is really enormous," says Albert Lebedev, a scientist at Moscow State University, describing the chemicals they've found in the goo.

Frogs have neither teeth nor claws, so the secretions from their skin constitute one of their main defenses against predators large and microscopic, Lebedev tells Shots.

To extract the secretions, Lebedev's team applied electrodes to the skin glands of Russian brown frogs. "It's not harmful," Lebedev says. "A little bit painful for her, but not harmful."

Lebedev's team identified 76 different types of peptides that showed a variety of different properties that could be useful to medical science.

Now that scientists have identified some of the compounds present on the skin of Russian frogs, one of the next steps is to figure out how to create them synthetically. Lebedev says he's spoken with several pharmaceutical companies, including Pfizer, about doing this but his talks haven't led to any firm plans.

Natural substances do sometimes form the basis for synthetic pharmaceuticals, as our very own Adam Cole told us earlier today. But the process is a long and perilous one that leads to disappointment more often that it leads to a new drug, says Jun O. Liu, a professor of pharmacology at the Johns Hopkins University School of Medicine.

"There are natural substances that work in a lab beautifully but then when you give it to a human it's totally inactive or it's toxic," Liu says.

It's certainly possible that new classes of antibiotics or other drugs could be derived from chemicals in frogs' skin. But, Liu says, if that happens, it will be a long, long time before those drugs wind up in the pharmacy.

To read more about what Lebedev and his team found in frogs, check out their paper in the latest issue of the Journal of Proteome Research.