Accessibility links
Research Chimps Get Permanent Retirement Home : Shots - Health News More than 100 federally owned primates have been the subject of controversy. In 2010, the National Institutes of Health made arrangements to move some retired chimpanzees back into the research, spurring protests. But the NIH eventually decided to accept an independent assessment that found there is almost no scientific need for chimps in biomedical research. 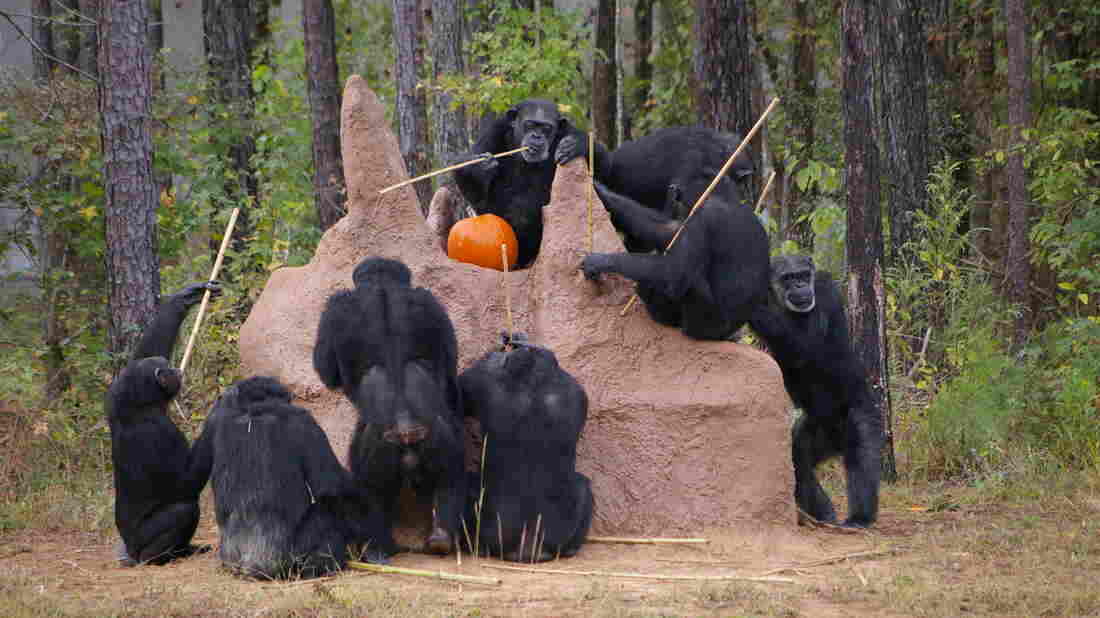 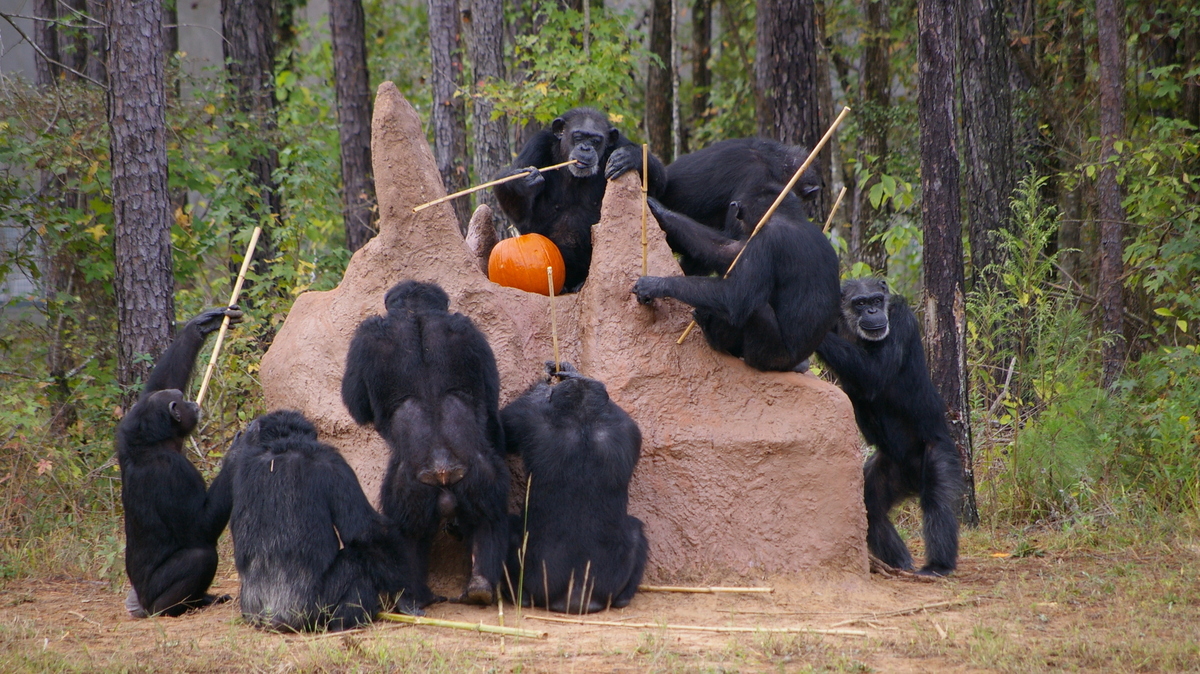 Chimpanzees check out a termite mound at the Chimp Haven sanctuary in Louisiana.

More than 100 chimps retired from medical research are about to get a new home.

Most of the primates who have been living at the New Iberia Research Center will soon make their permanent residence at the Chimp Haven sanctuary, the National Institutes of Health said Wednesday.

The federally owned primates have been the subject of controversy. In 2010, the NIH made arrangements to move some chimps from a research reserve to a research center, spurring protests from several animal-rights groups.

An independent report released last December said there was almost no scientific need for doing biomedical research on chimps. In September, the NIH accepted the report's recommendations and formally retired all chimps at the NIRC, despite some scientists' objections.

Initially, only 10 retired NIRC chimpanzees were expected to arrive at Chimp Haven. Though 10 new residents would have filled the Louisiana sanctuary to capacity, behaviorists were able to create some extra space by carefully rearranging the chimpanzees into new social groups.

"It's actually a very complex process. They have to evaluate their health status, their behavioral attributes, and then they determine how [the chimps] will act in various social groups," says Renate Myles, an NIH spokeswoman. "[The behaviorists] will say, 'Oh I think these chimpanzees will do nicely with these other chimpanzees,' then they try it. If it doesn't work, they have to start all over again," she tells Shots.

In addition to the space created by social reorganization, Chimp Haven will look to expand its facilities with new enclosures that are expected to cost about $2.3 million.

Congress authorized $30 million for the care of chimps retired from biomedical research in the Chimpanzee Health Improvement, Maintenance, and Protection Act in 2000. But the NIH is nearing this cumulative cap, and it can't pay for an expansion at the sanctuary.

The Humane Society of the United States and the Foundation for the National Institutes of Health (an independently funded nonprofit) have pledged to cover the cost of the new facilities.

"NIH has worked diligently to see that the federally owned chimps at New Iberia Research Center will be sent to a world-class sanctuary and the Humane Society of the United States is pleased to fund a portion of the construction costs," said Wayne Pacelle, president and CEO of the Humane Society, in a statement earlier today.

Though only 110 chimpanzees were retired from NIRC in September, 113 will be arriving at Chimp Haven in the next year or so. Eight of the original chimps gave birth to babies. One animal died, and four more were declared too old and frail to make the trip to the sanctuary, NIH's Kathy Hudson said in a media briefing.

A previous version of this post mischaracterized the controversy over federally owned chimpanzees in 2010. The primates remained retired from medical research, but the National Institutes of Health drew criticism for planning to transfer them to a research facility from a reserve.