Accessibility links
Phew! You Survived The Mayan Apocalypse. Now What? : Shots - Health News We have received credible reports that the world has not come to an end, contrary to predictions of doom. But just in case there are signs of annihilation where you live, here's our guide to surviving in the wake of the Mayan Apocalypse. 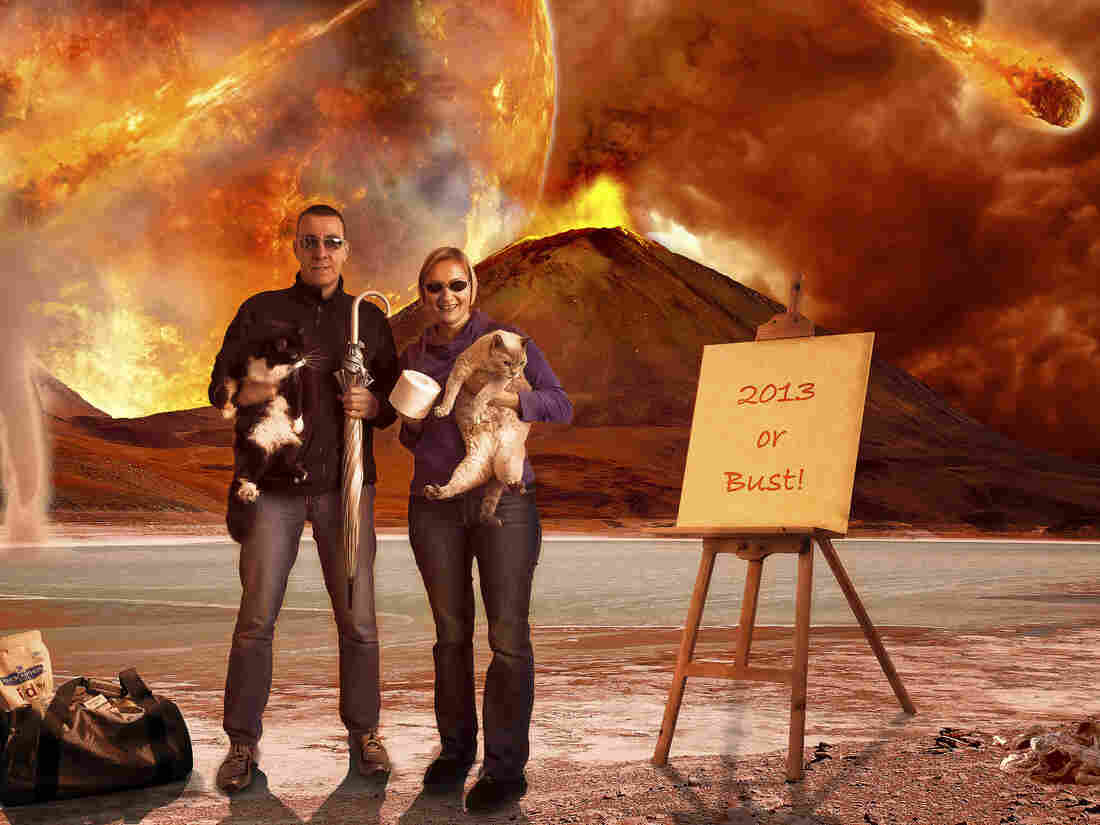 Photographer David Blackwell and his wife prepared for the apocalypse. Cats and cat food? Check. Toilet paper? Check. Exploding volcanoes and hurtling asteroids? Not so much. David Blackwell/Flickr hide caption 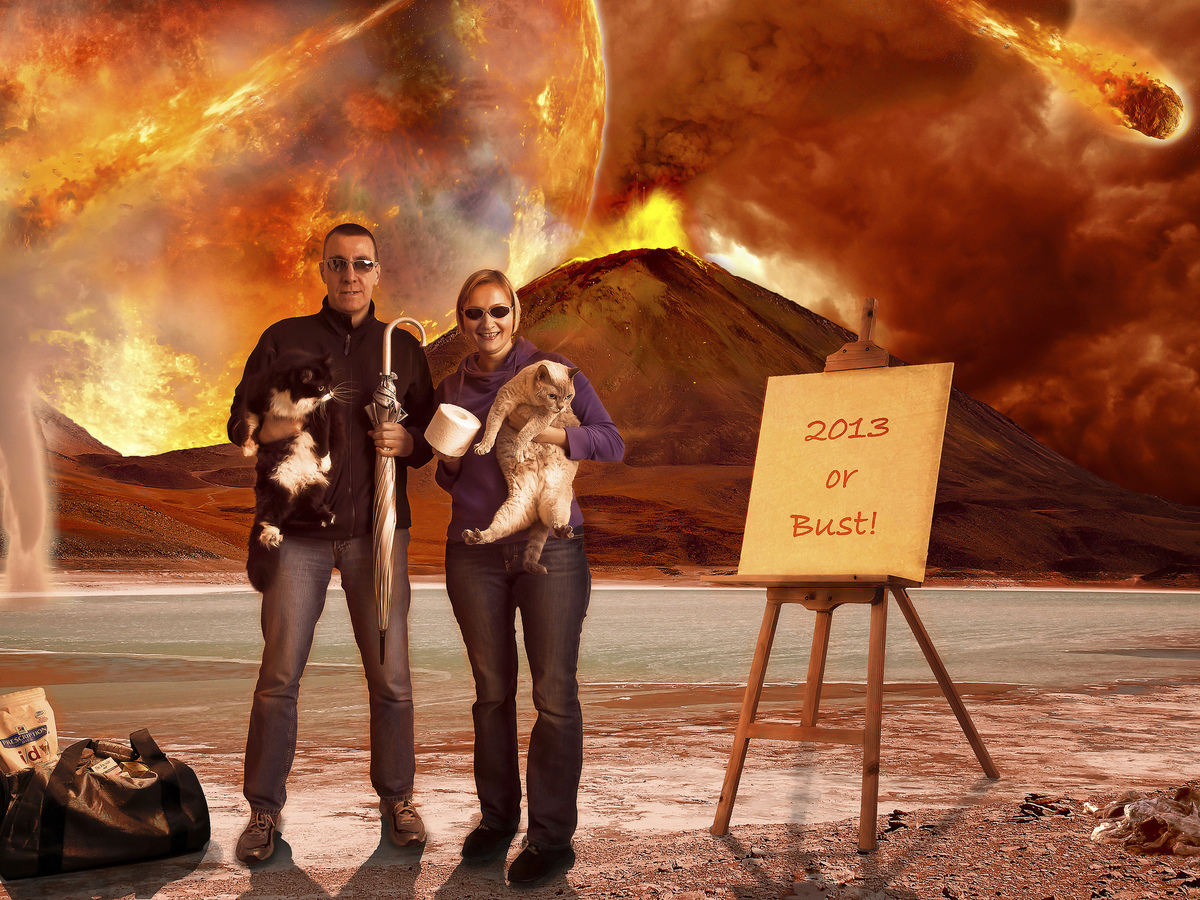 Photographer David Blackwell and his wife prepared for the apocalypse. Cats and cat food? Check. Toilet paper? Check. Exploding volcanoes and hurtling asteroids? Not so much.

Good morning! If you can read this, then we offer our congratulations on surviving the Mayan Apocalypse!

You've evidently made it through the initial cataclysm caused by the collision of Earth with an unknown comet, a massive solar storm, a burst of radiation from the center of the galaxy, the mysterious Planet X (aka Nibiru), or some other catastrophe that scientists assured us wouldn't happen.

Before retreating to your secret underground bunker, we prepared the following survival guide to help you make the most of life in the wake of worldwide disaster.

So you spent the night partying like the world was coming to an end ... and then it did. Time to rehydrate, maybe pop some aspirin, whatever it takes to get you back on your feet and into full-fledged survivalist mode.

Start with the basics: water, food,and shelter. Regular Shots readers will have already prepared emergency kits for such dire situations as zombie infestations and weddings, and those will come in handy now. If you don't have one, it's never too late to grab some canned food, bottled water and first aid supplies. Feel free to raid the homes of less fortunate neighbors who didn't make it — they won't have much use for this stuff anymore.

Speaking of neighbors, you should try to befriend any other survivors you meet. According to the preparedness blog In Case of Survival:

"Since there's safety in numbers, you never know when you'll need someone to watch your back. And, you know, finding a survivor group to join will probably be easier if people in that group actually like you."

Tips for winning acceptance include being kind and fair, and sharing resources. You might try to link up with members of the American Preppers Network, who've been preparing for the end of the world for years. Even if you don't meet any trained survivalists, look for people with skills like gardening, basic construction and medical training.

In the long term, you'll need to start growing your own food. This may be easier or harder depending on the type of disaster the world has just experienced.

According to NASA, collision with a large comet or small mystery planet could cause an "impact winter" — dust clouds that blot out the sun for years at a time, altering the climate and making it very difficult to grow crops. A massive burst of interstellar energy, on the other hand, could deplete the ozone layer, fill the atmosphere with smog and cause acid rain.

Either way, you'll be relying on canned and dehydrated food until the atmosphere recovers enough to start farming. Make sure to grow a variety of fruits and vegetables (you could use Thomas Jefferson's garden as a model).

We've heard reports that some people tried to get a head start on the eve of destruction. But we'd suggest proceeding responsibly, after you've had a chance to assess your food supply and get the lay of the scorched land.

After a few years any remaining birth control pills and condoms will have expired. There are, however, low-tech ways that can help you to choose when to repopulate the planet.

They're not as effective as the best pre-apocalypse methods, but we're evidently going to have to get used to lots of back-to-basics approaches to life from here on out.

Good luck out there, dear reader. The future of the human race is up to you!

Oh, wait. What? There was no apocalypse, you say?