Accessibility links
How A Drug Shortage Hiked Relapse Risks For Lymphoma Patients : Shots - Health News The short supply of a key drug to treat lymphoma forced doctors to switch to another medicine. Now researchers have documented that the fallback drug wasn't as good a choice as many doctors thought. 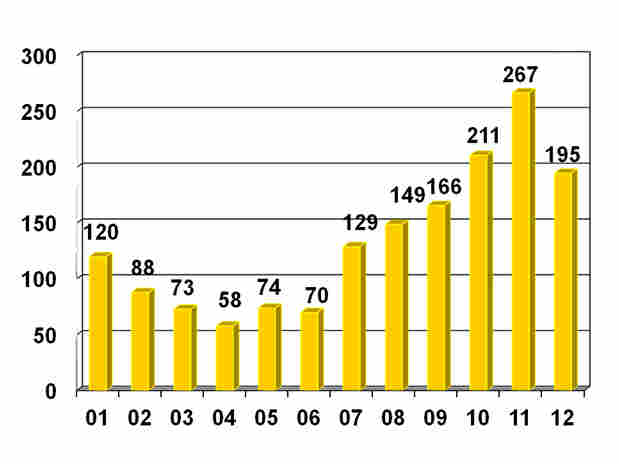 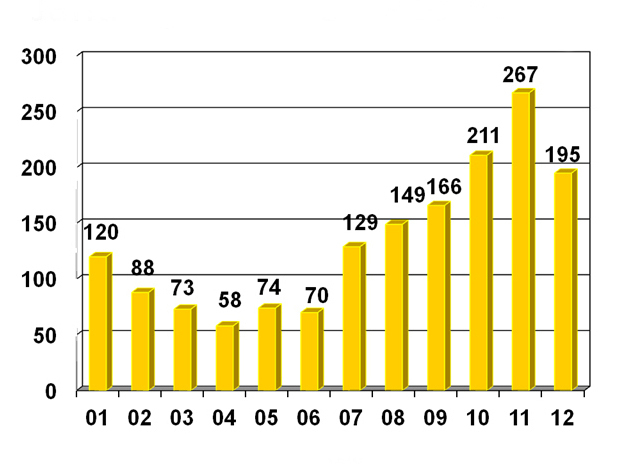 Katie Alonzo was stunned when doctors told her they couldn't get a drug her 10-year-old daughter, Abby, was taking to fight lymphoma.

The company that sells the drug her daughter had been taking had run into problems producing it — the kind of thing that's been causing lots of shortages. Many drugs are made by only one company, so when they have to halt production for some reason, it quickly creates a shortage.

But doctors assured Alonzo that the cancer drug they were giving Abby instead would work just as well, and Abby seemed to be doing OK.

"This was just a stumbling block, and we got over it," Alonzo says. "And I was told that there was nothing wrong with taking this other medication. I'll be fine. And we did and we just kept on from there."

But privately Abby's doctors worried whether their fallback would be just as good. And they knew hundreds of doctors around the country were making similar difficult choices to cope with drug shortages that have been plaguing the country for years.

"Up until now, there was speculation as to these drug shortages. And doctors were worried about what this could mean to their patients. But until now there was no evidence that it actually caused any harm," says Dr. Monika Metzger, one of Abby's physicians at St. Jude Children's Research Hospital in Memphis, Tenn.

So Metzger and her colleagues decided to study the lymphoma patients, ages 3 to 21, who received the chemotherapy drug cyclophosphamide instead of mechlorethamine while participating in a research project.

In this week's issue of New England Journal of Medicine, they are reporting that their fears turned out to be true. Those who got the other drug were significantly more likely to suffer a relapse. The disease-free survival rate was 88 percent for the 181 patients whose treatment included mechlorethamine. In contrast, it was 75 percent for the 40 patients who received cyclophosphamide.

"Unfortunately, we were the first ones to actually prove that, 'Yes, indeed, there was harm done,' " Metzger says.

None of the patients died, but they were forced to undergo another grueling round of chemotherapy, more radiation and procedures to replace their bone marrow.

"It's very toxic. The chemotherapy's incredibly intense. Patients are at a lot of risk of serious complications," Metzger says.

Those complications include infertility for boys, life-threatening infections and an increased risk of developing other cancers later in life because of the additional chemo.

One of the most frightening things about her case is that everyone assumed the substitute drug was just as good, Metzger says.

"This was quite a scary example that even where you think you have the best situation you cannot rely on that substitution," she says.

Pediatric oncologist Michael Link at Stanford University School of Medicine, who helped on the study, says the extent of the problem is huge.

"This is only the tip of the iceberg because this is only dealing with the anti-cancer drugs. We have heard plenty of horror stories because of shortages of antibiotics and anesthetic drugs as well," he says.

Unfortunately, Abby Alonzo was among those patients who suffered a relapse and had to undergo the grueling follow-up treatment.

Abby's now 13. All the cancer and treatment damaged her lungs, making it hard for her to play soccer. But there's no sign of any cancer. Her mom didn't even make the connection between the drug switch and her relapse until a couple of weeks ago, when doctors told her what they discovered.

"The idea that a child might relapse for no other reason except the unavailability of drugs that kids need in order to get rid of their cancer is just insane," Alonzo says.

Federal officials have taken a number of steps to alleviate the shortages, which are usually caused by manufacturing problems. Companies are now required to alert the FDA when a shortage is coming so the agency can try to find alternative sources.

This year was the first in five years that a new record wasn't set for new drug shortages, according to Erin Fox of the University of Utah, who tracks drug shortages. The drug Abby needed just became available again, but about 280 drugs remain scarce, making it clear more needs to be done.