Accessibility links
Dip In Preschoolers' Obesity Hints Worst May Be Past For Weight : Shots - Health News The obesity rate in preschoolers dropped a fraction of a point between 2010 and 2003, a federal study found. Although the change was small, it may signal that the obesity epidemic has peaked.

Dip In Preschoolers' Obesity Hints Worst May Be Past For Weight

Dip In Preschoolers' Obesity Hints Worst May Be Past For Weight 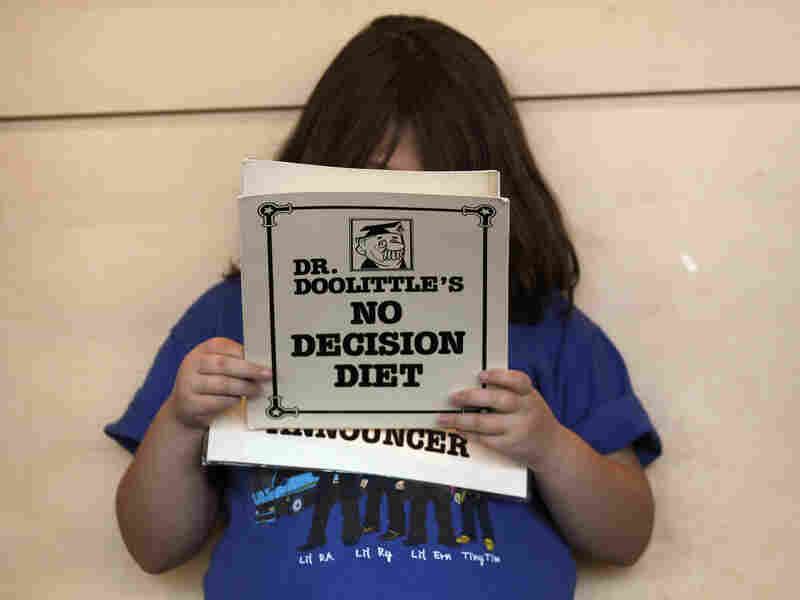 An overweight child reads her part during a skit that was in a 2010 program promoting healthy lifestyles sponsored by Children's Hospital near Denver. John Moore/Getty Images hide caption 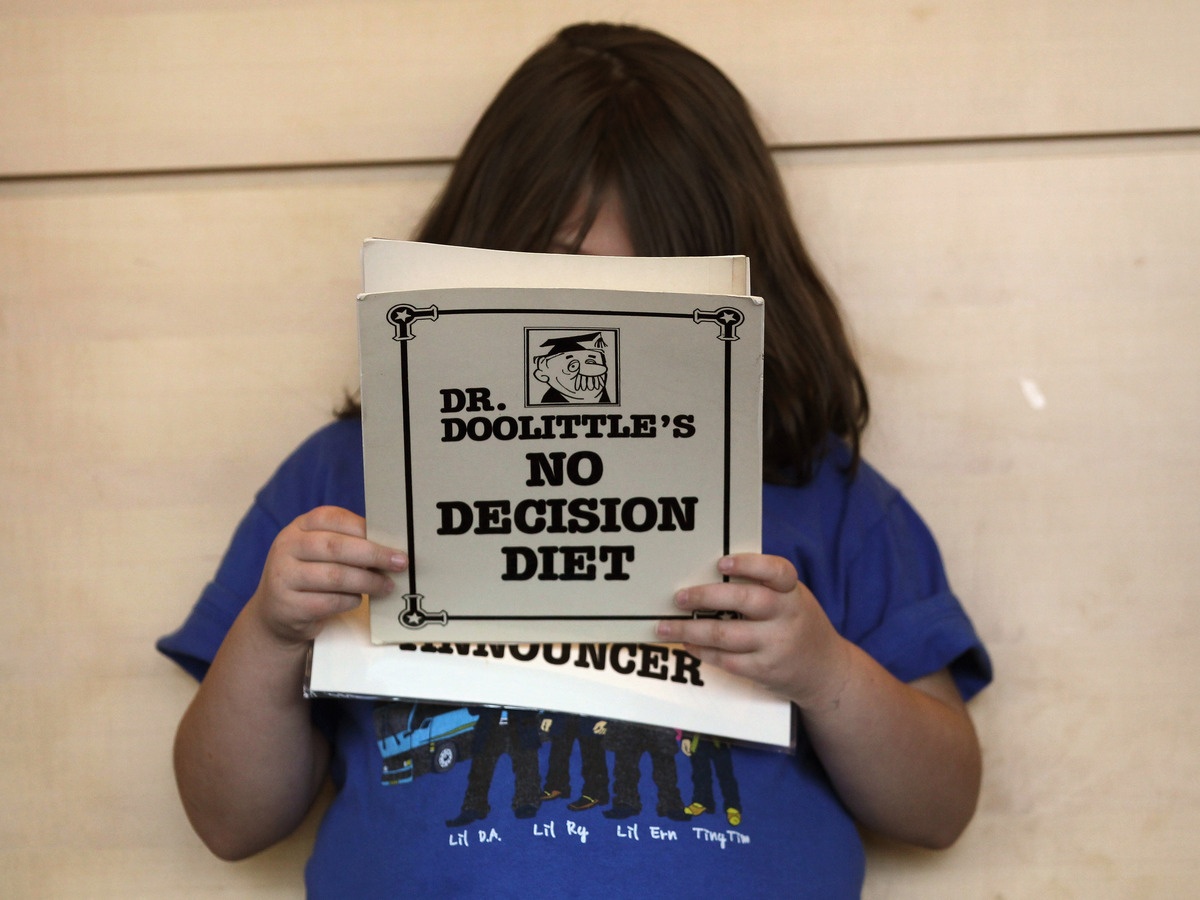 An overweight child reads her part during a skit that was in a 2010 program promoting healthy lifestyles sponsored by Children's Hospital near Denver.

Obesity among preschoolers has dropped a bit, offering hope that a decades-long trend towards dangerously overweight children may finally be on the wane. If the trend continues, it could mean healthier adults in the future.

The findings from the Centers for Disease Control and Prevention follow a reports earlier this year that found declines in obesity rates among school-aged children.

The CDC researchers gleaned the numbers by looking at the height and weight of 27 million preschoolers, ages 2 to 4, in low-income families. Their families are eligible for food assistance through the federal Women, Infants and Children program.

That's a tiny downtick, to be sure. But after years of bad news on the obesity front, it's something different and encouraging.

Researchers are heartened because this study looked at low-income children, who are more likely to be obese. About 20 percent of poor children are obese, compared to 12 percent in wealthier families.

A 3-year-old boy is considered obese at 37 pounds, and extremely obese at 44 pounds. The study was published in JAMA, the Journal of the American Medical Association.

"We've been trying to think about what's happened in the United States over the past decade," says Heidi Blanck, acting director of division of nutrition, physical activity, and obesity, at CDC, and a co-author of the study. Parents have become more aware of the obesity epidemic, she says, as well as the importance of healthy diet and exercise.

The number of low-income women who breast-feed rose by about 10 percent, and that helps babies maintain healthy weight. Toward the end of the decade, states started promoting nutritious food and exercise in child care, where 60 percent of preschoolers spend their days.

And the WIC program stopped subsidizing juice in favor of whole fruits and vegetables. Blanck says of these bits and pieces, "We call it silver buckshot."

It's too early to know if the improvement is a blip or a trend, says David Ludwig, director of the New Balance Foundation for Obesity Prevention at Boston Children's Hospital, but "any pause in the increase is welcome news." He's co-author of an opinion piece in the same issue of JAMA urging changes in the federal food stamp program, so it doesn't subsidize unhealthful foods.

He cautions that the numbers were gathered before brunt of the recession, which meant more stress and a smaller food budget for poor families. He says that can actually drive obesity rates upward, as parents turn to cheaper high-fat, high-sugar foods to stretch their food dollars.

Over the past decade the number of ads promoting sugary drinks to children has soared, with minority children disproportionately represented. A recent report from the Federal Trade Commission shows that while drinks marketed to children were slightly lower in calories in 2009, they still averaged more than 20 grams of added sugar per serving.

Taxpayers are spending a lot of money — about $4 billion a year — on sugary drinks through the food stamp program, Ludwig says. A number of studies have shown them to be a big contributor to excess, and empty, calories. This, he says, "despite clear evidence that sugary beverages have not only no health benefit, but directly promote obesity, diabetes, and heart disease."