Accessibility links
Another Side Effect Of Chemotherapy: 'Chemo Brain' : Shots - Health News For years, researchers have struggled to understand the mental fog that envelops some patients getting chemotherapy. Now a study has found that the cancer treatment significantly decreases brain activity in regions responsible for memory, attention, planning and prioritizing. 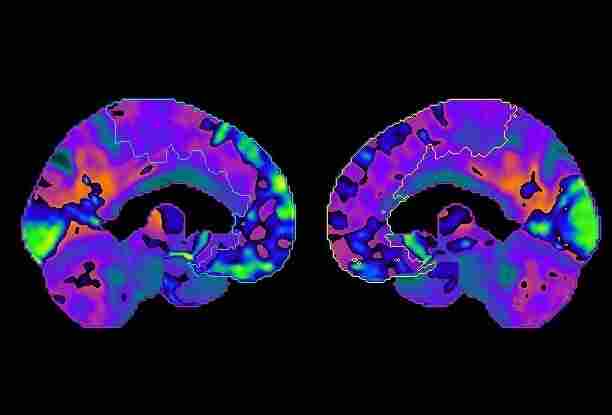 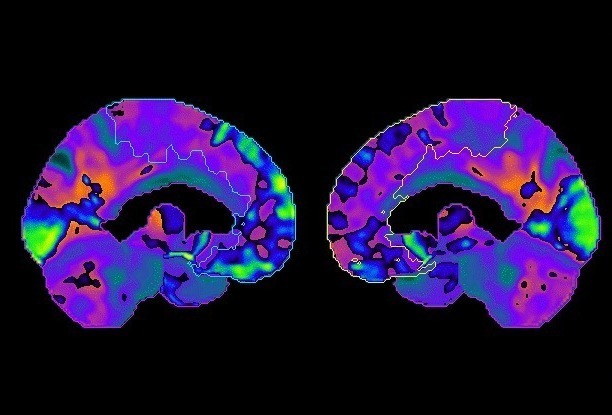 Dr. Jame Abraham used positron emission tomography, or PET, scans to understand differences in brain metabolism before and after chemotherapy.

It's well-known that chemotherapy often comes with side effects like fatigue, hair loss and extreme nausea. What's less well-known is how the cancer treatment affects crucial brain functions, like speech and cognition.

For Yolanda Hunter, a 41-year-old hospice nurse, mother of three and breast cancer patient, these cognitive side effects of chemotherapy were hard to miss.

Before getting treated for cancer, Hunter led a busy, active lifestyle. But the effects of chemotherapy on her brain made it difficult for her to do even the most basic things.

"I couldn't even formulate a smile. I had no expression," she says. "I might feel things on the inside, but it didn't translate to the outside. ... It literally felt like you were trying to fight your way through fog."

Some cancer patients call this mental fog "chemo brain." And now researchers are trying to quantify exactly what chemo brain really is.

Using positron emission tomography, or PET, scans to measure blood flow and brain activity, Abraham looked at the brains of 128 breast cancer patients before they started chemotherapy and then again, six months later.

On the second brain scan, he found significant decreases in brain activity in regions responsible for memory, attention, planning and prioritizing. Those results were recently presented at the Radiological Society of North America meeting.

Chemotherapy "can cause damage to bone marrow, hair cells, mucosa," Abraham says. "In the same way, it can potentially cause changes in the brain cells, too."

But Max Wintermark, a brain imaging specialist at the University of Virginia, says the findings bring up more questions than answers: Do brain changes occur with all types of chemotherapy or just one type? Do they only happen to breast cancer patients or to all cancer patients?

Wintermark says these are critical questions that warrant further study.

In the meantime, Wintermark says there are some simple ways cancer patients can work around "chemo brain": reminders on sticky notes and detailed grocery lists.