Accessibility links
Breast Cancer: What We Learned In 2012 : Shots - Health News The 2012 mammography debate was a continuation of a controversy touched off three years ago when a government task force said women under 50 don't need regular mammograms. And one recent analysis found that regular screenings haven't reduced the rate of advanced breast cancers. 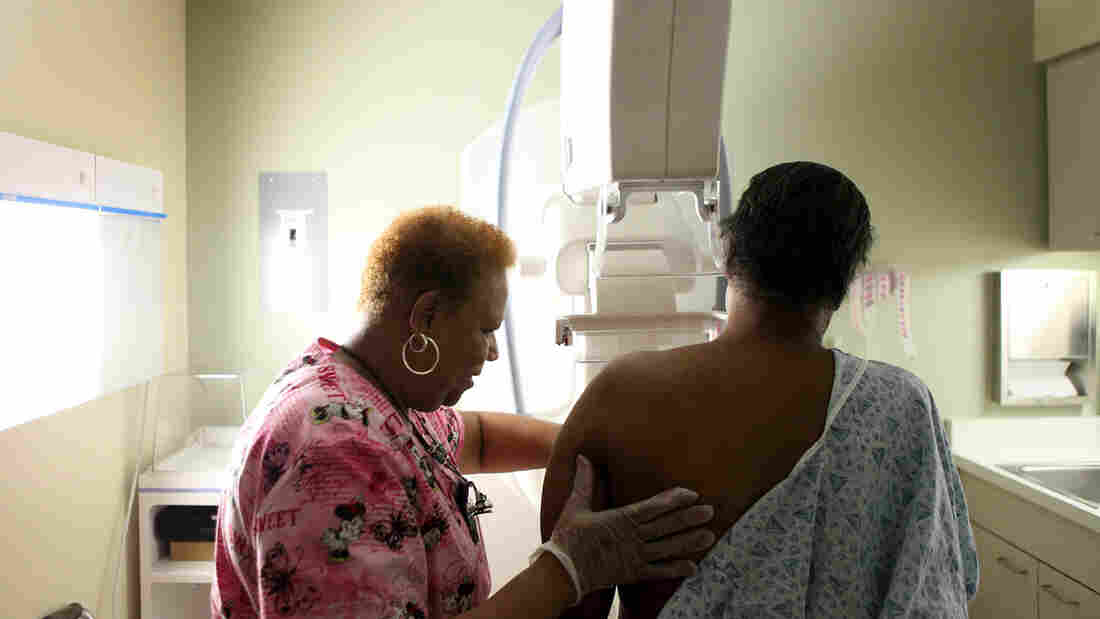 The past year has seen more debate about the best way to find breast cancers.

A recent analysis concluded that regular mammograms haven't reduced the rate of advanced breast cancers — but they have led more than a million women to be diagnosed with tumors that didn't need to be treated.

"For mammography screening to work, it must take women who are destined to develop late-stage cancers and find them when they're early-stage," Dr. H. Gilbert Welch, co-author of that analysis, tells Shots. "Unfortunately, it looks like screening has had very little impact on the rate at which women present with late-stage cancer."

"They just used the wrong numbers," says Dr. Daniel Kopans of Massachusetts General Hospital. "Had they used the correct estimate, they would have found there's been a major decrease in advanced cancers." 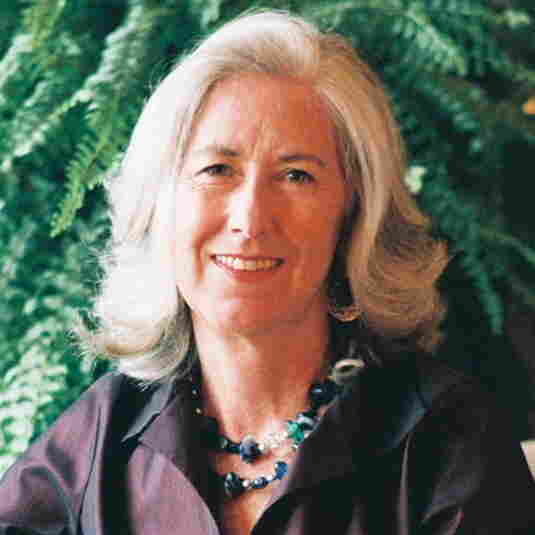 Shannon Brownlee of the New America Foundation has decided to forgo annual mammograms. She's the author of Overtreated: Why Too Much Medicine is Making Us Sicker and Poorer. Courtesy of Sara Grosvenor hide caption

Kopans is promoting a new technology — which he invented — that promises to find even more and smaller breast tumors. We'll come back to that shortly.

The 2012 mammography debate is a continuation of a controversy touched off three years ago when the U.S. Preventive Services Task Force said women under 50 don't need regular mammograms. That panel says the risks of needless biopsies and unnecessary treatment outweigh the benefits in lives saved.

Faced with such conflicting claims, some women are forgoing regular mammograms. But the fear of breast cancer is so great that other women are doubling down. They're getting radical treatments, even double mastectomies, for precancerous tumors that some authorities think would never cause them harm.

Health writer Shannon Brownlee of the New America Foundation says the issue is a prime example of what she calls American medicine's tendency to overdiagnose and overtreat disease. She's the author of Overtreated: Why Too Much Medicine Is Making Us Sicker and Poorer.

Currently, Brownlee says, most doctors present annual mammograms as a "got-to-do-it" thing, not an individual choice.

Brownlee, who's 56, has made up her mind. She doesn't get regular mammograms. But she says it wasn't easy.

"We have been told for, oh, almost a century now that catching cancer early is always a good thing," she tells Shots. "So when people come along and say, 'Well, maybe screening may not always be such a great thing,' it's very, very difficult to contemplate that."

As she delved into the subject, Brownlee was impressed with the downside of routine mammograms.

Otis Brawley, an oncologist and chief medical officer for the American Cancer Society, tells Shots that 60 percent of women in their 40s who get yearly mammograms for 10 years will be told at some point that the test has found something suspicious requiring further tests. And 35 percent will be told they need a breast biopsy.

In the end, about 0.5 percent of these women will have breast cancer. And, many experts believe some of those would never have caused a problem if they hadn't been diagnosed.

When Brownlee decided she didn't want an annual mammogram, that put her at loggerheads with her doctor.

"She would say, 'You have to get a mammogram,' and I would demur," Brownlee explains. "And she would say, 'Not a week goes by that a patient of mine didn't have her life saved by getting a mammogram.' And I wanted to say, 'How do you know?' Because you can't know after the fact."

That, in fact, is true. While studies show routine mammograms do save lives overall, even their staunchest advocates acknowledge you can't know in a particular case.

Eventually, Brownlee and her doctor worked it out. She said she'd get an occasional mammogram in her 50s, and promised the doctor that she'd get treated if an invasive cancer was found. (The doctor had assumed that she wouldn't.) 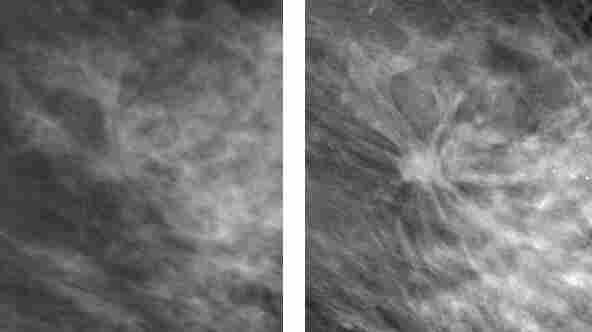 Side-by-side comparisons of a conventional mammogram in which a breast cancer is hidden, and a new 3-D mammogram of the same breast that reveals a malignant tumor. Courtesy Dr. Daniel Kopans/Massachusetts General Hospital hide caption 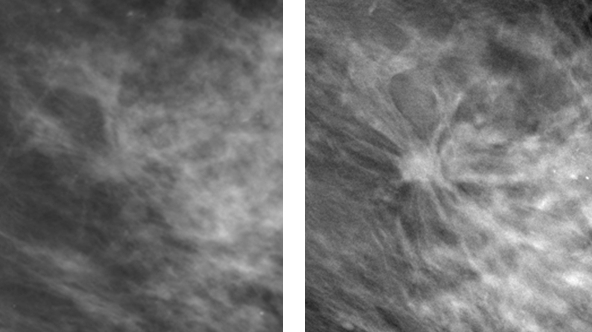 Side-by-side comparisons of a conventional mammogram in which a breast cancer is hidden, and a new 3-D mammogram of the same breast that reveals a malignant tumor.

Kopans, the mammography specialist in Boston, has an answer to those who lament the high rate of false positives from mammograms — those indicating something suspicious that turns out not to be cancer. He's invented a 3-D mammogram called tomosynthesis.

It uses a computer to create 3-D pictures of the breast. It subtracts a lot of the visual fuzziness, or noise, in 2-D mammograms that obscures many breast tumors.

"With tomosynthesis, I can page through the breast as if it's the pages in a book," Kopans says, demonstrating the technology in a closet-sized room at Massachusetts General Hospital. "Now I'm pointing to a cancer that's much more easily seen because we've gotten what's in front and what's in back [of it] out of the way."

Kopans, who says he has no financial stake in companies marketing tomosynthesis machines, says 3-D mammograms will drastically reduce the percentage of women who are called back after a routine mammogram for further tests, including biopsies.

"It's pretty clear we detect more cancers with it," he says.

But some, like Brawley, worry that as doctors find more and smaller breast tumors, they'll also increase the detection of breast cancers that probably don't need to be treated. Specialists call that overdiagnosis.

With Routine Mammograms, Some Breast Cancers May Be Overtreated

Brawley says research is under way to answer that important question.

He thinks that's five to 10 years away. Meanwhile, the American Cancer Society recommends that women get regular mammograms, starting in their 40s — as long as they understand it may lead them into difficult choices about what to do next.