Accessibility links
Can Skinny Models Undermine Your Dieting Goals? : Shots - Health News Many people turn to superfit models for weight-loss inspiration. There's growing evidence that this is a mistake. New research from the Netherlands explores whether repeated exposure to images of skinny models helps or hinders dieters. 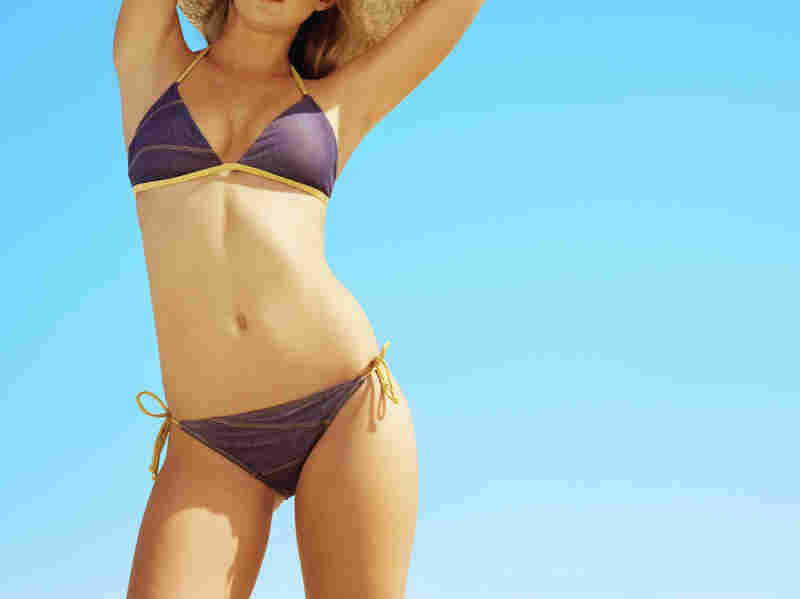 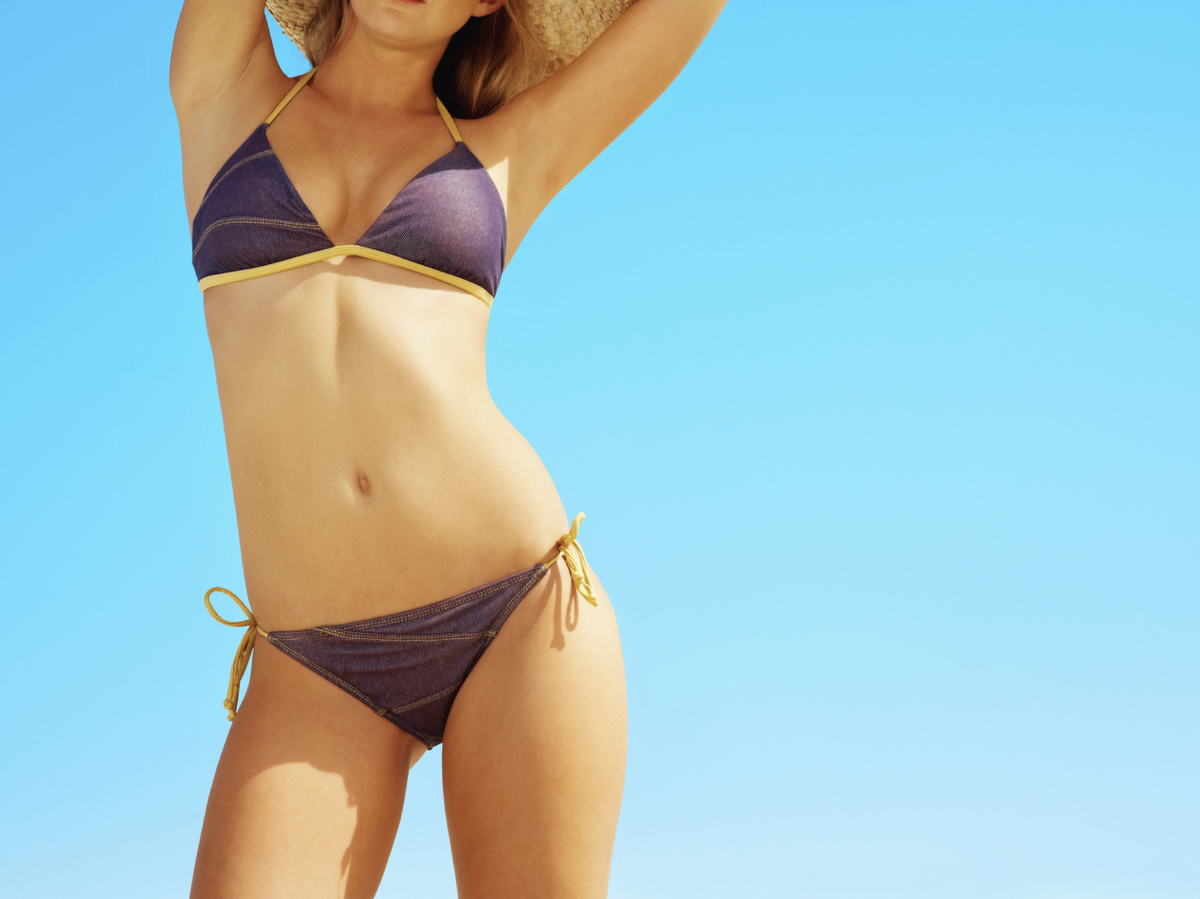 The millions of Americans who make New Year's resolutions to lose weight often have pictures in mind.

They're pictures that have been repeatedly supplied by the health and beauty magazines at supermarket checkout lines. They feature skinny models in bikinis, or toned guys with six-pack abs, and captions about how you could look like this by summer.

Some people go so far as to tape these pictures onto their refrigerators and cupboards. When they're tempted to reach for a cookie, they reason, the sight of that toned model might dissuade them from breaking their resolutions.

"There's one commercial for a cereal brand which actually targets women that want to lose weight," said Anne Klesse, a researcher at Tilburg University in the Netherlands. "And in this commercial, there's a woman who wants to fit in a very nice dress. And to make herself more motivated, she puts a picture of a skinny model wearing this dress on her fridge and on the vending machine."

The research to date on the effect of such models has been mixed. Some studies suggest such images lower the self-esteem of dieters by giving them unrealistic goals. Others say they increase motivation by inspiring dieters about what's possible.

Klesse and her colleagues recently conducted an experiment to see what effect the skinny models had on dieters.

But half of the volunteers got a diary that featured a skinny model on the cover and on every page. The other half got diaries with the neutral image of a logo.

The results were sobering.

Klesse and her colleagues found that the volunteers in the two groups did about the same at the beginning of the study. But as the weight-loss program continued, the people who saw the skinny model every time they opened their diaries fell off the wagon. They started sneaking in snacks.

How Changing Visual Cues Can Affect Attitudes About Weight

To guard against the possibility that there was something about the model apart from her skinniness that was driving the phenomenon, the researchers conducted a second experiment comparing the effects of diaries with the very skinny model and diaries featuring the same model but altered to look like she's of average weight.

Again, the researchers found that it was the skinny model that caused dieters to gain weight.

"Being constantly exposed before and after eating, every time I am writing in my diary, I am reminded of a very skinny model, the idea comes up that it is not attainable for me," Klesse said.

In the study, the researchers said repeated exposure to models with unrealistic body sizes "changes the dieter's belief about the very attainability of a thinner self. Our findings reveal that the perception that a goal is unattainable demotivates dieters from investing effort in achieving the goal and causes them to disengage from the goal."