Accessibility links
Binge Drinking Among Women Is Both Dangerous And Overlooked : Shots - Health News About 13 percent of U.S. women go on drinking binges each month, say officials at the Centers for Disease Control and Prevention. The damage from binge drinking runs the gamut from death to unintended pregnancy. Public health officials say binge drinking can be curbed with greater awareness and thoughtful interventions. 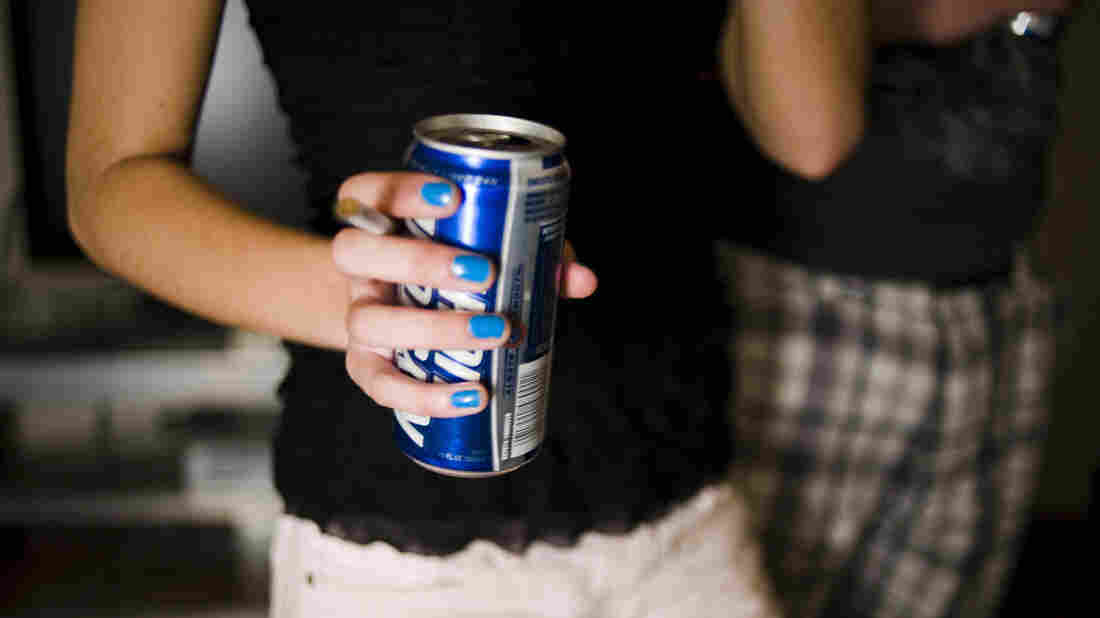 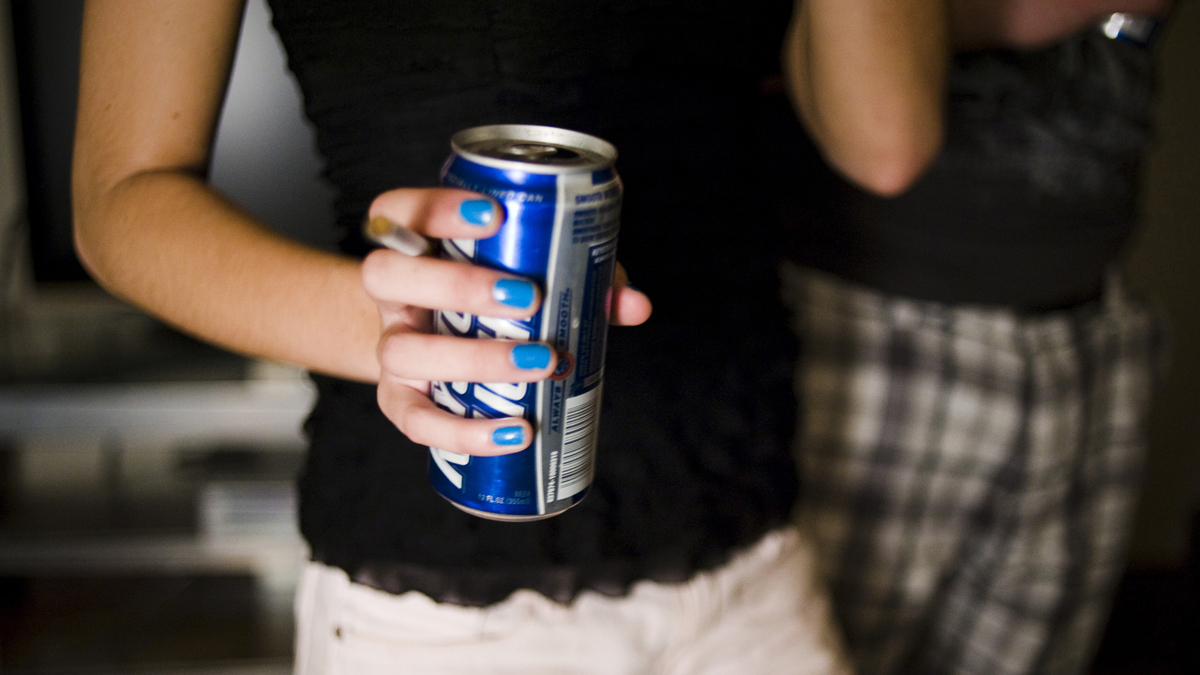 A picture from the photo story "Keg Stand Queens," which explores the gender dynamics of undergraduate binge drinking.

Binge drinking is something many people want to shrug off.

But officials at the Centers for Disease Control and Prevention say it's a public health problem that deserves more attention.

You might be tempted to think binge drinking is mainly an issue for men, but that's not the case. So the CDC is putting the spotlight on women's binge drinking, which it says is both dangerous and overlooked.

About 13 percent of U.S. women go on drinking binges each month, says the CDC, citing survey data collected in 2011. Among high school girls, the figure is around 20 percent.

Consuming four or more drinks in a single session is considered a binge for women, in case you were wondering. For men, five or more drinks define a binge.

All told, the CDC figures 14 million women in the U.S. binge drink. Those who binge, do it an average of about three times a month. And when they binge, they're drinking around six drinks each time. Most binge drinkers aren't dependent on alcohol, the CDC says.

Blackouts Predict Which Binge-Drinking Students Will End Up In ERs

Binge drinking is more common among non-Hispanic whites (a prevalence of 13 percent). And it becomes more common as household income rises. It's most frequent — at 16 percent — among women in households earning $75,000 or more a year.

The CDC says the harms from binge drinking, which run the gamut from preventable death to unintended pregnancy, can be curbed with greater awareness and thoughtful interventions.

Dr. Robert Brewer, head of the CDC's alcohol program, called the prevalence of binge drinking among women and girls "alarming to see." But, he said in a statement Tuesday, there are prevention strategies that work, including restrictions on alcohol sales, and better screening and counseling.

A previous study found that college students (both male and female) who black out from drinking are the most likely to wind up in the emergency room. Prevention efforts geared to them could pay particular dividends.

The CDC didn't explore why women binge drink. But some researchers place at least part of the blame on alcohol companies targeting women with advertising and new products.

"Virginia Slims was the beginning of an increase in cigarette smoking for women," says David Jernigan, a specialist in alcohol policy at Johns Hopkins, tells NPR's Rob Stein. "The equivalent in alcohol has been the rise of these products we call 'alcopops.' They're fruity, bubbly, brightly colored. On college campuses they're known as 'chick beer.' "

Jernigan says these products are cheap, advertised widely and sold in many grocery and convenience stores, encouraging girls and young women to abuse alcohol.

The alcoholic beverage industry disputes all this. While the industry agrees that binge drinking is a problem, it says that drinking among teens is at an all-time low, and that there's no evidence the marketing of specific products plays any role in binge drinking.