Accessibility links
As Cases Spike, Flu Season May Be Peaking In Boston : Shots - Health News Warnings that this year's flu season was likely to be a bad one are already bearing out in Boston. But an infectious disease doctor says the flu season may have already peaked last week.

As Cases Spike, Flu Season May Be Peaking In Boston

As Cases Spike, Flu Season May Be Peaking In Boston 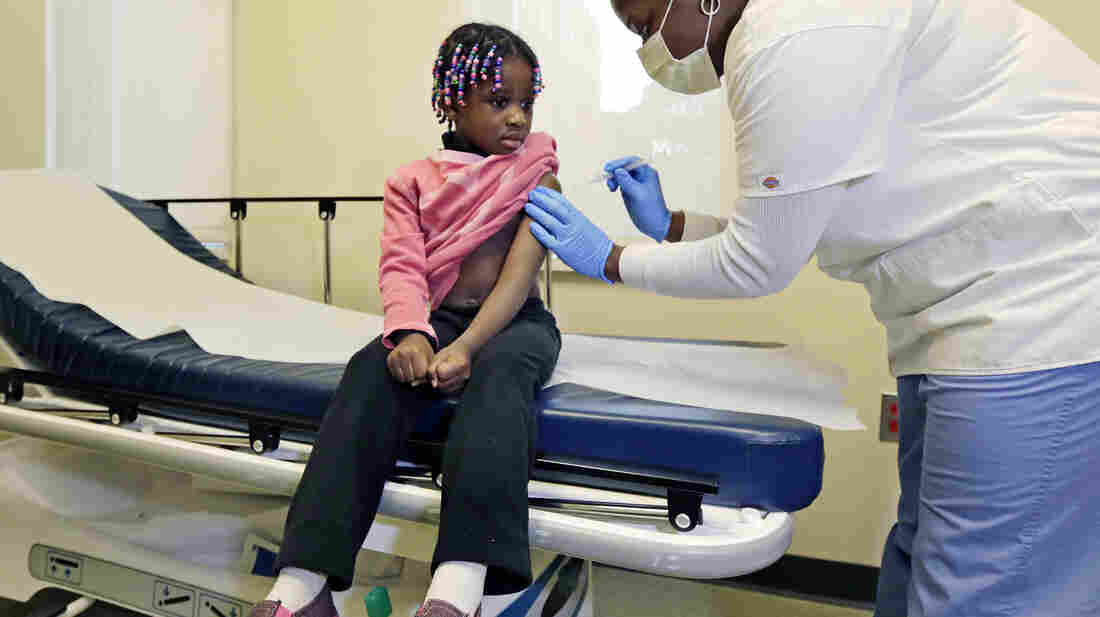 We were warned that this year's flu season was likely to be a bad one, and now that forecast is starting to bear out.

Some 41 states are reporting widespread flu cases, according to the Centers for Disease Control and Prevention. And on Wednesday, Boston Mayor Thomas Menino decided that city hospitals are strained enough to warrant a public health emergency now that the city has confirmed 700 cases since the unofficial start of the flu season on Oct. 1. That's 10 times the total number of cases the city saw in the 2011-2012 season, by the way.

The epidemic in Massachusetts is a deadly one, too: So far, 18 flu-related deaths have been reported this season, according to the state Department of Public Health. And health officials say emergency rooms are full of people sick with the flu, creating concerns about occupancy.

So why are things so bad up there in Massachusetts?

David Hooper, chief of the infection control unit at Massachusetts General Hospital, says no one's quite sure.

"It's not clear exactly why it jumped up this year relative to last year, because the flu strains haven't changed," Hooper tells Shots. "But we do know that influenza from year to year is very hard to predict."

Mass General had admitted 167 people with flu as of Monday. The hospital predicts it will see about 1,000 patients with flu by the end of the season. But Hooper says that the worst could be over — the epidemic may have peaked last week.

"The rate of rise of cases slowed in last two weeks and this week's daily rate predicts that the weekly total will be lower than last week's total," he says.

The city of Boston, meanwhile, is still urging people who haven't yet received the vaccine (available as a shot or nasal spray) to go ahead and get it, and will be offering it for free at clinics across the city this weekend. (You can find a list of locations here.)

As NPR's Rob Stein reported earlier this week, the vaccine isn't a 100 percent guarantee against this year's flu, but it remains the best way for the vast majority of people to protect themselves.

And with any vaccine, it's not just about individual health. Vaccines keep the flu from spreading and infecting those at greater risk of serious illness: the elderly, young children, pregnant women and people with certain health conditions (such as asthma, heart disease or other conditions).

In addition to getting the vaccine, the CDC recommends preventative measures to stop the spread of germs (hand washing, limiting contact with others if you're sick) and taking antiviral flu drugs if a doctor prescribes them.