Accessibility links
CDC Says Flu Could Be Waning In Places, But Worst May Not Be Over : Shots - Health News The flu season may be easing up in some parts of the country, but it's far too soon to let you guard down. The Centers for Disease Control and Prevention says influenza infections ebb and flow unpredictably.

CDC Says Flu Could Be Waning In Places, But Worst May Not Be Over

CDC Says Flu Could Be Waning In Places, But Worst May Not Be Over 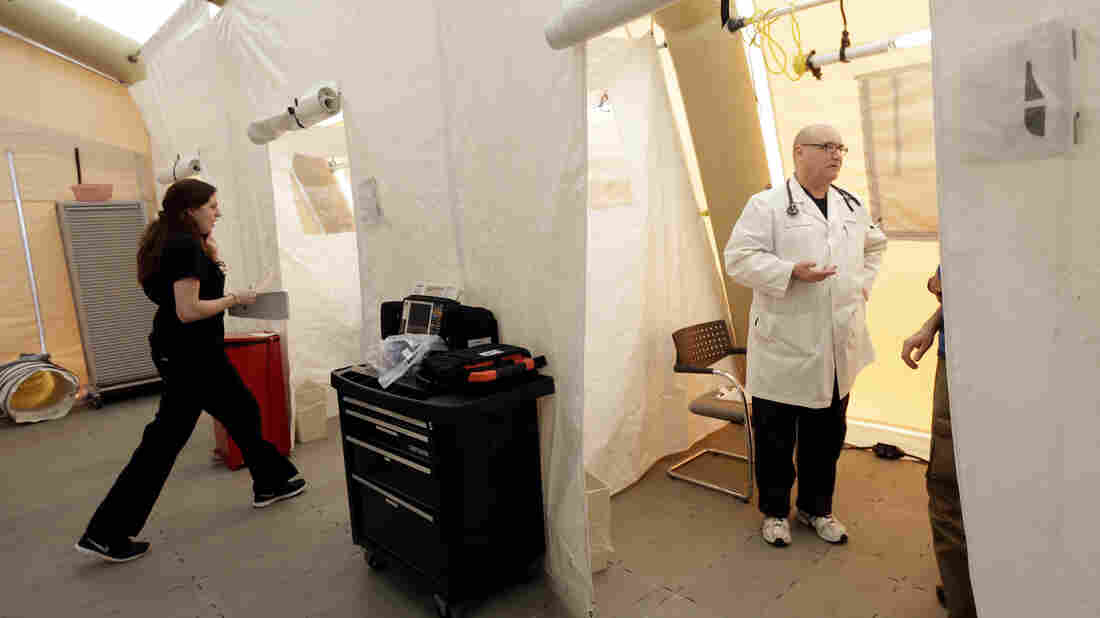 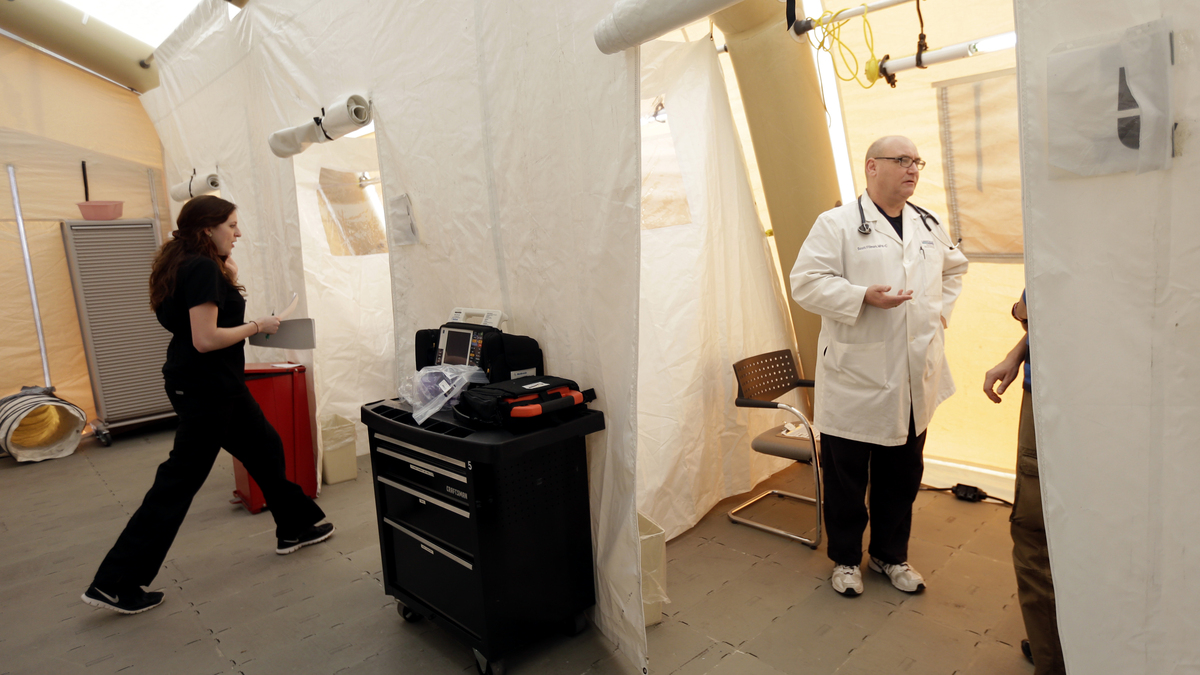 Registered nurse Michelle Newbury and physician assistant Scott Fillman see patients Thursday in a tent set up for people with flu symptoms, just outside the emergency entrance at the Lehigh Valley Hospital in Allentown, Pa.

Federal healthy officials said Friday there are some early signs this year's flu season may be easing in some parts of the country. But they stressed it's far too early to tell whether the flu season has peaked.

There's a chance the flu season may have peaked in some places, like parts of the South and Southeast, where the season started first, Dr. Thomas Frieden, the CDC's director, told reporters during a briefing.

But Frieden says it's unclear whether that's a trend or just a blip. One of the complications is the latest data was collected during the holiday period, which often results in lags in reporting.

Can You Get A Flu Shot And Still Get The Flu?

And more flu is being reported in some places, such as in the West, where the season started the latest.

"Influenza activity ebbs and flows," Frieden says. "The only thing predictable about the flu is it's unpredictable."

CDC officials are still urging people to get vaccinated, and released the first data about how well this year's vaccine is working. So far, they say the vaccine appears to be about effective as usual, protecting people about 62 percent of the time this season.

Vaccination remains the best way to protect against the flu, but there's no ironclad guarantee. The vaccine is typically about 60 percent effective. So some people can get the flu even though they were vaccinated because the shot just didn't work for them.

The vaccine, for example, tends to work less well in the elderly. That's a big problem, since the elderly are among those at greatest risk for serious complications from the flu.