Accessibility links
After The Knee Is Fixed, How Long Before The Player Returns? : Shots - Health News Figuring out when an athlete with damaged knee ligaments can get back in action is an inexact art at best. Doctors have various ways to mend a busted knee, but the results, like car mileage, can vary.

After The Knee Is Fixed, How Long Before The Player Returns?

After The Knee Is Fixed, How Long Before The Player Returns? 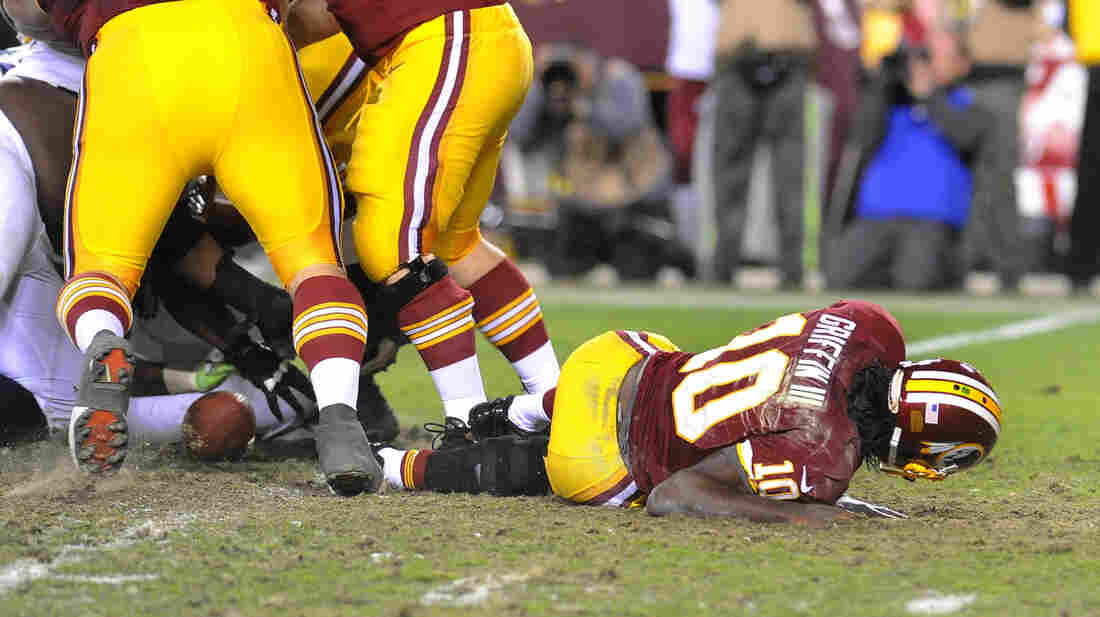 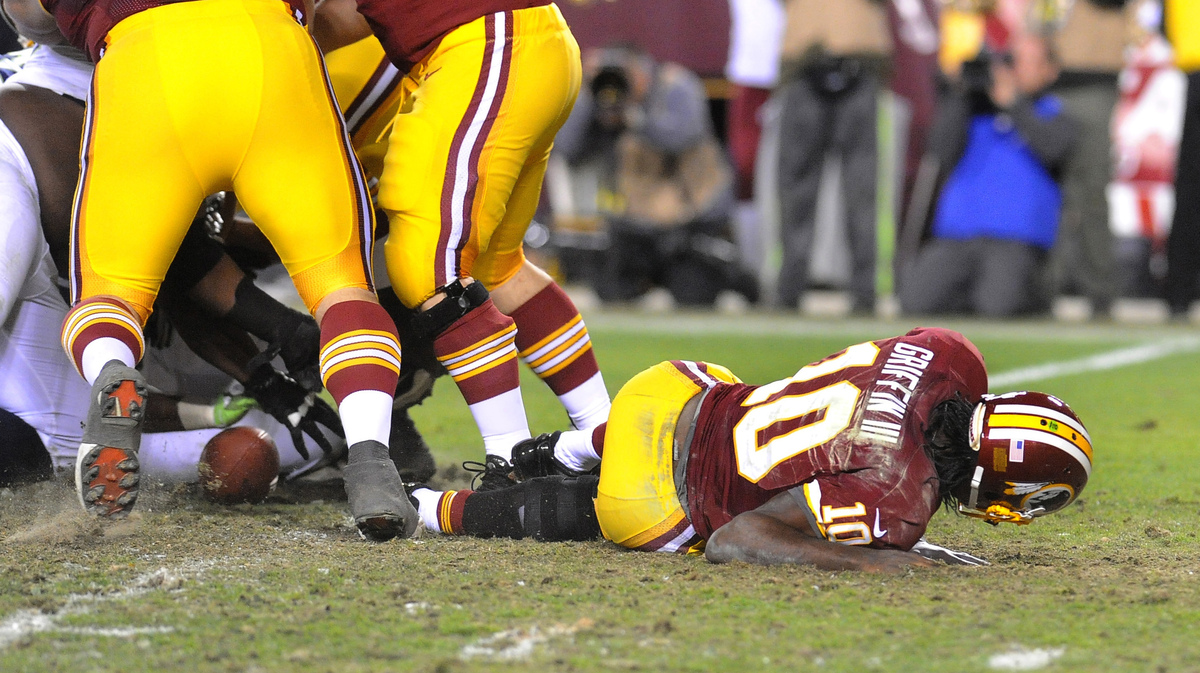 Redskins quarterback Robert Griffin III lays on the field after injuring his knee during an NFL playoff loss to the Seattle Seahawks on January 6. Griffin had knee surgery two days later.

One week after the brilliant young quarterback Robert Griffin III blew out his right knee in an NFL playoff game, fans' questions have morphed from "How could this have happened?" to "When do we get him back?"

But figuring out when an athlete with damaged knee ligaments can get back in action is an inexact art at best, because medicine has yet to come up with a solid way to fix a knee.

Even when doctors make the repairs, the fix often isn't good enough to let an athlete, whether he's a high school soccer forward or a multimillion-dollar quarterback, return in game-winning form.

It takes 11 months, on average, for an NFL player to return to play after anterior cruciate ligament surgery, according to one study. In that case, RGIII would likely miss the 2013 NFL season — a heartbreaking prospect for Redskins fans.

Another review of the skimpy literature on return to play for athletes found that just one-third are able to ever get back in the game. "It is sobering," says Brian Cole, an orthopedic surgeon and researcher at Rush University Medical Center in Chicago, who conducted that review.

He's wrapping up a study on NFL, NBA and pro soccer players, looking at how long it takes the athletes to get back in the game.

So far it looks like soccer player struggle the most with ACL injuries. No ACL, no sports. The ligament that runs up the middle of the knee is the stabilizing anchor that makes it possible to flex, turn and pivot.

Too much torque on the joint can fray a knee ligament, or sever it. About 200,000 people suffer ACL injuries each year, with half of them having surgery, according to the American Academy of Orthopedic Surgeons. ACL damage is common in athletes of all ages, even afflicting grade-schoolers as youth sports become intensive year-round events.

To make the fix, surgeons prefer to use a healthy tendon from elsewhere in someone's body, usually from the kneecap or tendon. That can be a problem for someone like RGIII, who tore the same ACL in 2009, while playing for Baylor University. "Unfortunately, that hurts one part of the knee in order to help another," says Kevin Stone, an orthopedic surgeon at the Stone Clinic in San Francisco. "There are short-term weakness and long-term pain and arthritis consequences."

Indeed, a 2010 study in the New England Journal of Medicine found that surgery was no better than physical therapy when it came to dealing with ACL injuries. Other studies report failure rates of 40 to 100 percent. One theory is that the synovial joint fluid that surrounds the ACL hampers healing there, while the lateral collateral ligament on the outside of the knee, which Griffin also injured, heals more easily.

Long recovery time is another problem, and not just for pro quarterbacks, but for high school athletes who are gunning for college scholarship, or just yearn to play.

When surgeons harvest the replacement ligament, they leave chunks of bone at each end. Those are fastened to the tibia and femur with screws. It takes two to three months for the bone to attach firmly, according to Frederick Azar, an orthopedic surgeon in Memphis who is team physician for the NBA Grizzlies.

Cadaver tissue, which is used when a person has no more ligaments to spare, attaches more slowly, which is one reason that orthopedists are experimenting with using pig ligaments instead.

Growing new nerves and blood vessels around the new ligament can take several months more. "Biology's got to happen, you've got to take time for biology to happen," Azar says. "You balance biology versus the patient being ready to move on to the next step."

Physical therapy to regain strength, stability and balance can take another four to six months, according to the orthopedists' academy. But very few studies have been done on how long it takes to recover and return to play, especially at the pro level.

That's not unlike recovery from another ligament repair common for top draft picks: Tommy John surgery to repair a pitcher's elbow. The Washington Nationals phenom Stephen Strasburg missed a good chunk of the 2012 season, including the playoffs, so as not to overtax an elbow operated on in 2010.

Will Washington's beloved RGIII suffer the same fate? Cole and other researchers are now working on standards to measure things like movement and landing skills. The goal is to know more objectively when a knee is ready to return to play, rather than depending on a player's passion for the game, or a coach's eagerness to put his star back on the field.