Accessibility links
If You Think You're Good At Multitasking, You Probably Aren't : Shots - Health News Multitaskers tend to test high for traits like risk-taking, sensation-seeking and impulsivity. And those very traits interfere with people's ability to stay focused, researchers say. 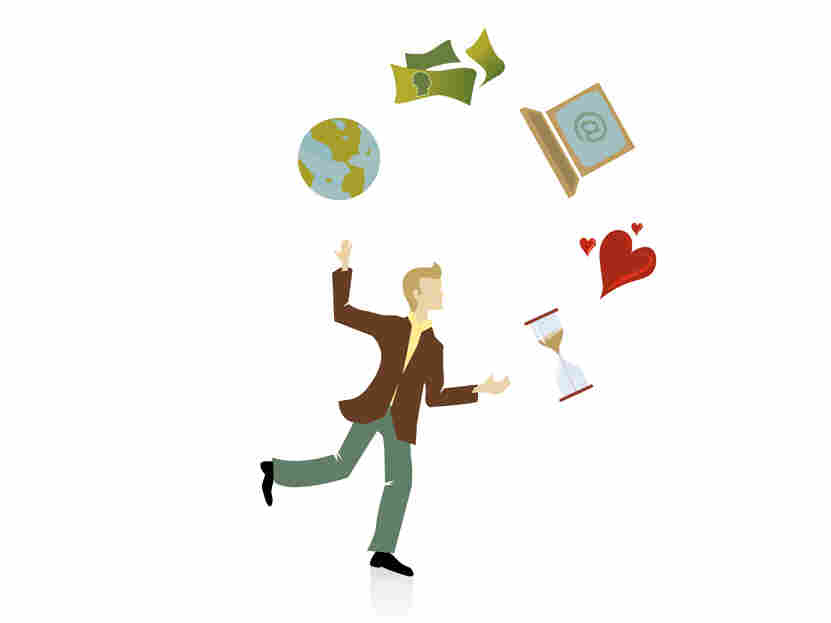 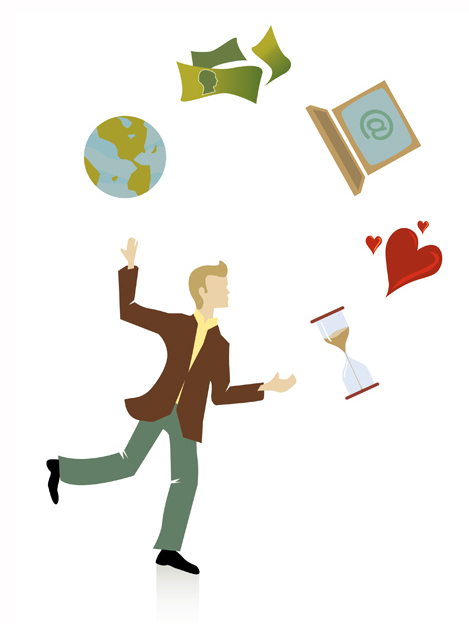 Everybody complains that people shouldn't talk on cellphones while driving. And yet it seems pretty much everybody does it.

That may be because so many of us think we're multitasking ninjas, while the rest of the people nattering away while driving are idiots.

But scientists say that the better people think they are at multitasking, the worse they really are at juggling.

Researchers at the University of Utah wanted to find out which personalities were more likely to try to do two tasks at once. They're keenly interested in people who talk on the phone or text while driving, since there's plenty of data that even using a hands-free phone boosts the risks of accidents.

For quite a few years, researchers have been making the case that people who drive while using phones drive as badly as people who are legally drunk. But we persist in thinking we can handle it.

People don't multitask because they're good at it. They do it because they are more distracted.

How come? The Utah folks speculated that multitaskers would be more apt to test high for traits like risk-taking, sensation-seeking and impulsivity. Turns out the researchers were right.

They asked student volunteers whether they used cellphones while driving, and whether they were good at multitasking. Then they tested the students' multitasking ability by asking them to solve math problems while remembering random strings of letters.

They found that the people who multitasked the most in real life — the impulsive risk-takers — were actually much worse at juggling tasks than people who rarely drove while phoning.

Even worse, these demon multitaskers thought they were terrific at it, though the cold, hard data proved they weren't.

"People don't multitask because they're good at it," says David Sanbonmatsu, a professor of psychology at the University of Utah and lead author of the study, which was published online in the journal PLOS One. "They do it because they are more distracted. They have trouble inhibiting the impulse to do another activity."

Seventy percent of the study participants, all college undergraduates, said they thought they were better than average at multitasking. Of course, that's statistically impossible — a drivers' ed version of Lake Wobegon, with all multitasking drivers above average.

Texting drivers aren't the only ones who think they're aces at jobs they're actually flubbing. There's plenty of other research showing that people tend to overestimate personal attributes like attractiveness and talent. That proved true in this study, too. It was the non-risk-taking non-texters who actually turned out to be better at multitasking. They could maintain focus and get the job done.

"People sometimes think multitasking means greater productivity," Sanbonmatsu told Shots. "That's not what the findings in the literature say at all. A lot of times people multitask because they can't focus on the task that's most important to them."

Sanbonmatsu and his colleagues are now going to look into why we keep driving while texting, even though we know it's dangerous. Maybe it's because we think that, unlike the other mopes on the highway, we're just darned good at it.