Accessibility links
New Norovirus Strain Rips Through The U.S. : Shots - Health News More than half of norovirus outbreaks reported during the last four months of 2012 in the U.S. were caused by a strain first identified in Australia. Restaurants and long-term care facilities have been hit hardest. 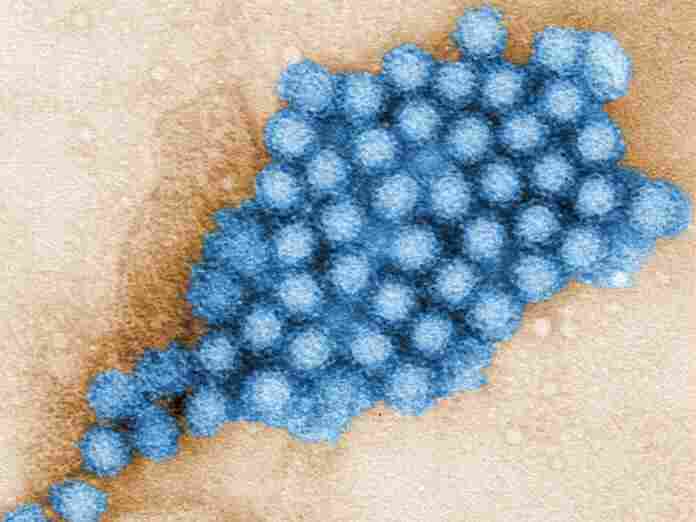 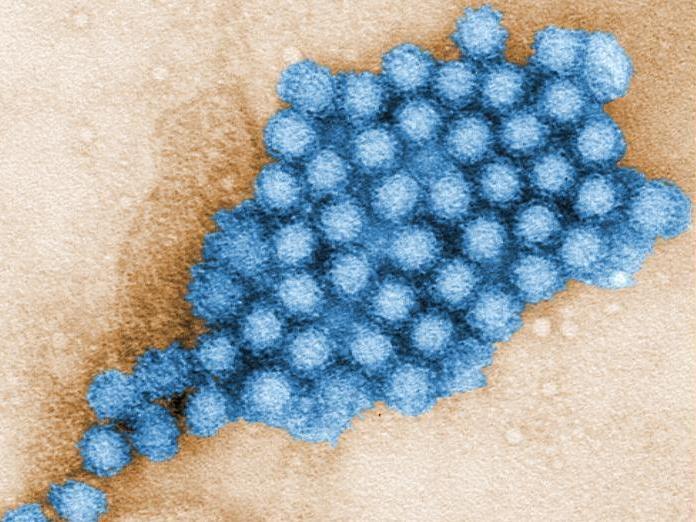 This cluster contains enough norovirus particles to make you sick.

It's here. A variant of norovirus first spotted in Australia is now sweeping the U.S.

The wily virus causes stomach upset, vomiting and diarrhea. The sickness is sometimes referred to as the stomach flu, though influenza has nothing to do with it.

Since the strain called "GII.4 Sydney" was identified in Australia last March, it's been getting around. The U.K. has had a bang-up norovirus season with more than a million people sickened. The new strain has also struck in France and New Zealand.

Now it's our turn. More than half of 266 norovirus outbreaks reported during the last four months of 2012 were caused by the Australian strain, according to data just out from the Centers for Disease Control and Prevention. The places hit most often: long-term care facilities and restaurants.

The worst could be yet to come — or not. In a typical norovirus season, cases peak in January, so the CDC says it's not clear yet how bad this season will turn out to be.

As Norovirus Rages, A Robot Named 'Vomiting Larry' Gets His Closeup

There's no particular treatment or vaccine against norovirus. The best defense is good hygiene — wash your hands frequently and well. A thorough cleanup of the messes with an effective disinfectant, such as a bleach solution, is a must.

Norovirus is tough to beat. One British scientist called it the "Ferrari of the virus field" for its ability to spread rapidly. Fewer than 20 virus particle are enough to infect someone.

A recent piece titled "The inexorable progress of norovirus" in Lancet Infectious Diseases sums up what we're up against:

Arguably among the best adapted of human pathogens, although vaccination may one day have a role in slowing the march of norovirus, there is as yet no substitute for the basics of forewarning from epidemiological surveillance and diligent infection control.

The virus mutates quickly, too, allowing it to defeat human immune systems. "It's a little like flu," Jan Vinje, a CDC epidemiologist told the Washington Post. said. "The virus is mutating to a 'fitter' strain and is attacking a non-immune population."