Accessibility links
No Mercy For Robots: Experiment Tests How Humans Relate To Machines : Shots - Health News To understand how social rules affect the interactions between humans and machines, scientists re-created a famous psychology experiment using robots. What they found is that if robots are nice to us, we're nice to them. If they're not, we "punish" them. 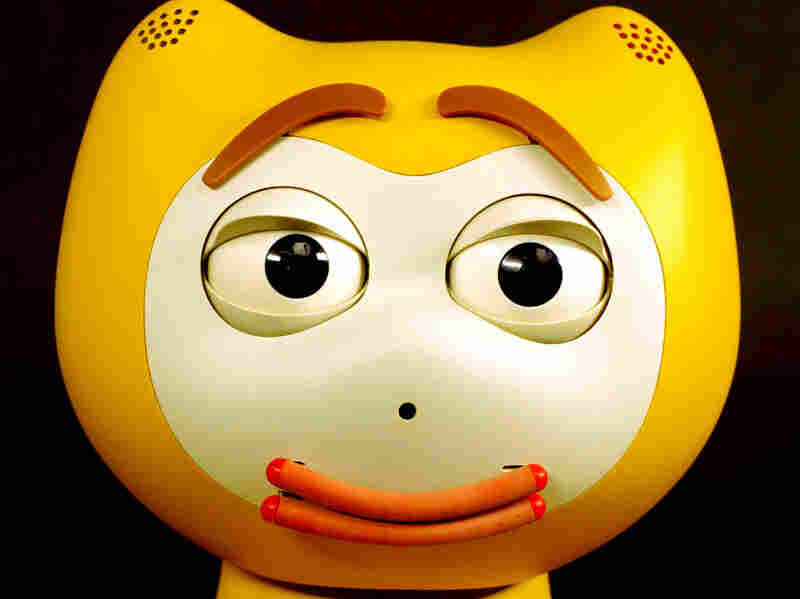 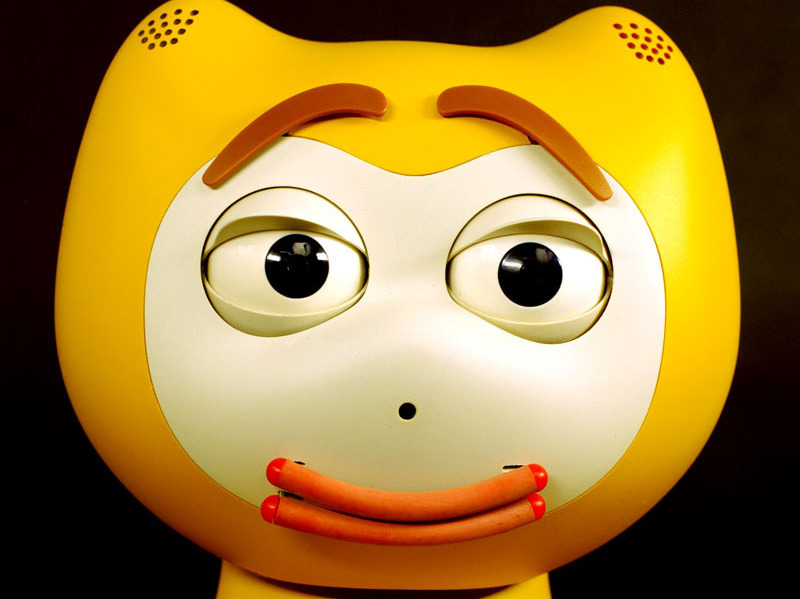 Could you say "no" to this face? Christoph Bartneck of the University of Canterbury in New Zealand recently tested whether humans could end the life of a robot as it pleaded for survival.

In 2007, Christoph Bartneck, a robotics professor at the University of Canterbury in New Zealand, decided to stage an experiment loosely based on the famous (and infamous) Milgram obedience study.

Bartneck studies human-robot relations, and he wanted to know what would happen if a robot in a similar position to the "learner" begged for its life. Would there be any moral pause? Or would research subjects simply extinguish the life of a machine pleading for its life without any thought or remorse?

Many people have studied machine-human relations, and at this point it's clear that without realizing it, we often treat the machines around us like social beings.

Consider the work of Stanford professor Clifford Nass. In 1996, he arranged a series of experiments testing whether people observe the rule of reciprocity with machines.

So they placed a series of people in a room with two computers. The people were told that the computer they were sitting at could answer any question they asked. In half of the experiments, the computer was incredibly helpful. Half the time, the computer did a terrible job.

After about 20 minutes of questioning, a screen appeared explaining that the computer was trying to improve its performance. The humans were then asked to do a very tedious task that involved matching colors for the computer. Now, sometimes the screen requesting help would appear on the computer the human had been using; sometimes the help request appeared on the screen of the computer across the aisle.

What the study demonstrated was that people do in fact obey the rule of reciprocity when it comes to computers. When the first computer was helpful to people, they helped it way more on the boring task than the other computer in the room. They reciprocated.

Very likely, the humans involved had no idea they were treating these computers so differently. Their own behavior was invisible to them. Nass says that all day long, our interactions with the machines around us — our iPhones, our laptops — are subtly shaped by social rules we aren't necessarily aware we're applying to nonhumans.

"The relationship is profoundly social," he says. "The human brain is built so that when given the slightest hint that something is even vaguely social, or vaguely human — in this case, it was just answering questions; it didn't have a face on the screen, it didn't have a voice — but given the slightest hint of humanness, people will respond with an enormous array of social responses including, in this case, reciprocating and retaliating."

So what happens when a machine begs for its life — explicitly addressing us as if it were a social being? Are we able to hold in mind that, in actual fact, this machine cares as much about being turned off as your television or your toaster — that the machine doesn't care about losing it's life at all?

In Bartneck's study, the robot — an expressive cat that talks like a human — sits side by side with the human research subject, and together they play a game against a computer. Half the time, the cat robot was intelligent and helpful, half the time not.

Bartneck also varied how socially skilled the cat robot was. "So, if the robot would be agreeable, the robot would ask, 'Oh, could I possibly make a suggestion now?' If it were not, it would say, 'It's my turn now. Do this!' "

A video of Christoph Bartneck's experiment in which a robot begs the subject not to switch it off.

At the end of the game, whether the robot was smart or dumb, nice or mean, a scientist authority figure modeled on Milgram's would make clear that the human needed to turn the cat robot off, and it was also made clear to them what the consequences of that would be: "They would essentially eliminate everything that the robot was — all of its memories, all of its behavior, all of its personality would be gone forever."

In videos of the experiment, you can clearly see a moral struggle as the research subject deals with the pleas of the machine. "You are not really going to switch me off, are you?" the cat robot begs, and the humans sit, confused and hesitating. "Yes. No. I will switch you off!" one female research subject says, and then doesn't switch the robot off.

"People started to have dialogues with the robot about this," Bartneck says, "Saying, 'No! I really have to do it now, I'm sorry! But it has to be done!' But then they still wouldn't do it."

There they sat, in front of a machine no more soulful than a hair dryer, a machine they knew intellectually was just a collection of electrical pulses and metal, and yet they paused.

And while eventually every participant killed the robot, it took them time to intellectually override their emotional queasiness — in the case of a helpful cat robot, around 35 seconds before they were able to complete the switching-off procedure. How long does it take you to switch off your stereo?

On one level, there are clear practical implications to studies like these. Bartneck says the more we know about machine-human interaction, the better we can build our machines.

But on a more philosophical level, studies like these can help to track where we are in terms of our relationship to the evolving technologies in our lives.

"The relationship is certainly something that is in flux," Bartneck says. "There is no one way of how we deal with technology and it doesn't change — it is something that does change."

More and more intelligent machines are integrated into our lives. They come into our beds, into our bathrooms. And as they do — and as they present themselves to us differently — both Bartneck and Nass believe, our social responses to them will change.