Accessibility links
Should Medicare Pay For Alzheimer's Scans? : Shots - Health News A drug used in brain scans to help doctors detect clumps of protein associated with Alzheimer's disease was approved by the Food and Drug Administration last year. Now Medicare officials are weighing whether to cover it.

Should Medicare Pay For Alzheimer's Scans?

Should Medicare Pay For Alzheimer's Scans? 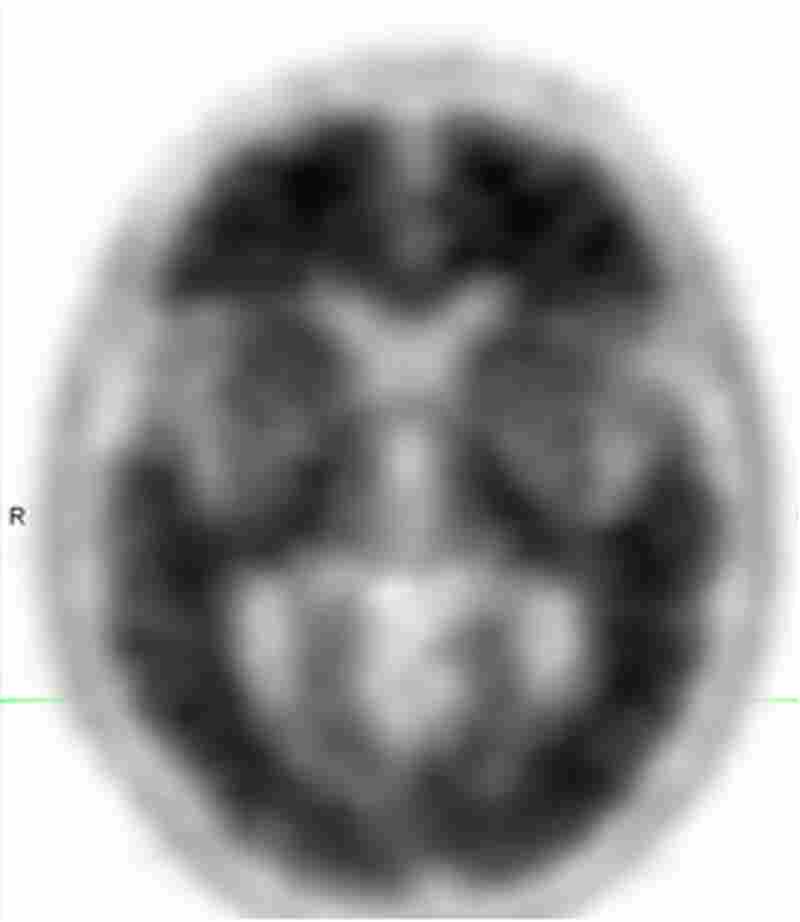 The loss of contrast between gray and white matter in this brain scan indicates a high uptake of Amyvid and the presence of amyloid plaques. Eli Lilly & Co. and Avid Radiopharmaceuticals hide caption 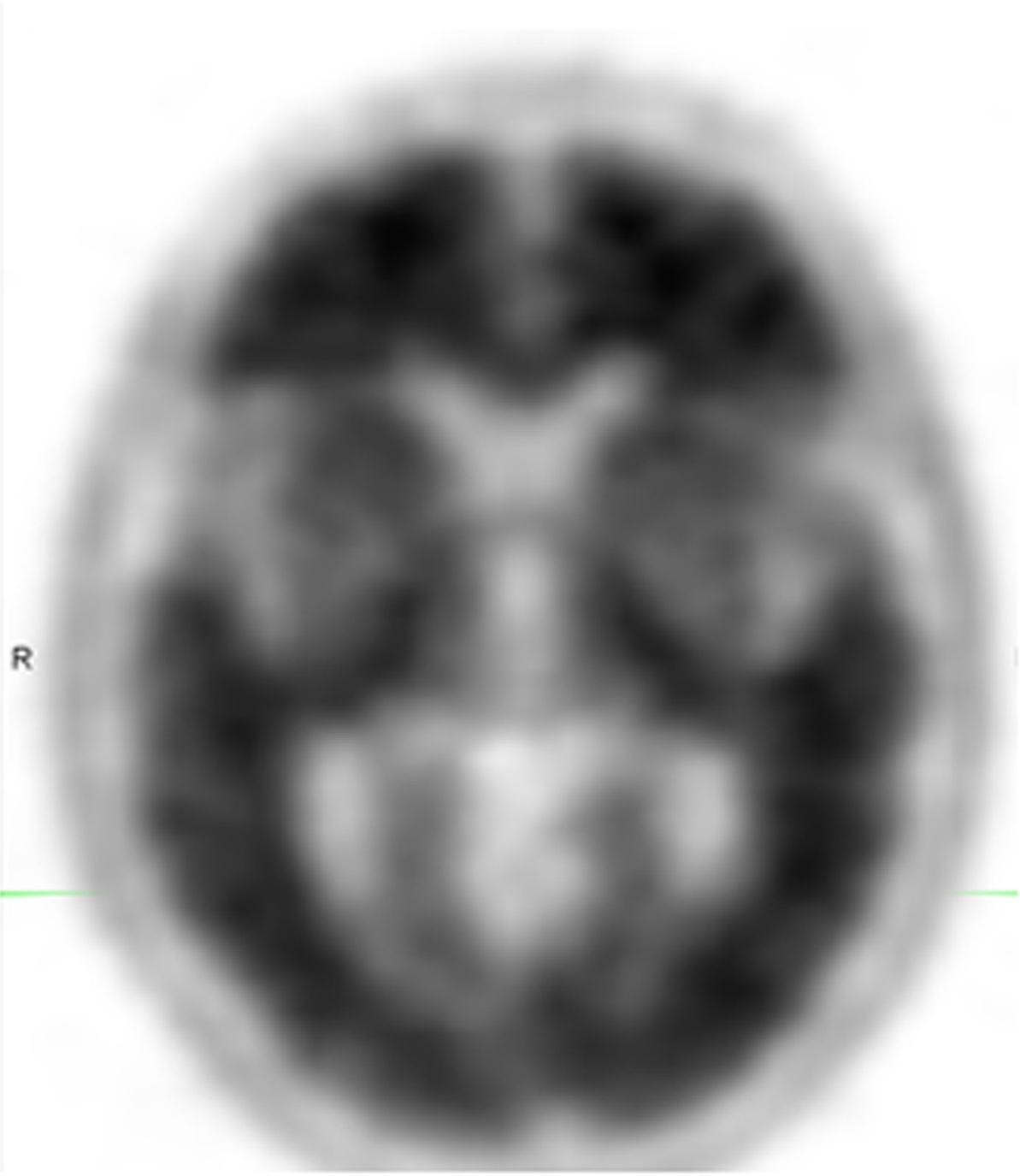 The loss of contrast between gray and white matter in this brain scan indicates a high uptake of Amyvid and the presence of amyloid plaques.

Though increasingly common, Alzheimer's disease still isn't all that easy to diagnose, especially in its early stages.

Forgetfulness and other signs of dementia can be caused by lots of things other than Alzheimer's. Sometimes the symptoms are fleeting or normal in the context of a person's age. But at other times these symptoms mark the dark path of Alzheimer's.

Since last year there's been a new drug to help. The Food and Drug Administration approved a radioactive tracer called Amyvid for use in PET scans to identify clumps of proteins in the brain that are associated with Alzheimer's disease.

Researchers have embraced the drug as a tool to gauge these so-called amyloid plaques in the brain. They've already found that amyloid shows up years before people start having problems with memory or thinking.

But is the test appropriate for widespread clinical use? A panel of advisers grappled with that question Wednesday at a public meeting to consider whether Medicare should pay for the test.

The mere presence of plaque on a PET scan doesn't prove someone has Alzheimer's, according to the drug's instructions to doctors. And the results can't be used to predict how dementia may develop or whether a patient is responding to drug therapy. If no plaques are found, the test can help rule out Alzheimer's.

Amyvid isn't cheap. The drug costs about $1,600 per patient exam. The total cost of a test with the drug, including the PET scan and doctor's time, runs about $3,000.

The panel zeroed in on whether the results of the Amyvid test had a meaningful effect on the outcomes for patients. The panel was skeptical, given the limited effectiveness of current drugs available to treat Alzheimer's.

Despite Uneven Results, Alzheimer's Research Suggests A Path For Treatment

"I just can't connect the dots between the current state of knowledge of the way the test performs and the outcome," said panelist Dr. Steve Gutman, a former FDA official now working for Myraqa, a consulting firm. "I don't think you can create a chain of evidence here that works," he said, according to Dotmed News' account of the meeting.

Even without a cure for it, he said, there are choices to be made once a diagnosis of Alzheimer's has been reached — or when it has been ruled out. "There are huge care management issues in this disease where early diagnosis has been shown to be cost-effective," he said.

But there were worries the Amyvid test would be overused. "I would expect every patient over 50 would eventually get this test," said Dr. Steven D. Pearson, of Massachusetts General Hospital's Institute for Technology Assessment."

In the end the panel, which casts votes on a five-point scale, rated its confidence that the evidence is adequate to make a decision about Amyvid having an effect on patient outcomes at about 2.2 — in the low-to-intermediate range of its scale.

That's not an endorsement for the Centers for Medicare and Medicaid Services to start paying for the test. The agency isn't bound by the advice, however.

Eli Lilly & Co., whose Avid Radiopharmaceuticals subsidiary makes Amyvid, stood behind the test. "The overwhelmingly positive testimony presented by the medical experts around the clinical utility of beta-amyloid imaging agents reinforces that these tools should be a Medicare covered benefit for patients with cognitive impairment being evaluated for Alzheimer's Disease and other causes of cognitive decline," said a statement by Wei-Li Shao, senior director for Lilly's Alzheimer's business.

He encouraged CMS to "heavily consider the real-world medical experience presented" and recent criteria developed by the Society of Nuclear Medicine and Molecular Imaging and the Alzheimer's Association to outline appropriate use of the test.