Accessibility links
Obscure Chagas' Disease Takes Costly Toll : Shots - Health News Chagas' disease, which is transmitted by the "kissing bug," occurs mainly in Latin America. But the illness is on the rise in the U.S. Health economists now estimate that Chagas costs the world about $7 billion annually, which is more than the cost of cervical cancer or cholera. 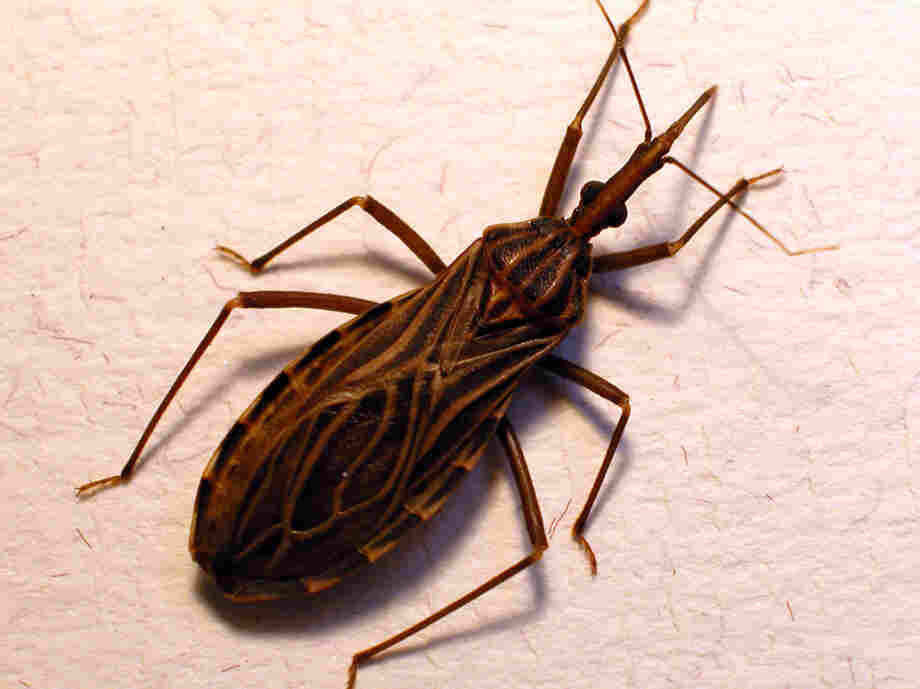 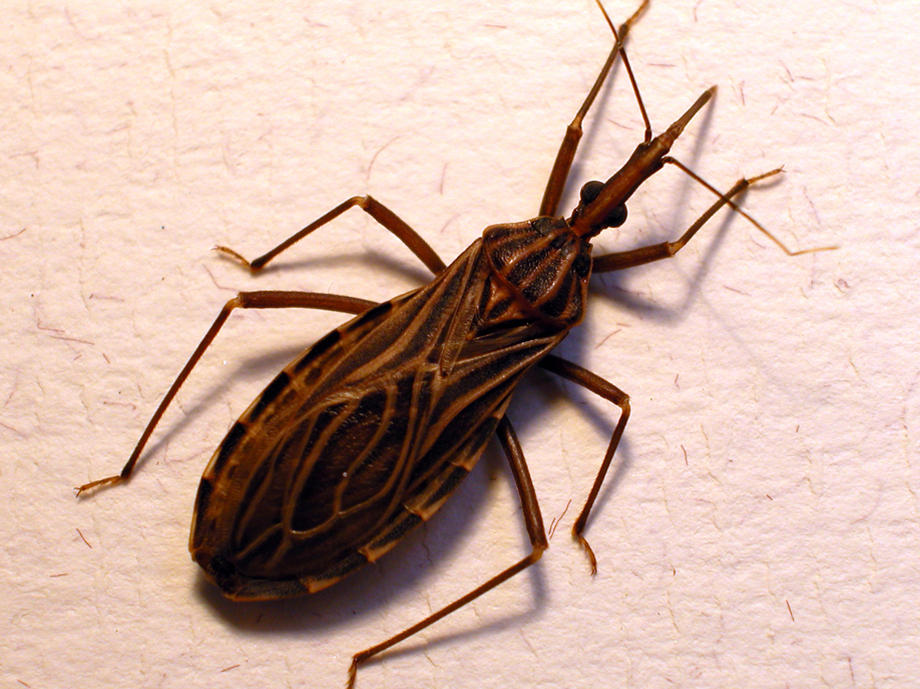 Don't let the name fool you. The kissing bug, or Rhodnius prolixus, transmits the Chagas parasite when it bites someone's face.

There's been a lot of talk recently about an old malady that seems to be on the rise.

It's called Chagas' disease, and it's transmitted by the so-called kissing bug, a bloodsucking insect that bites your face and lips.

Health economists have now put a price tag on the global cost of Chagas, and the illness is taking a heavier toll than previously appreciated.

Chagas costs the world about $7 billion annually, says the analysis just published in the The Lancet Infectious Diseases.

That's more than the global cost of cervical cancer or cholera.

Most Chagas cases occur in Latin America, but the disease is spreading northward. About 300,000 Americans, mostly Texans, are thought to carry the Chagas parasite, Trypanosoma cruzi.

Those U.S. infections could be running about $800 million each year in health care costs and lost productivity, the study estimates.

Of course, all these numbers should be taken with a grain of salt.

They're rough approximates based on computer models for how much it costs to treat Chagas and losses incurred when sick people can't work or die prematurely — two things that are really tough to nail down.

"The main thing is to view the order of magnitude," Dr. Bruce Lee, of the University of Pittsburgh, tells Shots. "The numbers are based on some assumptions, but we tried to be conservative and underestimate the costs."

These high costs could offer some incentive to pay more attention to Chagas, Dr. Peter Hotez, who also worked on the study, tells Shots.

Hotez thinks of Chagas as "the new HIV of the Americas": They're both chronic conditions that require long-term treatment, and they get transmitted through blood transfusions and during pregnancy, he says.

But the parallels don't go much further than that. If caught early, Chagas is curable, and many people infected show few or no symptoms.

Chagas does cause serious heart problems in about 20 to 30 percent of cases. "Once the heart symptoms appear, they often are irreversible," Hotez says. "The drugs are toxic, and they don't work very well."

Kissing bugs are widespread in Texas, he says, and a high percentage of them carry T. cruzi.

But right now, doctors in the U.S. aren't looking for Chagas. So it's tough to say just how common it is. "There's an astonishing lack of awareness with doctors about this disease," Hotez says. "They misdiagnose it as a form of cardiomyopathy. Unless you specifically look for it, you won't find it."