Accessibility links
Cancer Rehab Begins To Bridge A Gap To Reach Patients : Shots - Health News Cancer patients often have to deal with side effects from their treatments. They may need speech therapy or help rebuilding their strength. The STAR program is helping break down the barriers to rehabilitation services. 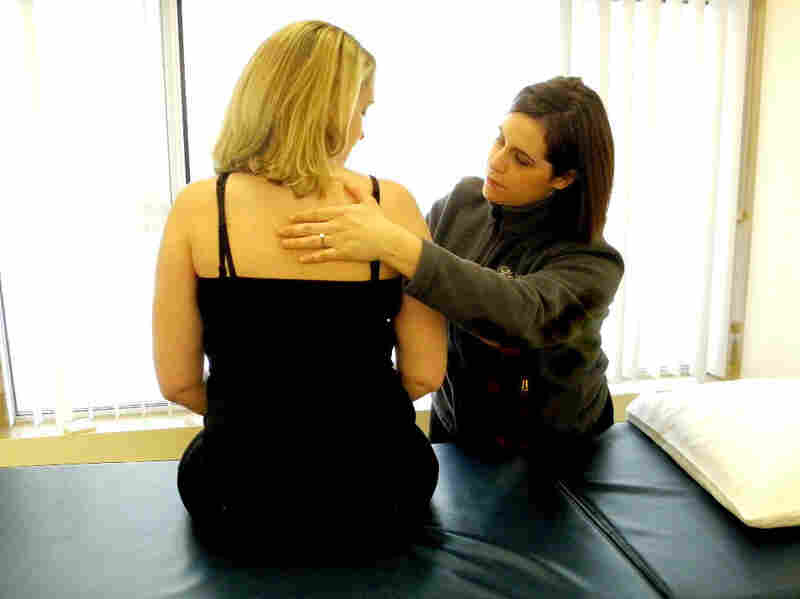 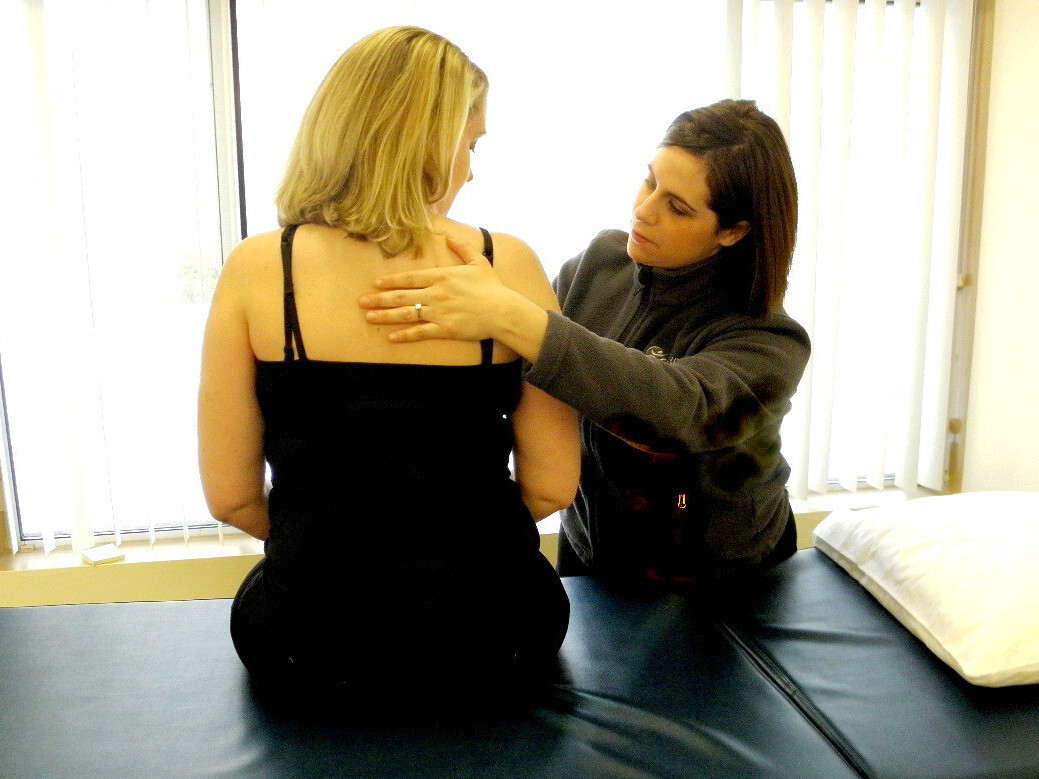 It was her own experience with debilitating side effects after cancer treatment that led Dr. Julie Silver to realize that there is a huge gap in care that keeps cancer patients from getting the rehabilitation services that could help them.

Silver was 38 in 2003 when she was diagnosed with breast cancer. Even though she is a physician, she was shocked at the toll chemotherapy and radiation took on her body. Silver was dealing with extreme fatigue, weakness and pain.

"I was really, really sick — sicker than I ever imagined," says Silver, who is an assistant professor at Harvard Medical School. "I did some exercise testing and I tested out as a woman in my 60s. So I had aged three decades in a matter of months through cancer treatment."

Silver went to her oncology team for help. They told her to go home and heal. "The conversation should have been, 'We're going send you to cancer rehab to help you get stronger,' " she says. But that's not what happened, and after Silver came to realize that her experience was typical, she set out to change the system for other patients.

In 2009 she started a program designed to offer cancer survivors rehabilitation therapy after treatment. It's called STAR — for Survivorship Training and Rehab — and is now offered in nearly all U.S. states. The program is growing, as is research showing that many of the quality-of-life problems cancer survivors have are physical and can be helped with rehab.

Physical therapist Jennifer Goyette is a STAR-trained therapist who works with cancer patients in Westborough, Mass.

"I've seen cases where someone has had a lot of pain, and they've done scans and it's not a malignancy. And maybe they have done exploratory surgery to see what is happening and not really finding much except a lot of scar tissue," says Goyette. "I am able to get a lot of relief and a lot of times patients don't need to have further intervention. They don't want to be on the narcotics for the pain management. They would rather come here."

One of Goyette's clients is 56-year-old cancer survivor Deborah Leonard. For two years after her treatment for early stage breast cancer, Leonard had swelling, pain and a large mass in her breast — which was not cancer.

"Clearly I didn't have that before the surgery because the tumor was so small and this was much bigger, and it just kept getting bigger," says Leonard. "By nighttime my breast was extremely swollen and very painful."

At first doctors thought Leonard might have an infection and gave her antibiotics. When that didn't work they did another surgery to remove scar tissue. But the problem returned. Her doctors were suggesting a third surgery when Leonard finally found Goyette.

"I had a 6-inch mass that is now down to half its size," says Leonard. "I'm sleeping at night. I have energy again. More people need to know about this because you don't have to be a martyr and grin and bear it. This works."

Most insurers do cover rehab for cancer patients, but sometimes patients must battle to get more than the standard nine to 12 sessions.

Another barrier to care is that too few oncologists and cancer surgeons refer their patients to rehab.

The Commission on Cancer, the arm of the American College of Surgeons that accredits cancer programs in U.S. hospitals, however, recently announced new requirements aimed at improving care for survivors of cancer, including better access to rehabilitation therapy.