Accessibility links
Hospitals Clamp Down On Early Elective Births : Shots - Health News Pressure on doctors and hospitals to reduce the rate of early elective deliveries appears to be working. A detailed look at hospitals across the country finds births before 39 weeks are on the decline. 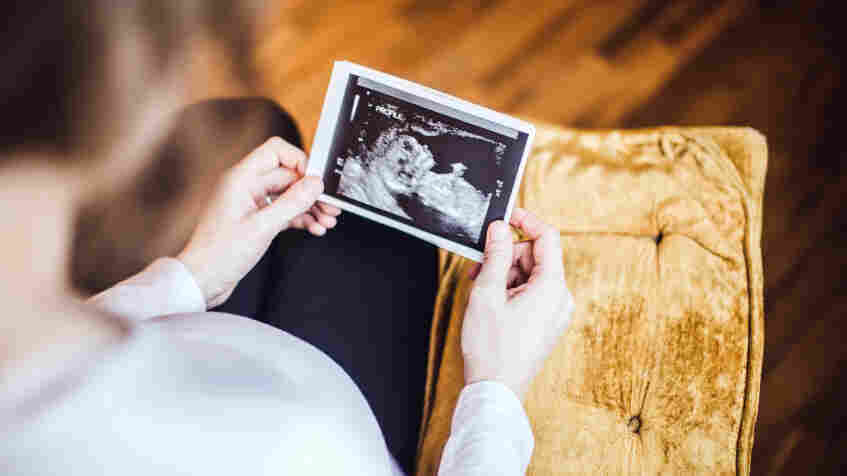 Waiting may be hard, but it's worth it. iStockphoto.com hide caption

Waiting may be hard, but it's worth it.

For decades, doctors have been warned about the dangers of delivering babies early without a medical reason. But the practice remained stubbornly persistent.

Now, with pressure on doctors and hospitals from the federal government, private and public insurers and patient advocacy groups, the rate of elective deliveries before 39 weeks is dropping significantly, according to latest hospital survey from The Leapfrog Group, a coalition of some of the nation's largest corporations that buy health benefits for their employees.

The national average of elective early deliveries fell to about 11 percent last year from 14 percent in 2011 and 18 percent in 2010. Nearly 800 U.S. hospitals report their data to Leapfrog, about a third of U.S. facilities offering maternity services.

For information on specific hospitals, check the data from the Leapfrog Group.

"This data shows more hospitals are responding to the evidence," said Cindy Pellegrini, senior vice president of the March of Dimes, which has been educating women and working with hospitals and doctors to lower early delivery rates. "This means babies are being born healthier and having a better start in life, and have a much greater likelihood of avoiding health consequences later on in life."

Babies born before 39 weeks are more likely to have feeding and breathing problems and infections that can result in admissions to neonatal intensive care units than those who are born later, studies show. The elective deliveries can also cause developmental problems that show up years after birth.

Inducing labor early also carries risks for mothers because it increases the chances they will need cesarian sections.

Since 1979, the American College of Obstetricians and Gynecologists has recommended against deliveries or induced labor before 39 weeks unless there is a medical indication, such as the mother's high blood pressure or diabetes or signs that the fetus may be in distress.

Still, an estimated 10 to 15 percent of U.S. babies continued to be delivered early without medical cause, according to a report last year by the Department of Health and Human Services.

About A Third of Births, Even For First-Time Moms, Are Now By Cesarean

Leapfrog Chief Executive Officer Leah Binder said she's encouraged by the latest figures, but says rates are still too high at many hospitals — with some as high as 40 percent. "This is a move in right direction, but more needs to be done," Binder said.

C-Section Delivery May Be Risky For Smaller Preemies

Leapfrog wants to see rates no higher than 5 percent of all deliveries, a target achieved by nearly half of the reporting hospitals — up from 39 percent of hospitals in 2011.

State averages varied from a high of 26 percent in Pennsylvania to a low of 5.9 percent in Massachusetts and New York. Only states with at least 10 hospitals reporting data were counted toward a state average.

One reason some hospitals have been slow to lower their rate is a reluctance to pressure doctors to change their practice, she said.

Some rural hospitals may also have higher rates because doctors in solo practice sometimes schedule to deliver babies early to stagger their workload. Women who are unaware of the higher risks may also ask to deliver early out of convenience.

Some of the most dramatic improvements last year came from states such as South Carolina and Illinois where business groups and insurers have exerted pressure to decrease high-risk deliveries. In Illinois, the rate has been cut almost in half to about 7 percent through efforts by organizations such as the Midwest Business Group on Health.

Employers and insurers have gotten involved partly to reduce health costs, since stays in neonatal intensive care units can average well over $60,000.

"We are pleased to see these improved health outcomes," said Kim Cox, spokeswoman for the South Carolina Department of Health and Human Services.

Texas Medicaid stopped paying for early elective deliveries in 2011, and New York and New Mexico are considering similar actions, according to state officials.