Accessibility links
How Guinea Pigs Could Help Autistic Children : Shots - Health News Autistic children may find it easier to socialize with people in the presence of animals. A study suggests that animals could help autistic children connect with therapists, teachers and their peers. 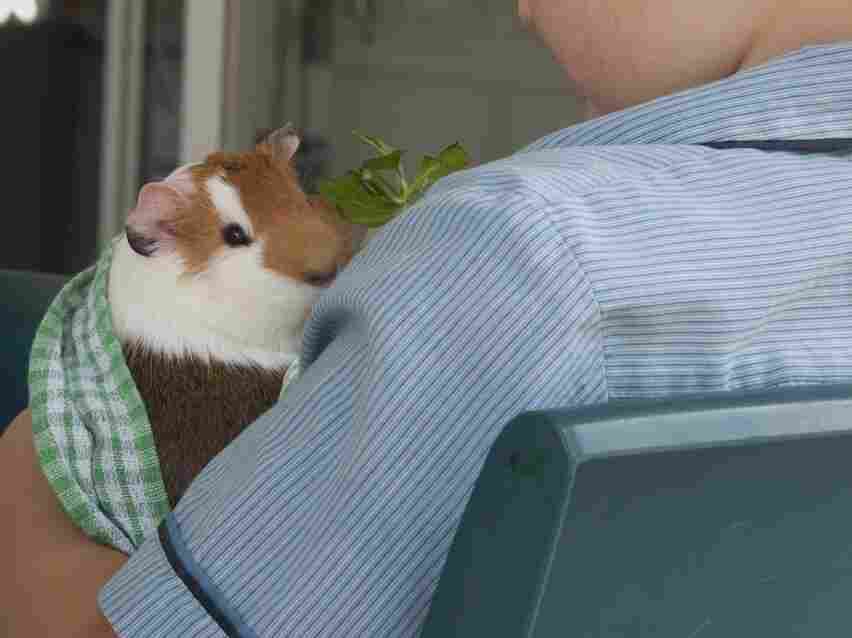 A guinea pig does its part for science and human relations by sitting on the lap of an autistic child. Erin Burnett/Courtesy of Maggie O'Haire hide caption 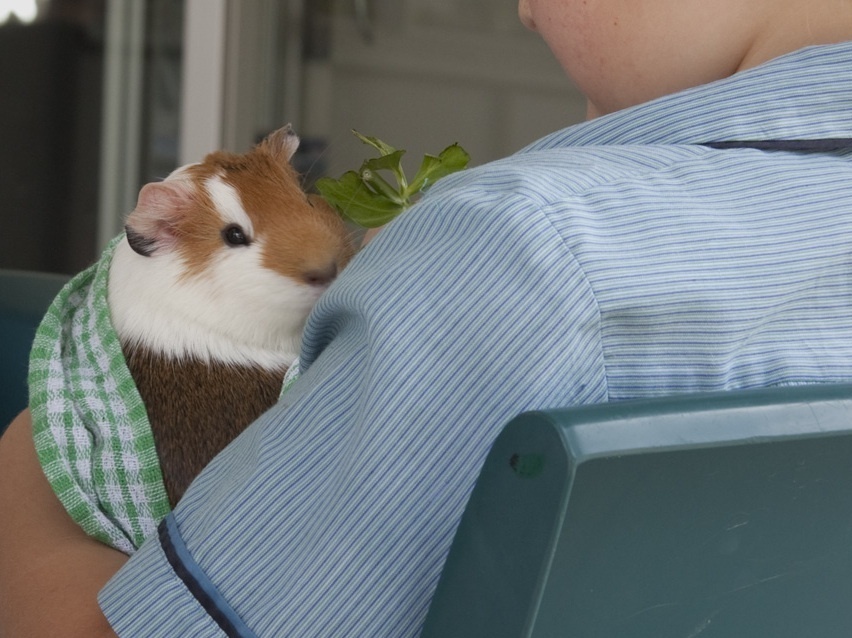 A guinea pig does its part for science and human relations by sitting on the lap of an autistic child.

Feeling a little awkward? Consider skipping the alcohol and grabbing a pet instead.

As any dog walker knows, it's easy — unavoidable, even — to strike up conversations with strangers when accompanied by a canine friend. Smaller animals like rabbits and turtles can also lubricate social interactions.

Given this effect, Maggie O'Haire, a doctoral candidate in psychology at the University of Queensland, wondered if animals could also help children with autism spectrum disorders connect with other people.

As it turns out, they can.

In a study described in the latest PLOS ONE, O'Haire and her colleagues introduced two guinea pigs into 15 different classrooms and looked at how the presence of these furry creatures affected the interactions of autistic children with adults and non-autistic kids.

O'Haire has several theories as to why animals might have this effect.

First of all, animals facilitate social interaction by giving people a common focus of attention. "There's something about having an animal present that gets people talking," says O'Haire.

Additionally, animals have a calming effect. For children with autism, the classroom can be a stressful environment, and O'Haire says an animal may relax them enough to make them feel comfortable interacting with peers.

Animals also make people look better. "If you have an animal with you, people actually perceive you as friendlier, happier, and less threatening," O'Haire says. "Having an animal there may have changed the children's perceptions of their peers in a more positive light."

O'Haire thinks animals could aid autistic children with social interactions in a many places, including classrooms and therapists' offices. "I certainly think that in any situation where there's rapport that needs to be built, this data seems to show that having an animal would really help," she says.

But is it practical? More research needs to be done to figure out how to implement so-called animal-assisted interventions, but O'Haire doesn't think that it's far-fetched to hope that animals could be useful.

She points out that fish tanks are already commonplace in doctor's offices and that some other workplaces allow pets because of their demonstrated benefits for both social interaction and stress reduction.

Take two guinea pigs and call us in the morning.