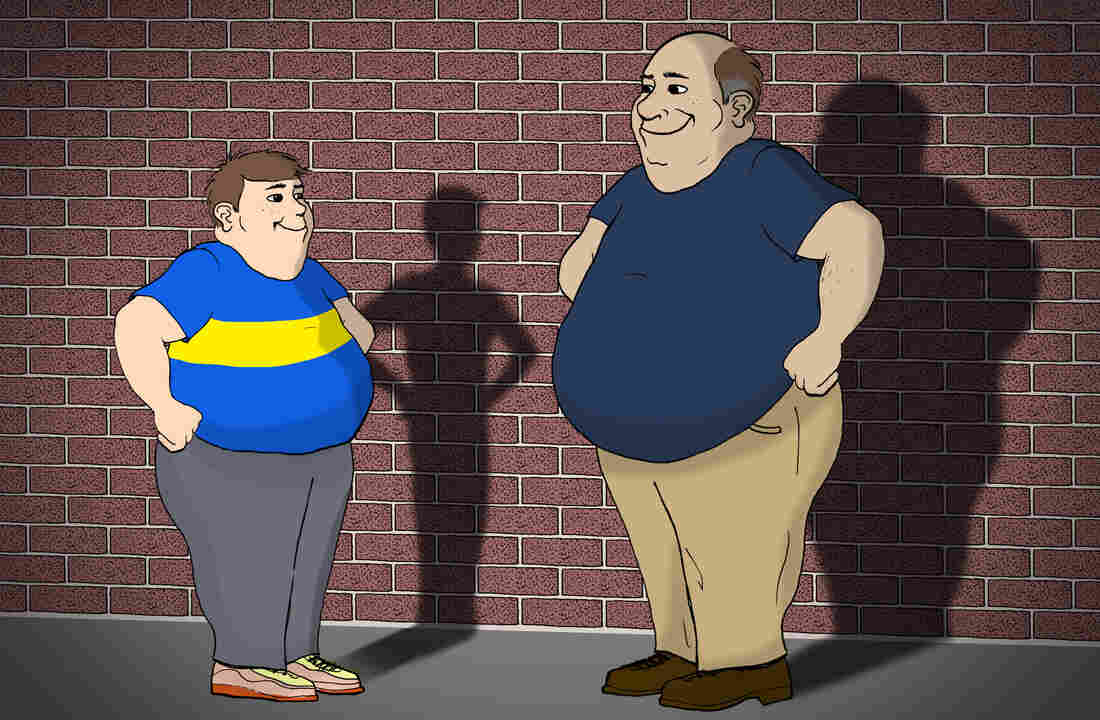 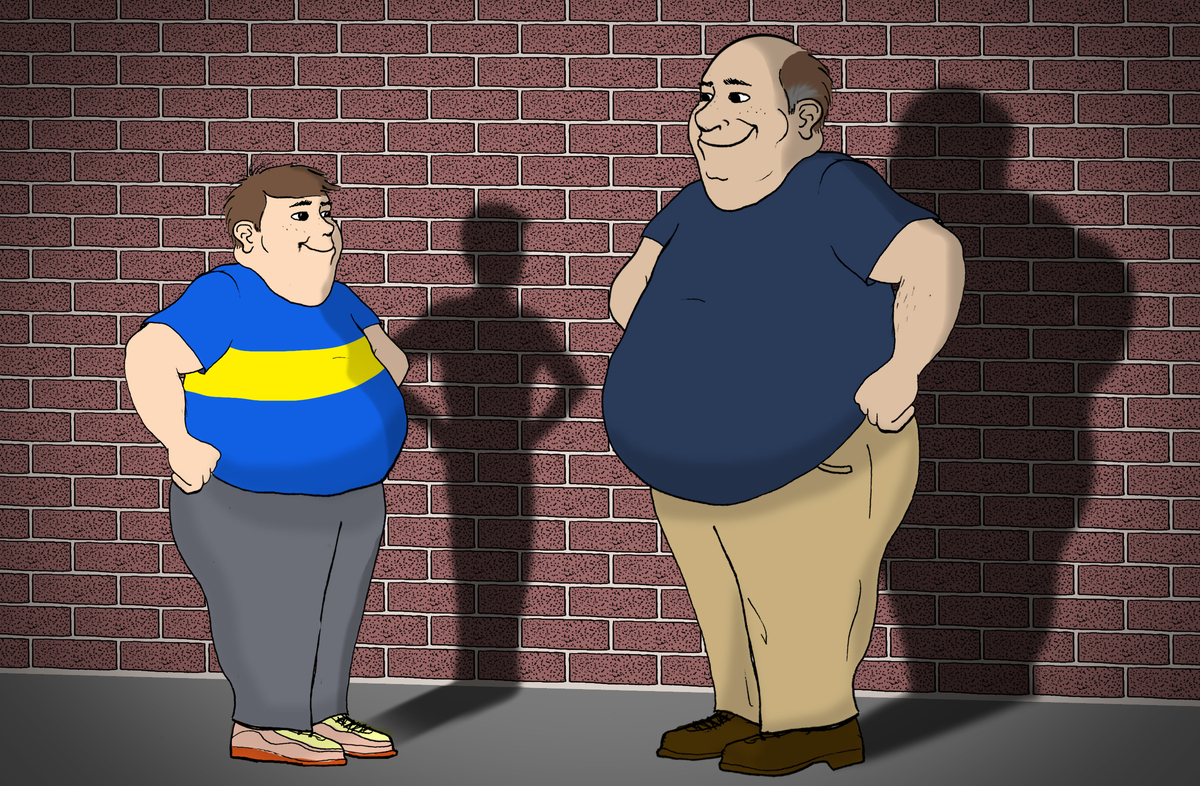 About 69 percent of American adults are overweight or obese, and more than four in five people say they are worried about obesity as a public health problem.

But a recent poll conducted by NPR, the Robert Wood Johnson Foundation and the Harvard School of Public Health revealed a curious schism in our national attitudes toward obesity: Only one in five kids had a parent who feared the boy or girl would grow up to be overweight as an adult.

Put another way, assuming current trends persist, parents of 80 percent of American children think all these kids will somehow end up being among the lucky 31 percent of adults who are not overweight.

Tali Sharot is a neuroscientist at University College London who studies why large numbers of people — faced with a large number of different kinds of risks — believe they and their family members will dodge the odds.

"People underestimate their likelihood of experiencing all kinds of negative events, including medical illnesses," she says. "And they do that for their family members as well. So not only do we think we are immune more than other people, we think that our kids are also more immune than other kids."

Psychologists have noted the phenomenon in a number of domains that have nothing to do with health: Most people getting married believe they will stay married forever, for example, even though the divorce rate is around 50 percent.

Psychologist Neil Weinstein helped to discover the bias when he asked students about the likelihood of different events in their lives.

More recent research by Sharot and others has found that we not only have rose-colored glasses about our future, and the future of our kids, but that we actually discount negative information.

But if people don't believe bad news applies to them, they seem readily willing to take in positive news. People readily change their views when you tell them they've been too pessimistic.

"If they start off saying, 'My likelihood of suffering from cancer,' for example, 'is 40 percent,' and you say, 'You know, the average likelihood is better — it's only 30 percent,' the next time around they would say, 'Well, in that case, my likelihood is maybe 32 or so,' " says Sharot, who is the author of The Optimism Bias: A Tour of the Irrationally Positive Brain.

In a series of brain experiments, Sharot has identified two areas in the frontal lobe — the left inferior frontal gyrus and the right inferior frontal gyrus — that appear to regulate how people process good and bad news. When she temporarily disables the normal functioning of the brain areas using a magnetic field, Sharot finds that the bias disappears. People stop being overly optimistic. They start to take risks seriously.

Now, this bias isn't a brain defect. In fact, multiple studies have shown the optimism bias produces a variety of positive life outcomes. We do better in life when we expect to do well.

The trouble arises when it comes to major public health problems like childhood obesity.

Sharot suggests that these results have an implication for how public health concerns over obesity are communicated: "If the message is, 'You know, there is a high likelihood of your kid being obese and that would lead to all these negative things,' people will tend to shut down and say, 'This is not related to me,' " she says.

A more effective technique might take advantage of the optimism bias.

In other words, don't tell parents obesity is a major public health problem. Tell them how family dinners and exercise can turbocharge their kids, and you might get them to think, "Yeah, I can totally see my kid being a superstar!"