Accessibility links
Scientists Report First Cure Of HIV In A Child, Say It's A Game-Changer : Shots - Health News Scientists say a Mississippi child has been cured of HIV. The research findings, released Sunday, could help cure other HIV-infected newborns. 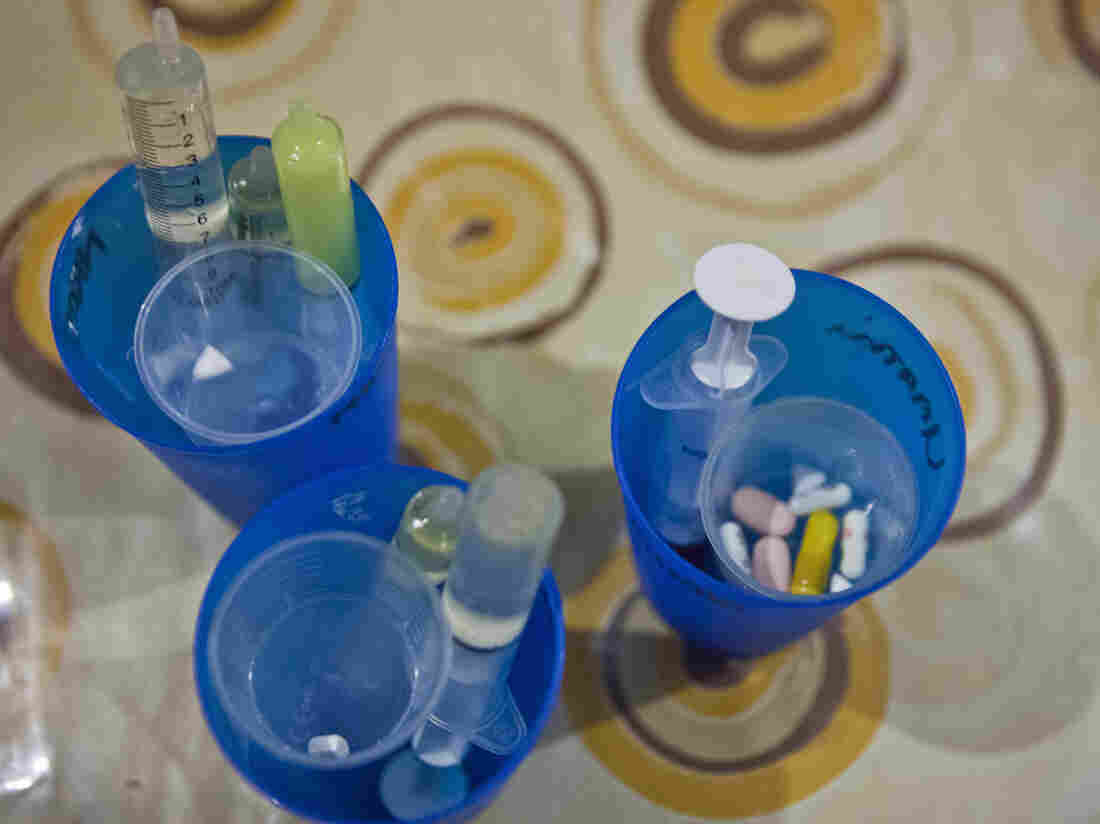 Daily medications for young children with HIV include both tablets and liquid drugs in syringes. Andrew Aitchison/In Pictures/Corbis hide caption 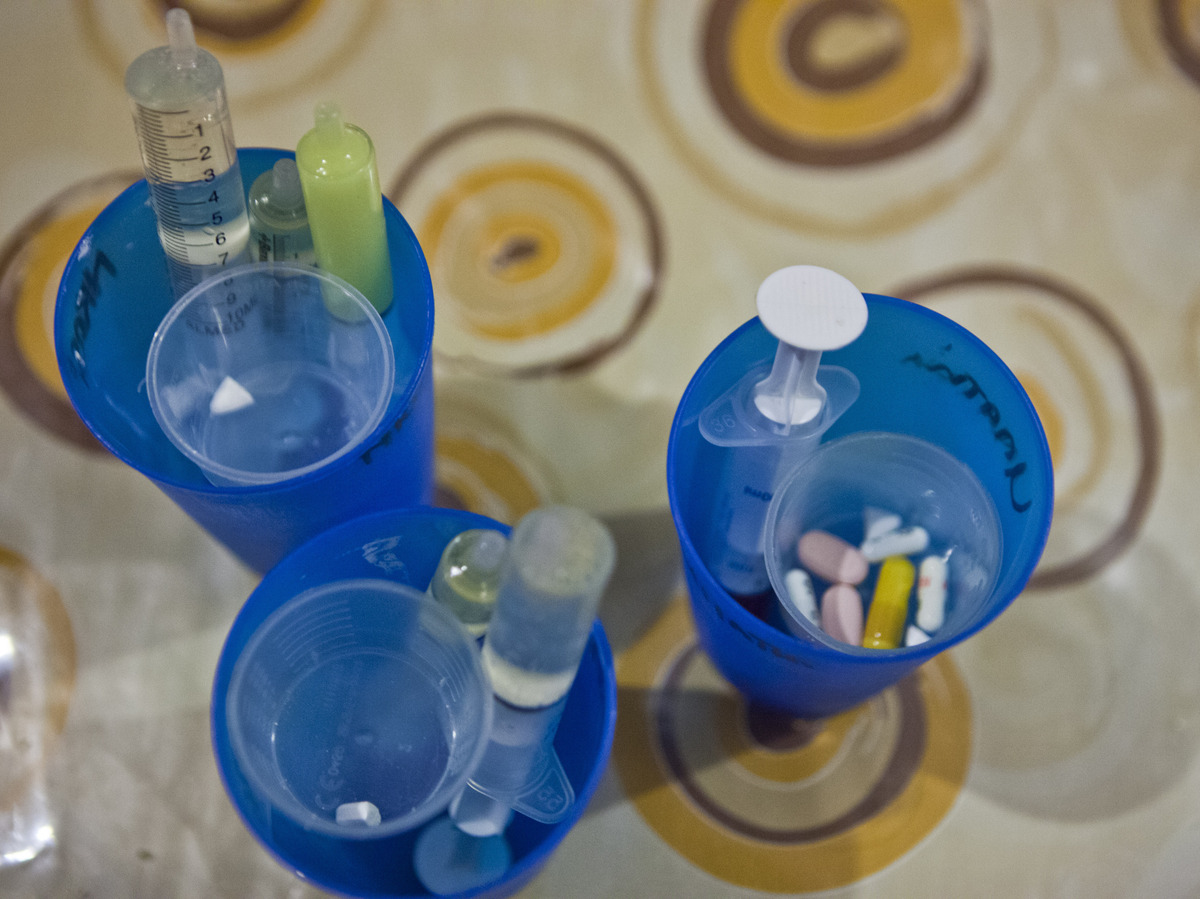 Daily medications for young children with HIV include both tablets and liquid drugs in syringes.

Scientists believe a little girl born with HIV has been cured of the infection.

She's the first child and only the second person in the world known to have been cured since the virus touched off a global pandemic nearly 32 years ago.

Doctors aren't releasing the child's name, but we know she was born in Mississippi and is now 2 1/2 years old — and healthy. Scientists presented details of the case Sunday at a scientific conference in Atlanta.

The case has big implications. While fewer than 130 such children are born each year in the U.S., an estimated 330,000 children around the world get infected with HIV at or around birth every year, most of them in sub-Saharan Africa.

And while many countries are striving to prevent these mother-to-child infections, many thousands of children will certainly get infected in coming years.

Until now, such children have been considered permanently infected. Specialists thought they needed lifelong antiviral drugs to prevent HIV from destroying their immune system and killing them via AIDS.

The Mississippi child's surprising cure came about from happenstance — and the quick thinking of a University of Mississippi pediatric infectious disease specialist, Hannah Gay.

"The child came to our attention as a high-risk exposure to maternal HIV," Gay tells Shots. Her mother hadn't had any prenatal care, she says, so didn't get antiviral drugs during pregnancy.

The fact that the newborn tested positive for HIV within 30 hours of birth is a sign she was probably infected in utero, HIV specialists say.

Gay decided to begin treating the child immediately, with the first dose of antivirals given within 31 hours of birth. That's faster than most infants born with HIV get treated, and specialists think it's one important factor in the child's cure.

In addition, Gay gave higher-than-usual, "therapeutic" doses of three powerful HIV drugs rather than the "prophylactic" doses usually given in these circumstances.

Over the months, the baby thrived, and standard tests could detect no virus in her blood, which is the normal result from antiviral treatment. 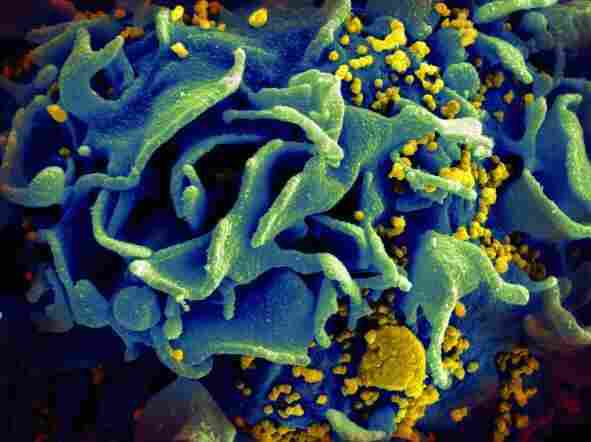 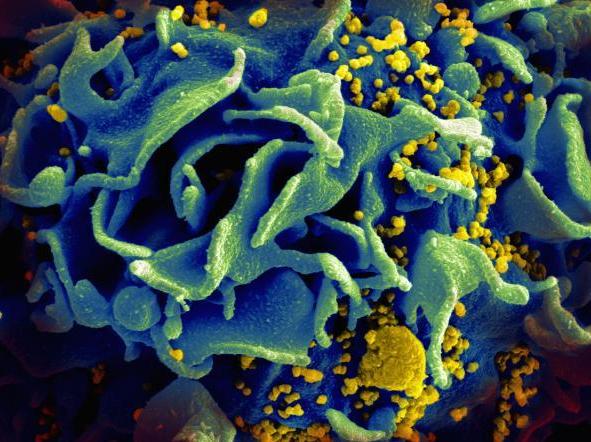 Then, her mother stopped bringing the child in for checkups.

"The baby's mom was having some life changes, that's about all I can say," Gay reports. "I saw her at 18 months, and then after that did not see her for several months. And we were unable to locate her for a while."

Gay enlisted the help of Mississippi state health authorities to track down the child. When they found her, the mother said she had stopped giving the child antiviral drugs six or seven months earlier.

At that point, Gay expected to find that the child's blood was teeming with HIV. But to her astonishment, tests couldn't find any virus.

"My first thought was, 'Oh, my goodness, I've been treating a child who's not actually infected,' " Gay says. But a look at the earlier blood work confirmed the child had been infected with HIV at birth. So Gay then thought the lab must have made a mistake with the new blood samples. So she ran those tests again.

"When all those came back negative, I knew something odd was afoot," Gay says. She contacted an old friend, Dr. Katherine Luzuriaga at the University of Massachusetts, who has been studying pediatric HIV/AIDS for two decades.

That was last August. Since then, Luzuriaga's lab and labs in San Diego, Baltimore and Bethesda, Md., have run ultra-sensitive tests on the baby's blood.

A couple of tests have intermittently found pieces of HIV DNA and RNA, but no evidence that the virus is actively replicating in the child's cells.

She says that "means control of viral replication and lack of rebound once they come off antiretroviral medications."

The only other such case known to AIDS researchers is the so-called Berlin patient — Timothy Brown of San Francisco. But his treatment involved a bone marrow transplant in Germany — essentially, he was given the immune system of a donor who's genetically resistant to HIV. That's not something that can be easily duplicated.

Luzuriaga says researchers believe they have ruled out other possible reasons for the unexpected cure. For instance, the mother did not have a less virulent strain of HIV. And the child does not have known mutations in her immunity genes that confer protection against HIV.

"We think it was that very early and aggressive treatment," she says, "that curtailed the formation of viral reservoirs" — that is, hideouts for the virus within the child's immune cells.

Previous research indicates that once these hideouts are established, it can take 70 years or more of steady, three-drug antiviral treatment to eliminate them.

Luzuriaga says the toddler's cure has electrified researchers searching for an HIV cure.

"It's exciting to us," she says. "Because if we were able to replicate this, I think it would be very good news."

Dr. Deborah Persaud of Johns Hopkins University Medical School, who presented the case at the Conference on Retroviruses and Opportunistic Infections, calls the Mississippi cure "definitely a game-changer."

"This case is sort of the inspiration and provides the rationale to really move forward," Persaud tells Shots.

Kevin Robert Frost of the Foundation for AIDS Research, or amfAR, agrees that the finding will stimulate a lot of further work. The group helped fund studies to determine if the Mississippi toddler is really cured.

"If this approach is proven effective, we could dramatically change the way children born with HIV are treated," he tells Shots.

Plans are under way to mount studies to see if early, aggressive treatment can cure other children of HIV. But Persaud says it will be awhile before researchers can figure out when it might be safe to stop antiviral drugs deliberately.

This research will undboubtedly be high-priority, given the birth of nearly 1,000 HIV-infected newborns a day in the developing world.

AIDS researchers foresee a day when the same treatment could give many of these children a lifetime free of toxic and costly antiviral drugs.