Accessibility links
Roller Derby Players Swap Bacteria (And Shoves) On The Track : Shots - Health News Roller derby teams had distinct bacterial colonies on their arms before a bout, researchers found. After pushing and shoving on the track, those colonies were more similar. The research is part of the push to identify the microbes that live on (and in) us.

Roller Derby Players Swap Bacteria (And Shoves) On The Track

Roller Derby Players Swap Bacteria (And Shoves) On The Track 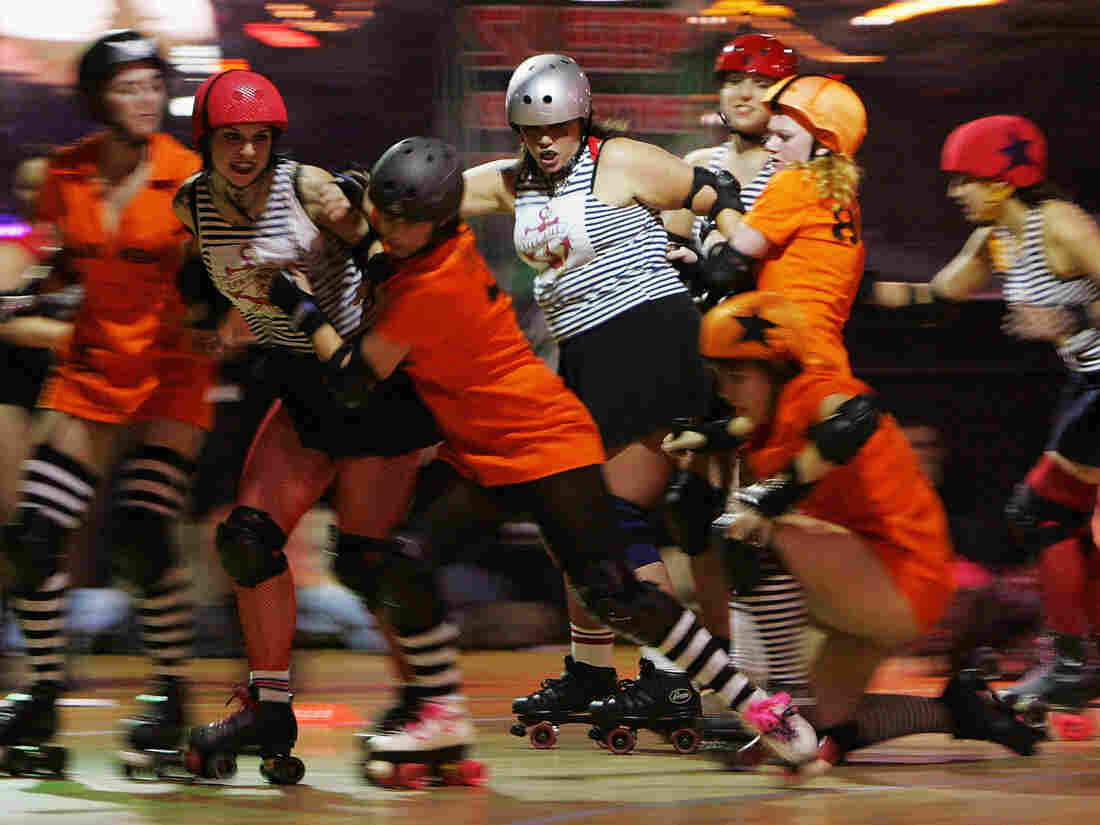 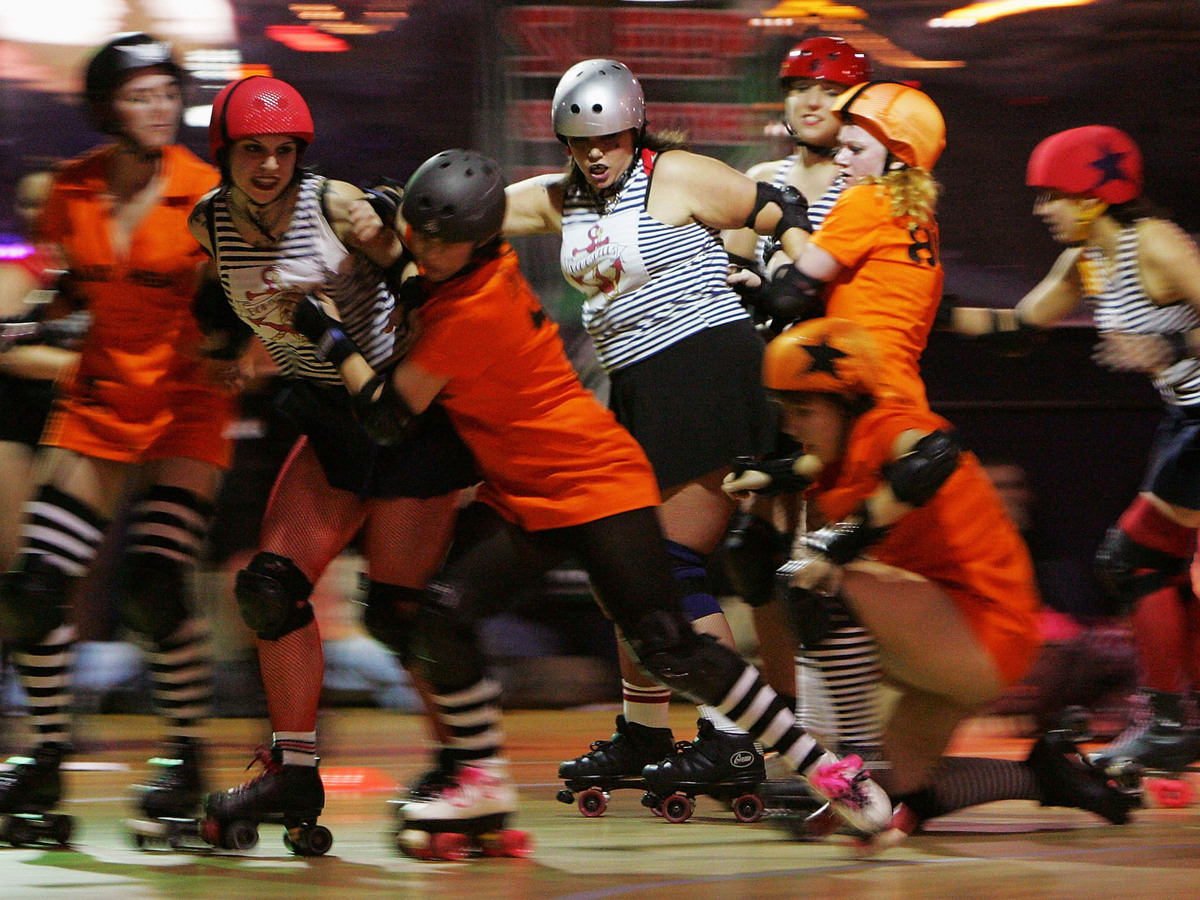 Roller derby teams Brooklyn Bombshells and the Manhattan Mayhem get tangled up in a New York City bout in 2004.

When Jessica Green competed in roller derby, she wondered how training, socializing and colliding with other roller girls could be affecting her health in invisible ways.

As a member of the Emerald City Roller Girls, Green went by "Thumper Biscuit" on the track, but she is also the director of the Biology and the Built Environment Center at the University of Oregon. She and her colleagues just published a study in the journal PeerJ looking at the bacteria that live on the skin of roller derby team members and how they're swapped around during competition.

According to the official rules of the Women's Flat Track Derby Association, players are allowed to make contact at the arms, chest, hips and thighs when jockeying for track position. (If you've ever seen roller derby you know that "contact" is a pretty mild word for what goes on.)

Researchers swabbed the exposed upper arms of roller derby players on three teams from different cities before and after "bouts" at a tournament in Emerald City's home base of Eugene, Ore. They found that before a bout, the different teams had distinct populations of skin microbes.

"We could have picked out one player at random, and just by looking at the bacteria on her upper arm, we could have told you what team she played for," says James Meadow, a postdoctoral researcher at the BioBE Center who led the study.

It's not entirely clear why the teams had such distinct bacterial communities. It might be because their hometowns of Eugene, San Jose, Calif. and Washington, D.C. have different climates, urban settings and plants and animals, the researchers said. Or the players might have picked them up from some other common environment, like a team van.

But after a bout, the microbes on the players' arms had more overlap. "We could still tell which team she played for, but with a lot less accuracy," says Meadow. The results point to person-to-person transmission, though Green says it's also possible that the bacteria were transmitted by contact with the ground or even through the air. It's not clear how long the changes seen after a bout would persist, though; that would require looking at players' skin bacteria over days or weeks.

Noah Fierer, an associate professor at the University of Colorado who studies microbial communities, says the results are in line with other studies showing that bacteria are swapped between people who make other kinds of contact, like shaking hands. (He reviewed the study for PeerJ, a new peer-reviewed, open-access journal at which Green is an academic editor.)

So what might all this bacteria swapping mean for our health? Well, researchers aren't sure, but they are investigating how bacteria from other people and the environment might influence our own personal bacterial colonies. Some skin bacterial populations, for example, can "mediate skin disorders, provide protection from pathogens and regulate our immune system," the study authors write. And rarely disease-causing bacteria, such as MRSA, are passed along, too.

Using DNA sequencing to study the various bacterial colonies, or "microbiomes," that live on our skin, in our guts and elsewhere in our bodies has become a hot area of research. So it's likely we're going to learn more and more about what's going around and coming back around.