Accessibility links
Binge Drinking Sticks Wisconsin With A Hefty Tab : Shots - Health News Wisconsin has the highest number of binge drinkers in the nation, and they cost the state $6.8 billion in 2012. 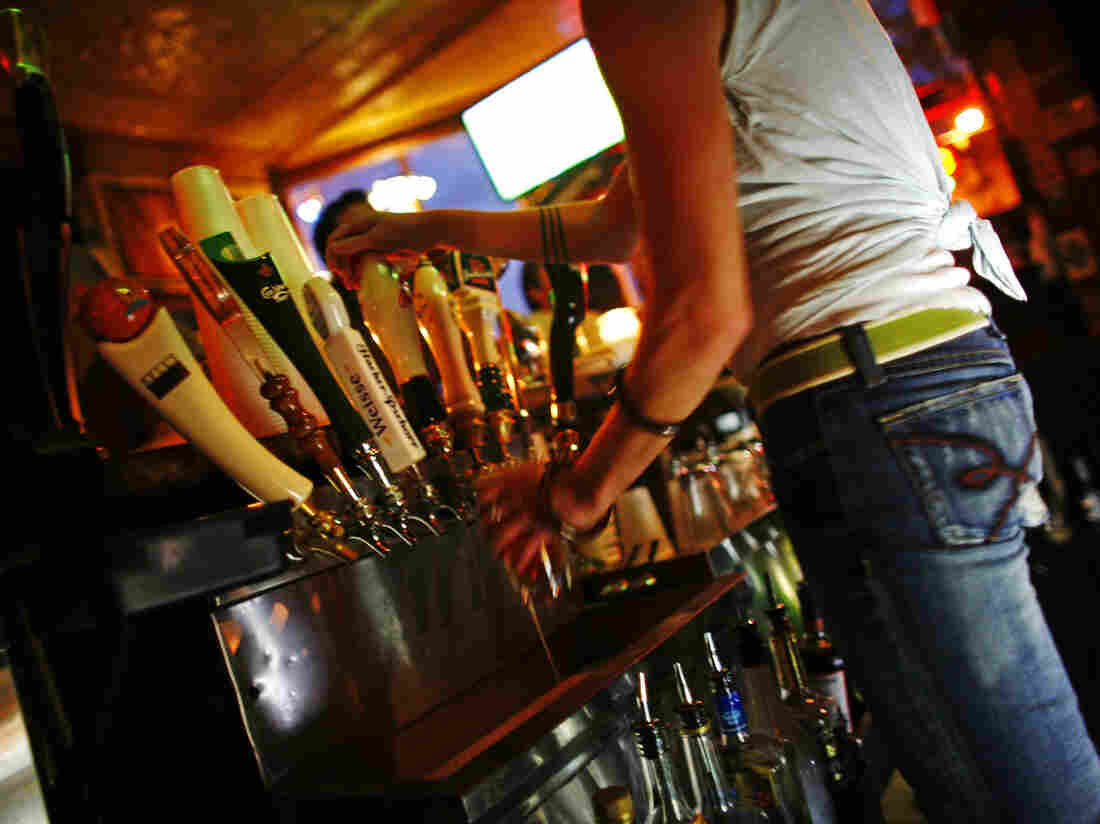 A bartender pours a beer at the Nomad Pub in Milwaukee, Wisc., in 2006. Darren Hauck/Getty Images hide caption 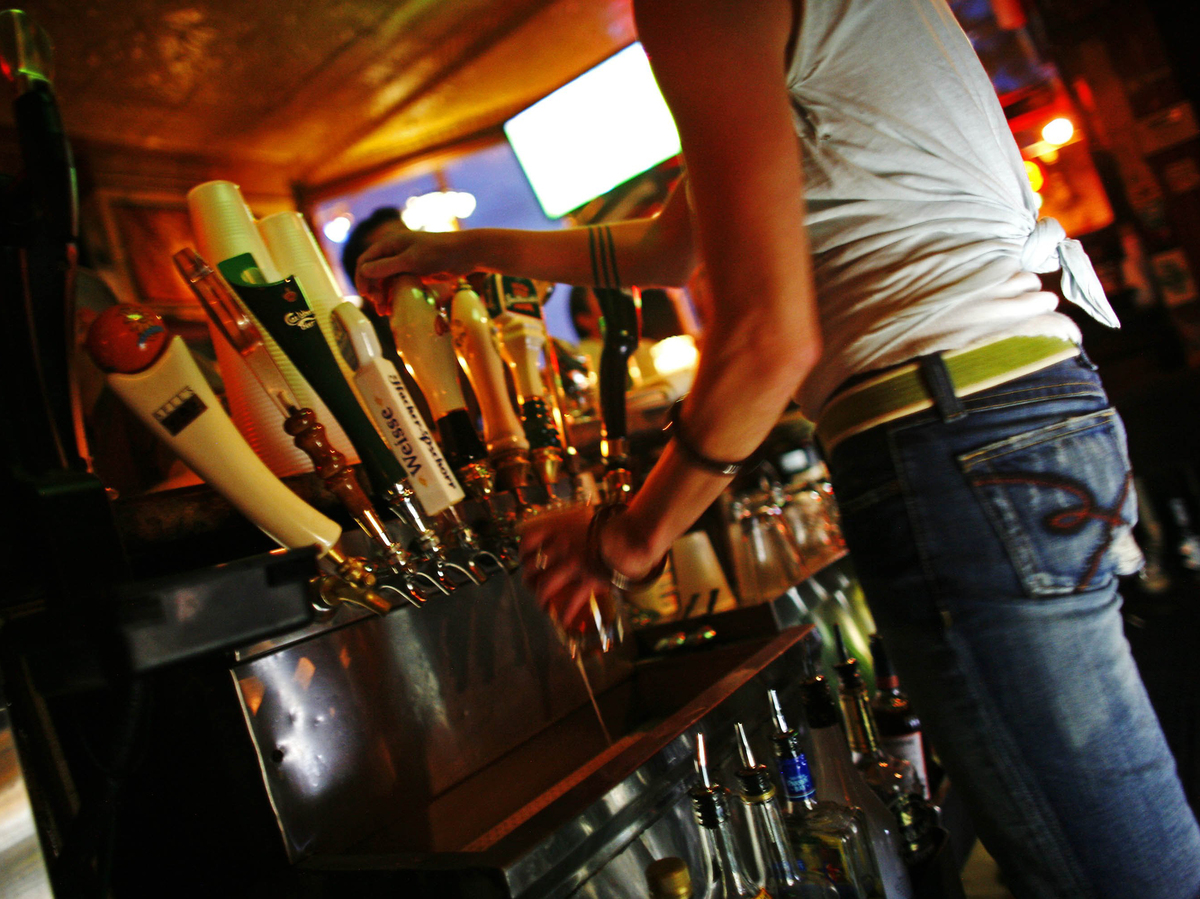 A bartender pours a beer at the Nomad Pub in Milwaukee, Wisc., in 2006.

Wisconsin has the highest number of binge drinkers in the nation — 1 in 4 adults. And binge drinking — defined as five or more alcoholic drinks in a short period of time for men, and four for women — cost the state $6.8 billion in 2012.

That breaks down to about $1,200 per person in higher taxes, more health care, and other costs, according to a new study from the University of Wisconsin Population Health Institute.

Penny Black, who co-authored the study, spoke with host Audie Cornish on All Things Considered Thursday.

To understand how big an economic toll binge drinking takes, Black and her colleague Jason Paltzer divided the costs into different categories.

The largest portion of the economic burden comes from lost productivity, according to Black. That includes missing work, premature mortality, incarceration, and absenteeism.

In 2011, there were 50,000 hospitalizations due to binge drinking — part of the increased health care costs. And with more than 60,000 arrests of binge drinkers in 2010, the criminal justice system is also taking a hit.

But how did the researchers account for Wisconsin's large population of college students? Surely they have something to do with the state's binge drinking rate. So if you took those students out of the equation would the numbers look different?

Black says yes, and no.

"We know that binge drinking is a huge problem in the 18 to 25-year-old population, but in Wisconsin specifically, that behavior continues past college," she says. "And it's really kind of a norm. And that's why we are No. 1 in the nation as far as binge drinking rates."

Unfortunately, Wisconsin's alcohol problem extends beyond binge drinking: The general alcohol consumption rate for the state is 30 percent higher than the national average.

Black tells Cornish there are a lot of reasons that account for how Wisconsin became the booziest state in the nation.

"A lot of it is availability," Black says. "Alcohol is available at every event — church event, school event, sporting event. We have local control here so there is no monitoring of the number of licenses that are allowed for people to sell alcohol."

The state also has one of the lowest taxes on alcohol in the country. In 2011, Wisconsin collected $69 million in alcohol taxes, which covers just 1 percent of the $6.8 billion in costs detailed in the report.

Many of the state's public health experts, including Black, have argued for raising the tax to temper the problem.

"We know that increased prices are a deterrent for younger drinkers, so it would help on front end in that it would reduce some drinking," she says. "And then on the other end it would help pay for more of the problems that are caused by excessive alcohol use."

If you're curious about how other states rank, you can check out this table the Centers for Disease Control and Prevention put together in 2010. It seems there's something regional about the problem (Nebraska and North Dakota are No. 2 and 3, respectively). But you'll also find a lot of people overdoing it in New England, the District of Columbia, Alaska, and Hawaii.