Accessibility links
Power Shift Under Way As Middle Class Expands In Developing World : Shots - Health News The economic expansion of the so-called "Global South" is being driven by new trade and technology partnerships, according to a United Nations report. The U.N. predicts that over the next two decades, economic and political power will shift away from Europe and North America. 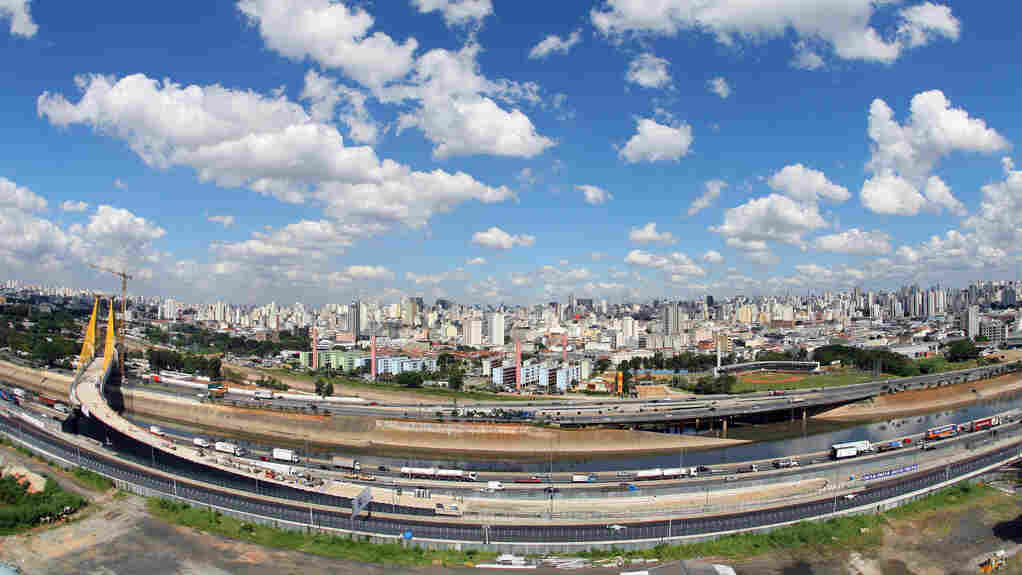 The city of Sao Paolo, Brazil, shot with a fisheye lens. Standards of living are improving not just in the big developing nations like Brazil, but also in smaller countries such as Bangladesh and Ghana. Daniel Incandela/Flickr via Wikimedia Commons hide caption 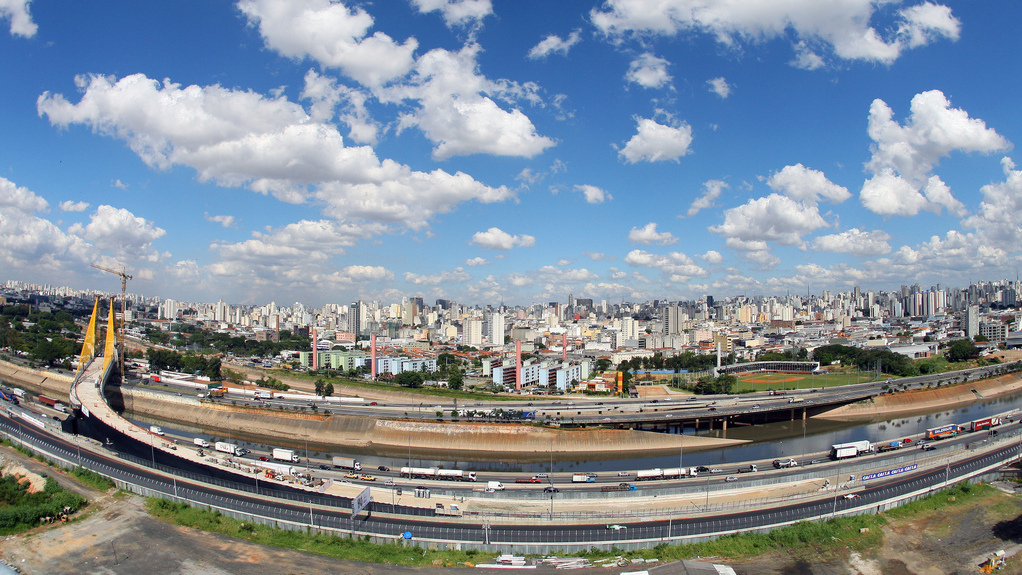 The city of Sao Paolo, Brazil, shot with a fisheye lens. Standards of living are improving not just in the big developing nations like Brazil, but also in smaller countries such as Bangladesh and Ghana.

"The meek shall inherit the earth" — that seems to be the latest message from the United Nations Development Program.

Their 2013 Human Development Report chronicles the recent, rapid expansion of the middle class in the developing world. It also predicts that over the next two decades growth in the so-called "Global South" will dramatically shift economic and political power away from Europe and North America.

The report projects that by 2020 the combined gross domestic products of Brazil, China and India will exceed the entire output of Canada, France, Germany, Italy, Great Britain and the U.S. put together.

"Much of this expansion is being driven by new trade and technology partnerships within the South itself," according to the report.

And this is translating into more than just financial gains in the developing world. According to UNDP, every country surveyed — and just about every nation on earth was sampled — improved the health, education and income of its citizens over the last decade.

Bill Orme, a spokesman for UNDP, says the report finds that economic growth and human growth are inextricably linked. He says government investment in key social sectors is crucial in moving nations forward.

"Even if your only goal is to boost your economic output, what you need to do is invest in your people," Orme says. "You need to invest in education ... health ... governance structures that allow people to affect their lives on the community, local and national level. And if you do all those things right, economic progress will follow."

The other key factor for nations trying to get ahead in the 21st century is globalization.

"This report shows that engagement with the world economy is good for you," Orme says. "That is to say that countries that have the most interaction with global trade have better standards of living for their people."

Standards of living are improving not just in the big developing nations — Brazil, China, India for example — but also in smaller countries such as Bangladesh, Chile, Ghana, Mauritius, Tunisia and Rwanda.

The report projects that over the next two decades the size of the middle class will increase modestly in North America and it will actually go down in Europe. But it will boom in Asia from 525 million to 3.2 billion people. 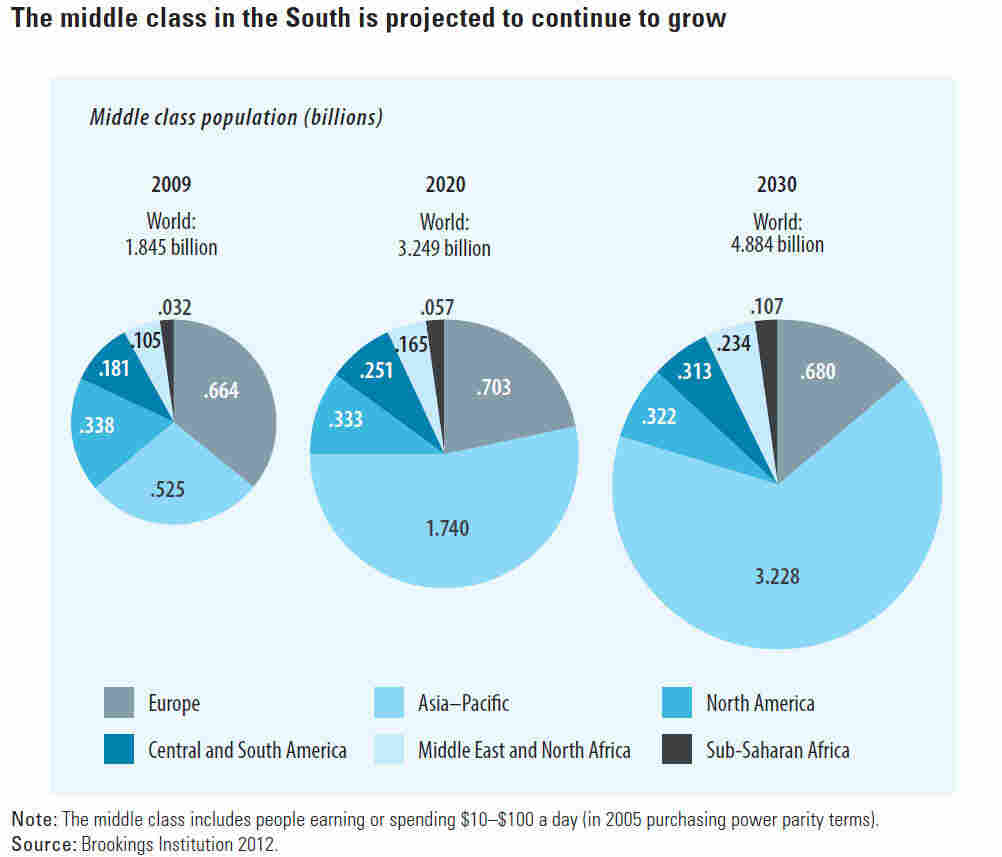 The analysis looks at a variety of factors that contribute to economic and human growth.

And one of the things that has had the greatest impact on kids' health is the educational level of their mothers.

"If you were going to identify one single factor," Orme says, "... that would almost guarantee that your country will do better 10 years, 20 years, 30 years down the road ... invest in girls and women's education and ensure that they have equal opportunities. All kinds of good things come from that."

Coming just a day after the Catholic Church looked to Latin America for the new pope, this report also underscores that the global center of gravity is shifting away from the traditional powerbases of Europe and North America.

Blaire Ruble, the director of the global sustainability program at the Woodrow Wilson Center in Washington, D.C., who was not involved in the report, agrees there's a global power shift taking place.

"Like all such grand processes it is not linear," Ruble says. "There are lots of contradictions but players in the 'Global South' now have a role on the world scene that they didn't have a quarter of a century ago. And this is very exciting because they do see the world differently."