Accessibility links
Doctors: Bench Athletes At First Concussion Sign : Shots - Health News Athletes who have headaches or any other concussion symptoms should be removed from play immediately, according to tougher standards just issued by neurologists. The move comes in response to research showing short- and long-term damage from head injuries. 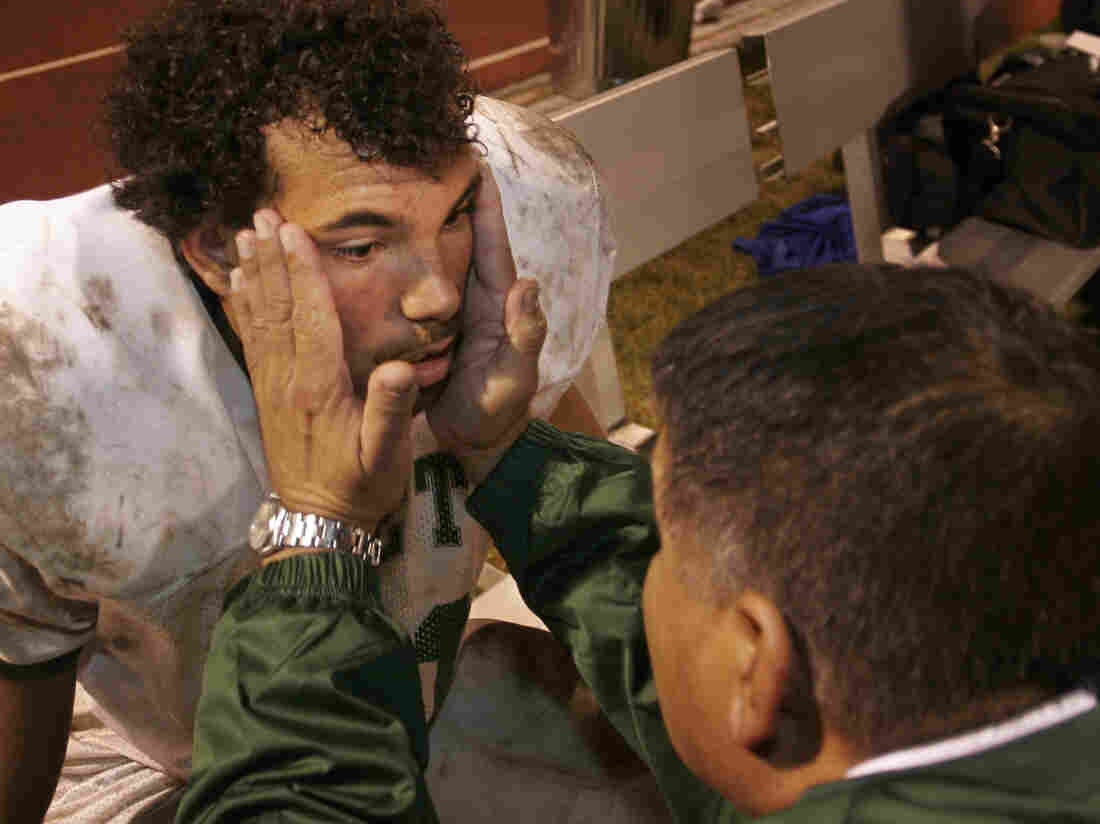 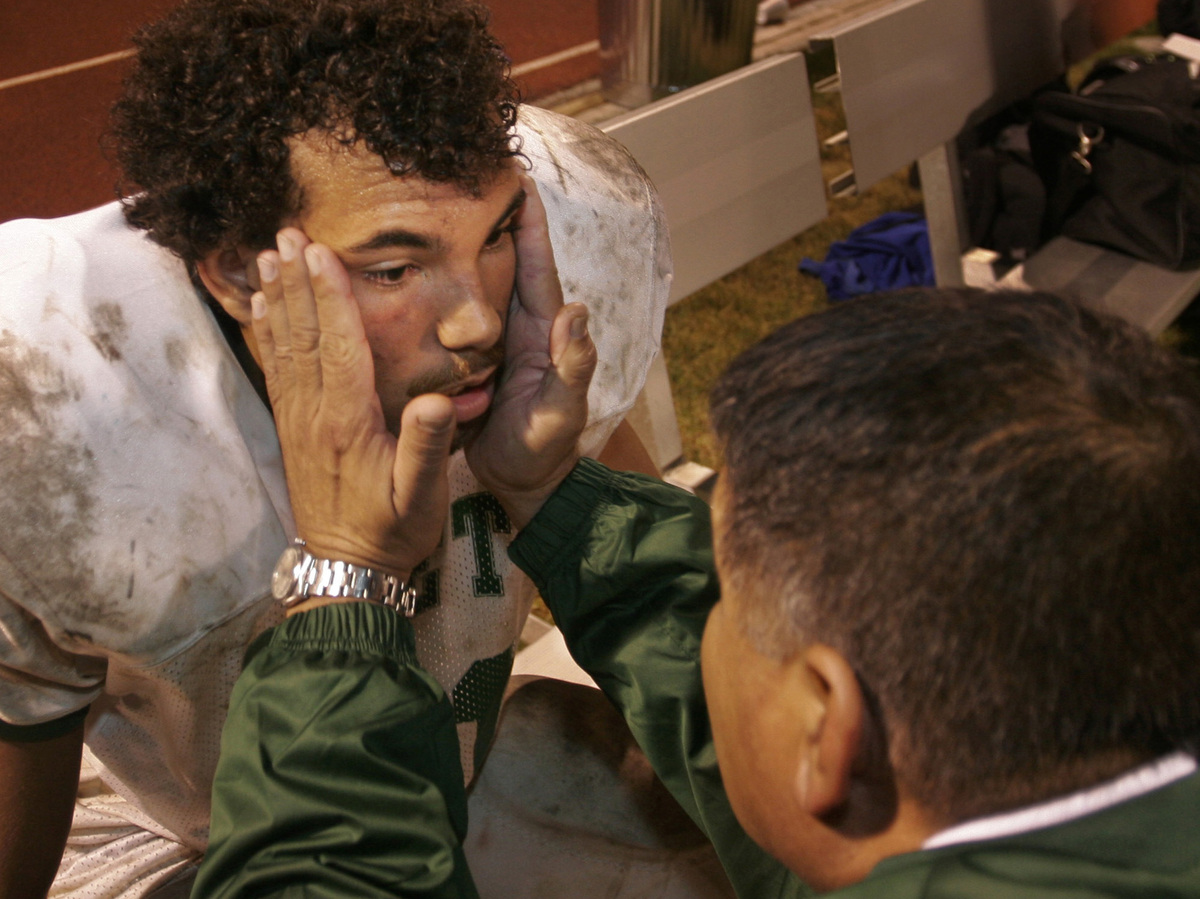 Figuring out whether a child who might have a concussion should stay in the game just got easier, thanks to this one-word answer from the nation's neurologists: No.

Today the American Academy of Neurology chucked 15-year-old rules that confused pretty much everybody, from parents and coaches to kids and doctors.

Instead of talking about various symptoms and concussion grades, the neurologists now say that the best offense is defense.

Coaches should "immediately remove from play any athlete suspected of having sustained a concussion, in order to minimize the risk of further injury," the new guidelines state. The advice applies to athletes of all ages, but kids merit special attention.

An athlete shouldn't return to play until he or she has been evaluated by someone trained to look for subtle ongoing symptoms like headache, the new guidelines state. A history of concussions and younger age make a longer recovery more likely.

And if headaches and other symptoms come back, stop playing sports and see the doctor, the neurologists recommend.

The strong call to remove athletes from play is fueled partly by studies that found that people are more vulnerable to a second concussion within 10 days of the first injury. Multiple concussions can make symptoms worse and slow recovery.

Though these new standards are clearer, parents and student athletes may still find the signs and symptoms of concussion confusing.

Concussion is complex because the brain is complex, says Jeffrey Kutcher, a neurologist at the University of Michigan and a co-author of the new guidelines, which were published today in Neurology.

"Stay away from simple rules like 'three concussions and you're out' or 'stay out for a week,' " Kutcher told Shots.

Each brain will respond differently to an injury, Kutcher says. Thus the need to step back and assess each kid. At the same time, he says, the neurologists realize that "removing anybody from athletics has significant negative effect across the lifespan."

So expect a lot of debate at all levels of sport on when it's really safe to come back.

The new guidelines, which have been in the works for years, come as worries about the potential for permanent brain damage from sports concussion has soared. Those concerns first started with pro football and hockey, but have seeped down to student sports at all ages.

Risk of concussion is greatest in football and rugby, the neurologists report, followed by hockey and soccer. For young women and girls, soccer and basketball pose the greatest risk. Teenagers may fare worse after a concussion, some studies say, perhaps because their brains are rapidly making new neuronal connections.

A postmortem analysis of the brain of NFL linebacker Junior Seau, who committed suicide last year at age 43, found that he had suffered chronic traumatic encephalopathy, a neurodegenerative disease associated with repetitive head injuries.

Risk factors for that sort of chronic impairment are prior concussion, longer exposure to the sport and the ApoE4 gene variant, the new report says. That variant exists in about 14 percent of the population, and has been linked to heart disease and some cases of Alzheimer's disease.