Accessibility links
The Doctor Will See You And A Dozen Strangers Now : Shots - Health News Getting quality time with your doctor might be easier in a group. With primary care doctors in short supply, some are turning to group appointments. Proponents say the approach has advantages, including the chance to learn from fellow patients.

The Doctor Will See You And A Dozen Strangers Now

The Doctor Will See You And A Dozen Strangers Now 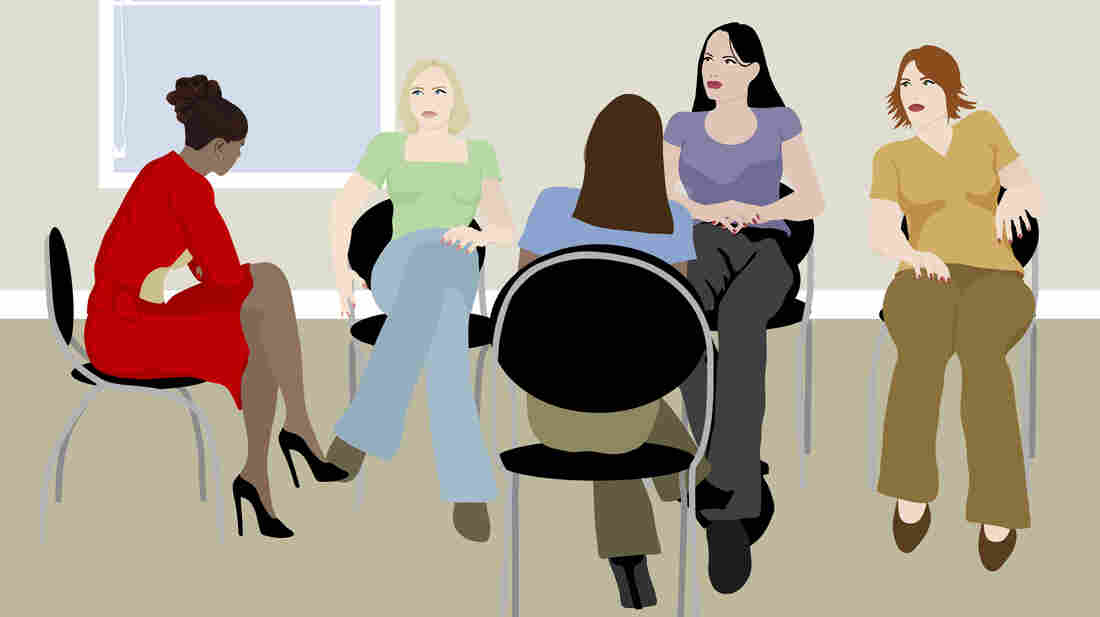 Group therapy is popular in mental health circles. Are group appointments for medical conditions worth a try? iStockphoto.com hide caption 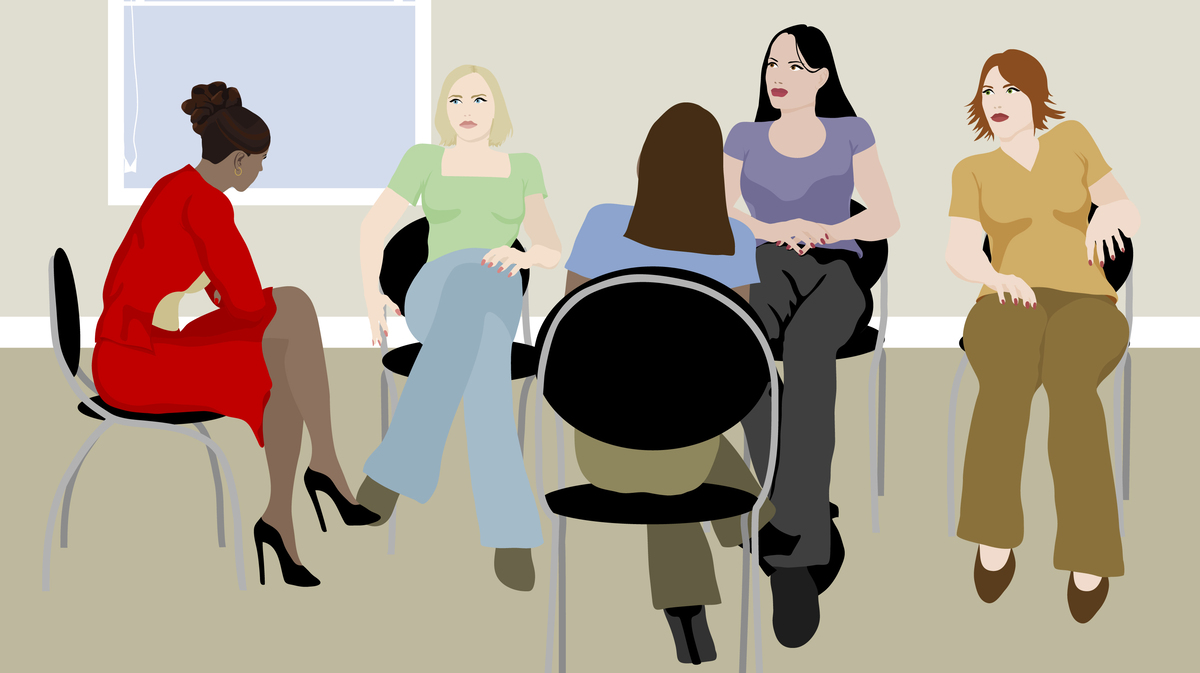 Group therapy is popular in mental health circles. Are group appointments for medical conditions worth a try?

If the idea of sharing your personal medical troubles with your doctor and a bunch of total strangers gives you sweaty palms, you're not alone.

Yet, a growing number of people are swallowing hard and doing it. Along the way, they're discovering that they can get more time with the doctor and learn a few things from their fellow patients by forgoing a one-on-one appointment for a group medical visit.

With an estimated 27 million people expected to get insurance coverage in coming years as the federal health law's mandate kicks in, group medical appointments may help ease a shortage of primary care physicians, proponents of the practice say.

Group medical appointments can work for all kinds of routine care — from post-surgical joint replacement follow-up to chronic conditions, such as diabetes or heart disease. In 2010, about 13 percent of family physicians reported conducting group visits, more than double the 6 percent that did so in 2005, according to the American Academy of Family Physicians.

In a typical group visit, a doctor, often helped by a nurse, sits down with as many as a dozen patients for up to two hours. Each patient gets a chance to ask questions and listen to others' concerns. The doctor facilitates the discussion.

There is often also a modest physical exam. Patients may all get weighed and have their blood pressure checked, for example. If it's a diabetes group, they may all take off their shoes and socks for a foot exam.

Health insurance copayments for a group visit are typically the same as they are for seeing the doctor one on one.

Byron Haney, a family physician in rural Ellensburg, Wash., conducts a sort of hybrid wellness visit for his female patients when they turn 50.

First, he does individual physical exams in separate rooms. While he's doing that a nurse visits the other women and compiles a list of their questions. Then he brings the women together to answer questions and talk about health care issues specifically geared to the women, including information about a screening colonoscopy, annual mammograms, and the pros and cons of hormone replacement therapy.

"You could never give these ladies the information they would need" about preventive and other care in the limited time available for a regular office visit, says Haney.

The group appointments can improve health outcomes as well. In one Italian trial, more than 800 type 2 diabetes patients were randomly assigned to either group visits or individual care. After four years, the patients who had been participating in group office visits had lower blood glucose, blood pressure, cholesterol and body mass indexes.

Although patients often say they're uncomfortable talking about private medical concerns in front of a group, their shyness quickly evaporates, says Edward Shahady, medical director of the Diabetes Master Clinician Program at the Florida Academy of Family Physicians Foundation in Jacksonville. He trains physicians and residents in conducting group visits for diabetes patients.

Every patient signs an agreement promising not to disclose what they discuss at the meeting with others.

Shahady described an exchange between two patients in a diabetes group that he led. The first patient, a man who was new to the group, was very quiet during the first meeting. But at the second meeting, he opened up, saying he was having trouble with "his manhood." Erectile dysfunction is a common side effect of Type 2 diabetes.

Shahady says the woman sitting next to this man turned to him and told him that if he wanted to fix that problem he would have to "get that blood sugar under control." Shahady loved it. "I teach, and then I have my patients reinforce my teaching," he says.