Accessibility links
How A Patient's Suicide Changed A Doctor's Approach To Guns : Shots - Health News Dr. Frank Dumont never thought of himself as being on the front lines of suicide prevention. But after the death of a patient he was particularly close to, he sees his role changing. He's seeking to reduce suicides by asking his patients about guns in their homes. 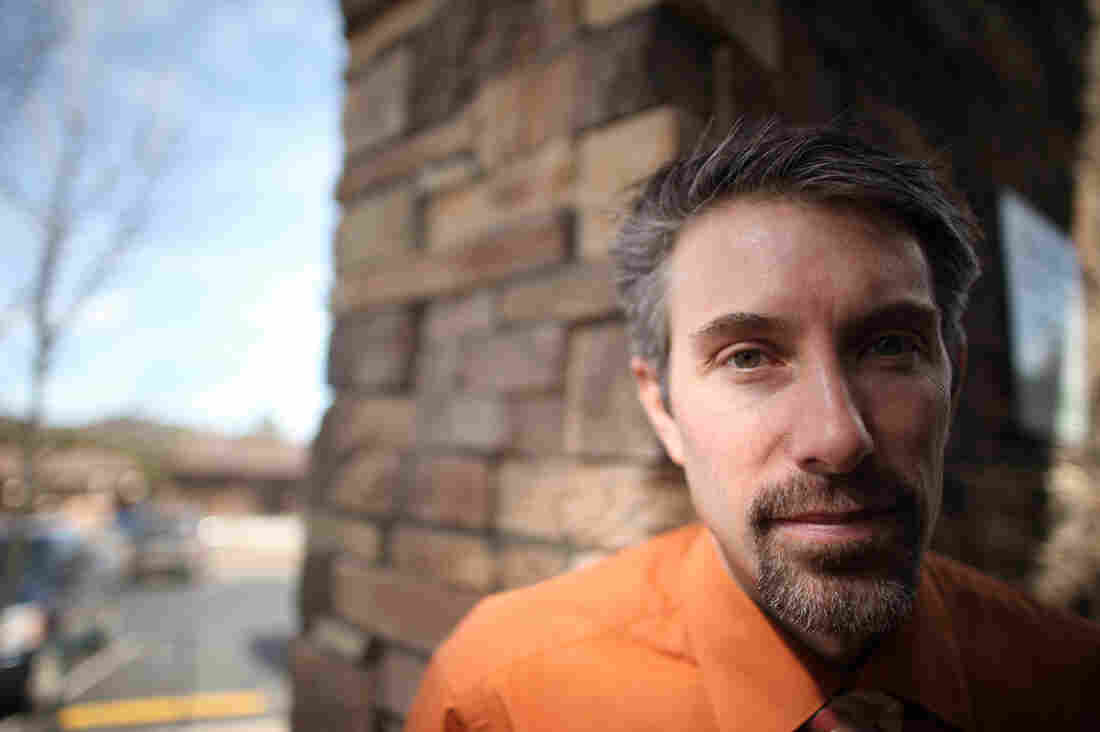 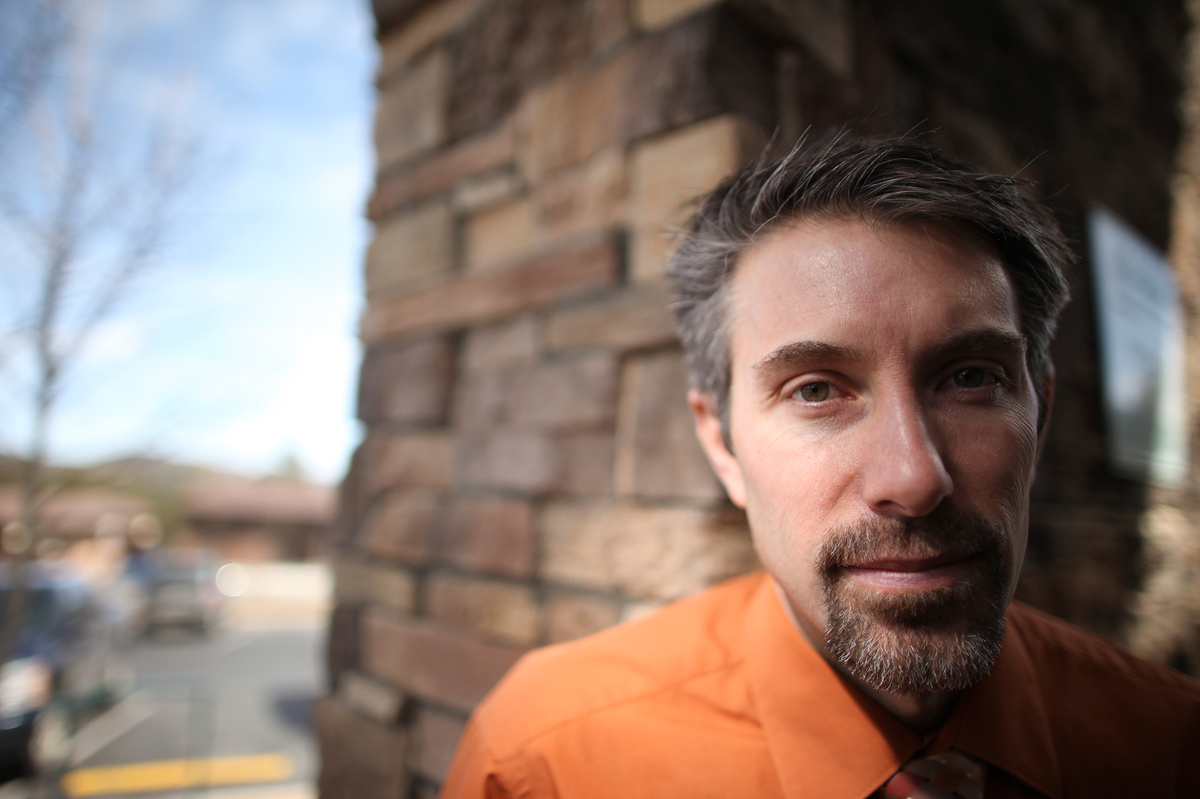 Dr. Frank Dumont at his clinic in Estes Park, Colo.

Dr. Frank Dumont knew one of his favorite patients was getting depressed.

When Dumont first started seeing him in his family practice, the man was in his 70s. He was active and fit; he enjoyed hiking into his 80s. But then things started to change.

"He started complaining of his memory starting to slip," Dumont says. The man would forget where he had placed objects, and he'd struggle to remember simple words and phrases.

Dumont prescribed antidepressants and saw him every eight weeks or so.

Like a lot of people in the small town of Estes Park, 90 miles northwest of Denver, both Dumont and his patient were drawn to the ruggedly beautiful mountains there. One of them, called Longs Peak, is a cherished part of Dumont's life. He and the patient talked often about the picturesque mountain.

"He was one of those people where you see them on the schedule for the day and you just smile," Dumont says. "You just realize you get a chance to chat with someone who feels like a friend."

That's what their last visit was like. Dumont says he did ask the man whether he was having any thoughts of hurting himself, but got a very convincing no.

"What in hindsight struck me about that visit is that he brought me a gift, which was a geological survey marker from the top of Longs Peak," says Dumont. "It was a replica, but it was one of those things that was just another reminder to me of this connection that we had had." 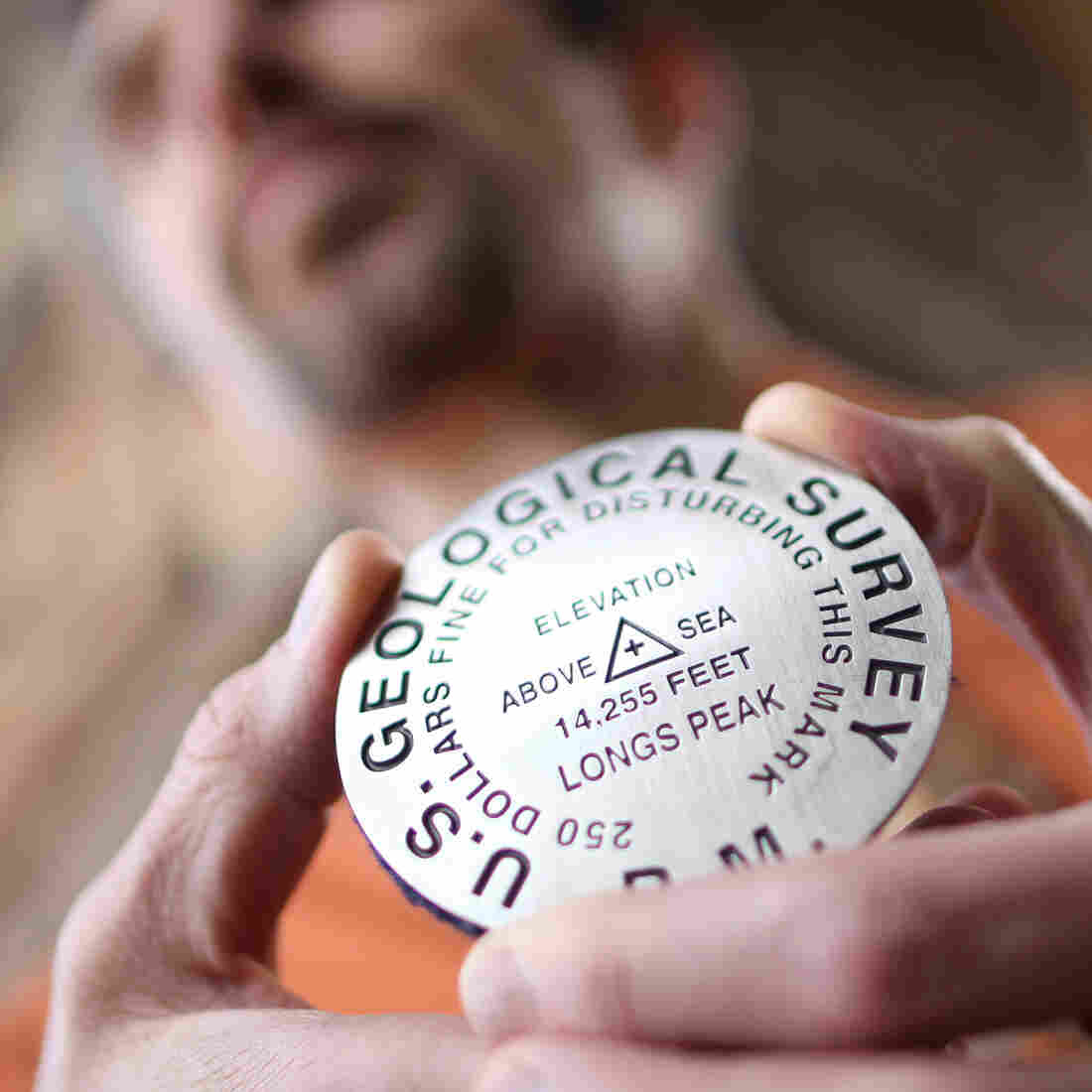 Dr. Frank Dumont holds a gift from a patient who committed suicide with a gun. In hindsight, Dumont sees it as a farewell from the man who was one of his favorite patients. Barry Gutierrez for NPR hide caption 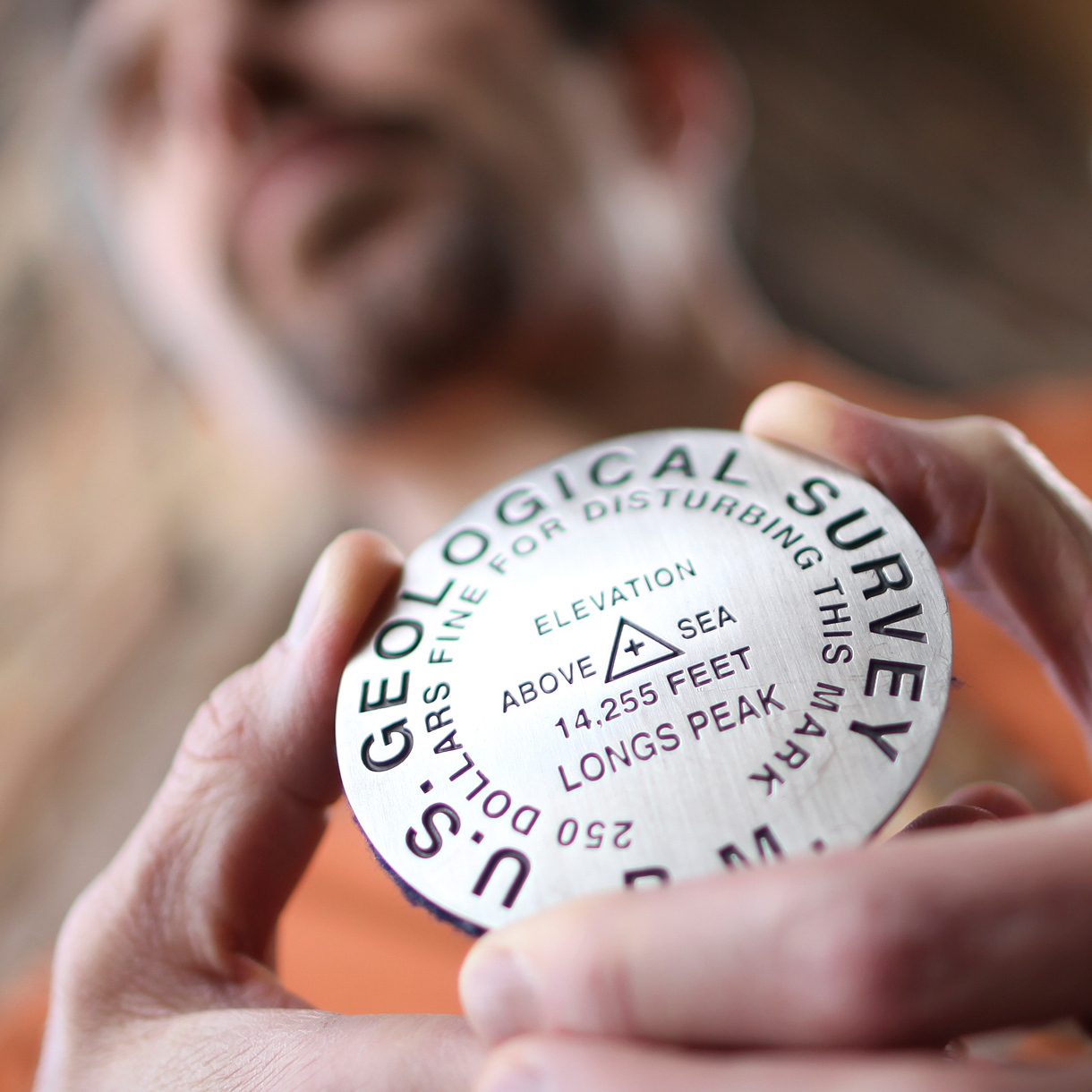 Dr. Frank Dumont holds a gift from a patient who committed suicide with a gun. In hindsight, Dumont sees it as a farewell from the man who was one of his favorite patients.

"And at the time it just seemed like a very generous gift that touched me," Dumont recalls. "And what I didn't realize at the time was that that was, I think, a farewell gift, or a bit of a parting gift, from him. Because I did not see him again. And the next that I had heard of him was from an emergency phone call from his wife about a month later, and she called needing to be seen. .... She had to come in and talk to me with how to deal with the fact that her husband had committed suicide."

Dumont's patient shot himself in the head with a rifle. Dumont was stunned, and guilt-ridden.

He says he always asks his depressed patients about suicide, whether they've thought about how they'd do it. But he now regrets not asking this patient specifically whether he had guns in the house.

Suicide prevention researcher Dr. Matthew Miller, at the Harvard School of Public Health, says Dumont sounds like a great doctor. "He was doing everything he could to try to keep this guy from making a suicide attempt, but what he didn't do was the second step, which is make it hard for him to die if he did make an attempt," Miller says.

The second step, Miller says, is asking patients if they have guns in the house or access to guns. If someone tries to commit suicide without using a gun, they probably won't succeed.

"The likelihood of their dying is of an order of magnitude lower," he says. "Instead of there being a 90-plus percent chance of death, there's a greater than 90 percent chance that they'll live."

Miller wants to make it routine for family doctors to ask their patients about guns. One large study found that nearly half of all suicide victims had seen a primary care doctor within a month of killing themselves. So it's important for them to bring up suicide and possible means.

"We have to get people to stop thinking about these discussions as gun control in one way or another, but rather as a way of conveying useful information, so people make decisions that protect their family," Miller says.

There are lots of reasons family doctors avoid bringing up guns with their patients. They may not want to offend a patient, or they may be too busy checking off all the preventive screenings and tests on the list.

Not everybody wants gun advice from a medical professional. Edgar Antillon organized a pro-gun rally at the Colorado State Capitol earlier this year. He says he would resent a doctor bringing it up.

"Tell me to stay healthy, tell me my baby has colic, but I don't think it's their job to tell me about gun safety," he says. "They're not gun experts. They're not NRA members. ... And if they are, then I'll take it as advice from an NRA member."

But Dumont has spent a lot of time second-guessing himself since his patient shot himself. The doctor hopes small measures he can take will reduce the odds, just a fraction, that another one of his patients will die from suicide by gun.

"I have a lower threshold for asking follow-up questions, asking the same thing a different way," he says. "Or if I have any inkling, starting to push a little bit further, and say, 'Well, so you're not really thinking about it, but have you ever thought about how you would go about it if you were going to?' And I have a lower threshold for asking about a weapon in the home as well."

Dumont says he thinks more physicians would talk with their patients about guns if they got information about health risks associated with them. Medical journals and a federal board of experts regularly issue advice on prevention of obesity, car accidents and workplace injuries. But there's been a ban on federally funded gun safety research until President Obama restored it with an executive action.