Accessibility links
Talk Globally, Go Locally: Cellphones Vs. Clean Toilets : Shots - Health News Six billion people around the world now own cellphones, while only 4.5 billion people have a safe place to use the bathroom, the United Nations said Thursday. Improving sanitation could help prevent thousands of kids from dying each day of waterborne diseases. 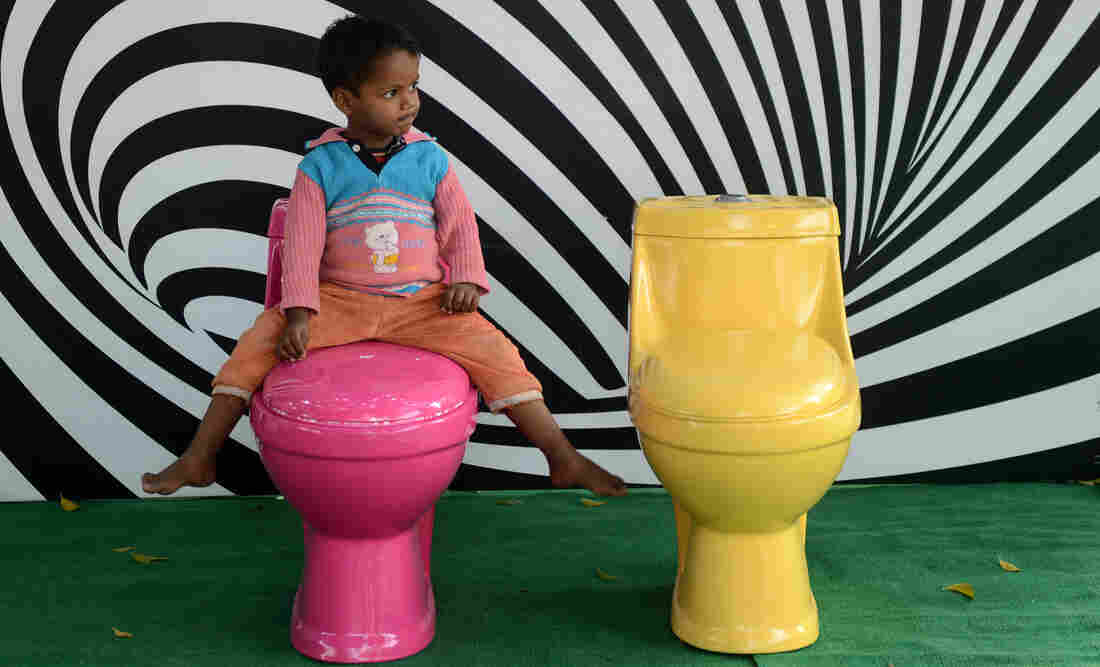 A young boy plays on a commode during an event for World Toilet Day in New Delhi in November. An estimated 131 million Indian homes don't have a latrine or a clean toilet. Raveendran/AFP/Getty Images hide caption 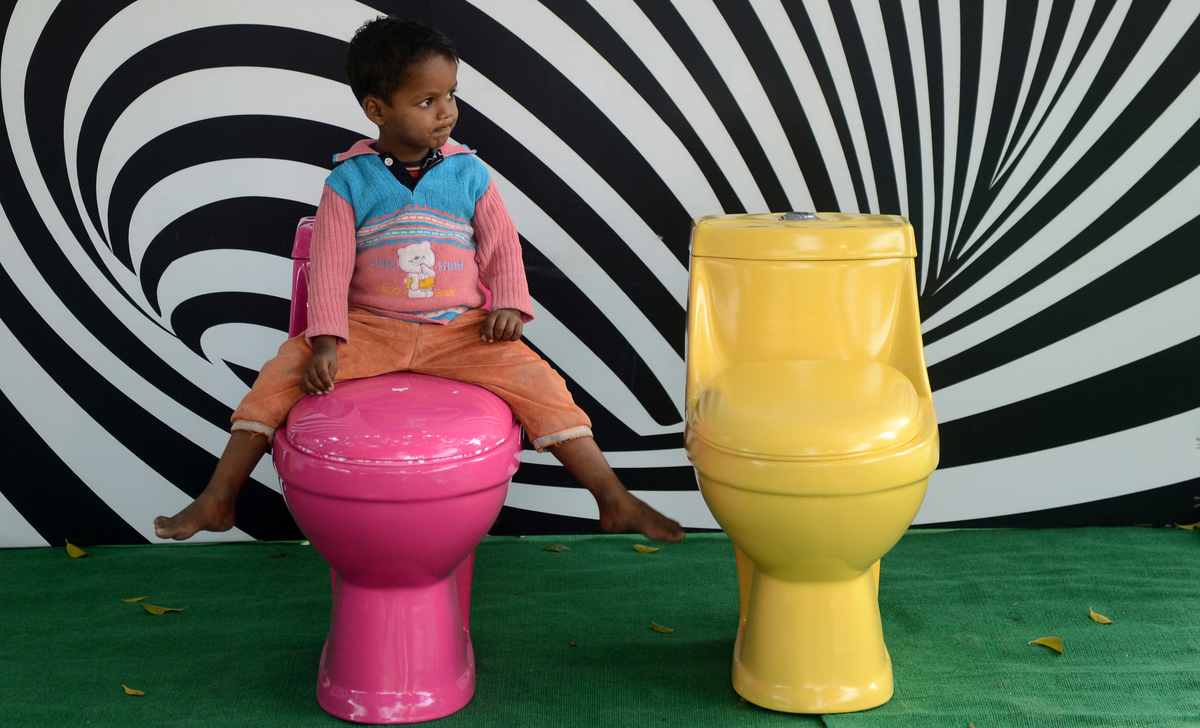 A young boy plays on a commode during an event for World Toilet Day in New Delhi in November. An estimated 131 million Indian homes don't have a latrine or a clean toilet.

Mobile phones have become ubiquitous across Africa and Asia, but lowly toilets haven't.

Right now, 6 billion people around the world have cellphones. But only 4.5 billion people have access to a clean commode, the United Nations said Thursday.

That leaves more than 2.5 billion people without a safe place to use the bathroom and more than a million resorting to going out in the open. Both practices, needless to say, can take a deadly toll on communities by dirtying water supplies and spreading diseases.

"It's still more risky to go to the bathroom in many countries than any other activity." Andreas Lindstrom, of the Stockholm International Water Institute, said at a conference in Vina del Mar, Chile, Bloomberg Businessweek reports.

About 1,800 kids die each day from diseases that could be prevented with decent sanitation, The United Nations Children's Fund, said in a statement Friday.

"If 90 school buses filled with kindergartners were to crash every day, with no survivors, the world would take notice," Sanjay Wijesekera of UNICEF said in the statement. "But this is precisely what happens every single day because of poor water, sanitation and hygiene."

About a quarter of these kids are from India, where mobile phones and other technologies have taken off in recent years.

Take for instance, India's state of Maharashtra, which includes the fourth most populous city in the world, Mumbai. About 70 percent of the state's 100 million people have cellphones, and 60 percent have televisions in their homes, the Hindustan Times reported Wednesday. But nearly half of families still don't have a toilet.

Why the discrepancy in the toilet-to-phone ratio?

For starters, building safe, clean commodes is expensive. In India, each one costs roughly the same as a Samsung 4G phone. But a commode also requires clean water, electricity and infrastructure to deal with the output.

There are also cultural barriers to overcome. Talking about sanitation is taboo in many places, but people are more than happy to text and tweet in public. Maybe if engineers could come up with an iPotty that fits in your purse, links up to Twitter and takes photos, toilet access might catch up with phones.