Accessibility links
New Landscape Of Global Giving: Not Your Grandfather's International Aid Agency : Shots - Health News Less money is now coming from wealthy, industrialized nations and more is flowing from private foundations, corporations and even countries that only a few years ago were recipients themselves. 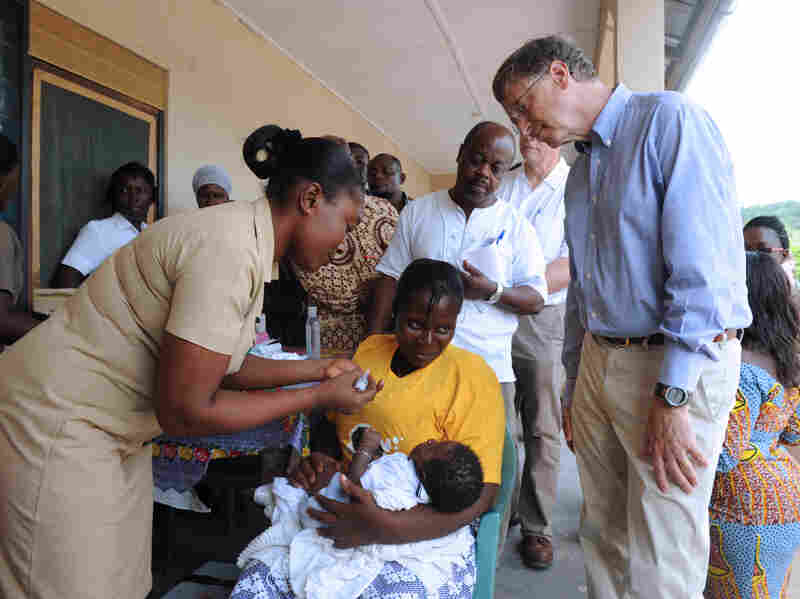 Bill Gates watches as a child is vaccinated at the Ahentia Health Centre in Ghana in March. Pius Utomi Ekpei/AFP/Getty Images hide caption 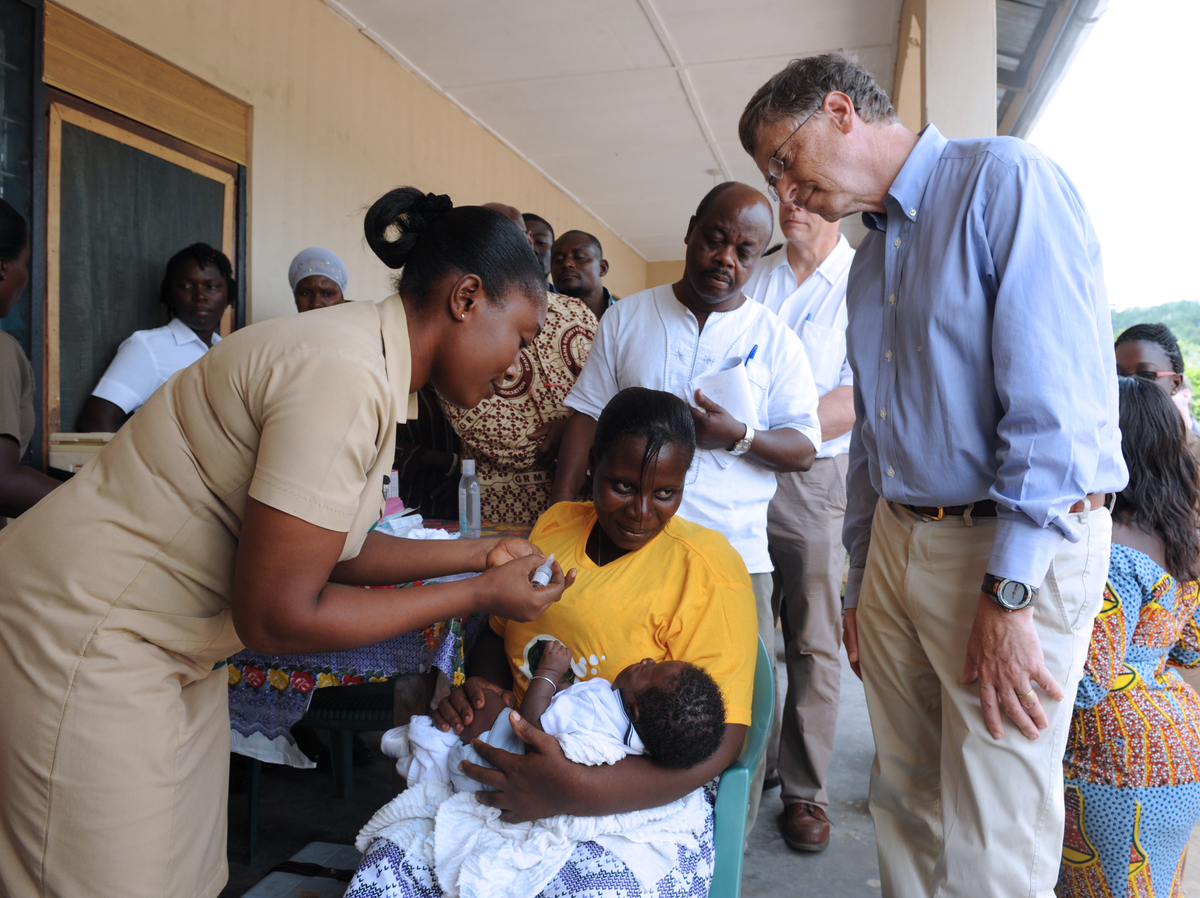 Bill Gates watches as a child is vaccinated at the Ahentia Health Centre in Ghana in March.

The face of international aid for health and development is changing.

Less money is now coming from wealthy, industrialized nations and more is flowing from private foundations, corporations and even countries that only a few years ago were recipients themselves.

First, let's be clear. The United States government, through the U.S. Agency for International Development, remains the largest donor on the planet — doling out more than $30 billion each year.

This far surpasses the other major donor nations — the U.K., Germany and France — which each give roughly $13 billion a year.

But over the last decade, other players have been elbowing their way into the global aid and development world.

The 800-pound gorilla is the Bill and Melinda Gates Foundation (which also gives to NPR). The Gates Foundation pours billions of dollars into development projects and disease eradication around the world, giving more each year than many European nations.

Private corporations including huge multinationals such as Pfizer, Merck, Exxon and Unilever are setting aside hundreds of millions of dollars to buy goodwill in what they see as emerging markets.

And countries that not too long ago were major recipients of international aid themselves are getting involved in global giving. Marshall Stowell with the nonprofit, aid-group, PSI says rapidly expanding industrial nations are very interested in offering assistance in Africa.

"There's a clear interest in Africa from a humanitarian standpoint," Stowell says. "But also it can't be ignored — the resources in Africa are enormous. So countries like China, countries like India, are investing aid dollars and building bridges in Africa."

PSI just came out with a report on the changing philanthropic environment around global health. It points out that the so-called BRICS countries of Brazil, Russia, India, China and South Africa collectively provided more than $5 billion in 2010 for medical assistance in poorer nations.

States in the Persian Gulf, including Qatar, the United Arab Emirates and Saudi Arabia, also are now major donors to international development projects.

"I think the threshold for risk is very different among different types of donors," Stowell says. "If you look at a philanthropist or Bill and Melinda Gates, they're much more open to risk, in fact they seek that out. If you look at USAID because it's tax-payer funded, risk is not such a great idea. People (at USAID) want to see success, guaranteed success."

He says that some of the more nimble, risk-embracing agencies are now rolling out pilot projects that may later get picked up by much larger donor agencies such as USAID.

The new mix of players also means that a donor nation such as Brazil may tackle a problem in South America and be in a far better position to address it than a European country would be.