Accessibility links
Lead In Soil May Be An Overlooked Threat To Kids' Health : Shots - Health News The number of kids with dangerous levels of lead in their blood hasn't declined much in the past decade, as the government has remained focused on managing lead-based paint. Now researchers argue that more attention to contaminated soil is needed to prevent lead poisoning.

Lead In Soil May Be An Overlooked Threat To Kids' Health

Lead In Soil May Be An Overlooked Threat To Kids' Health 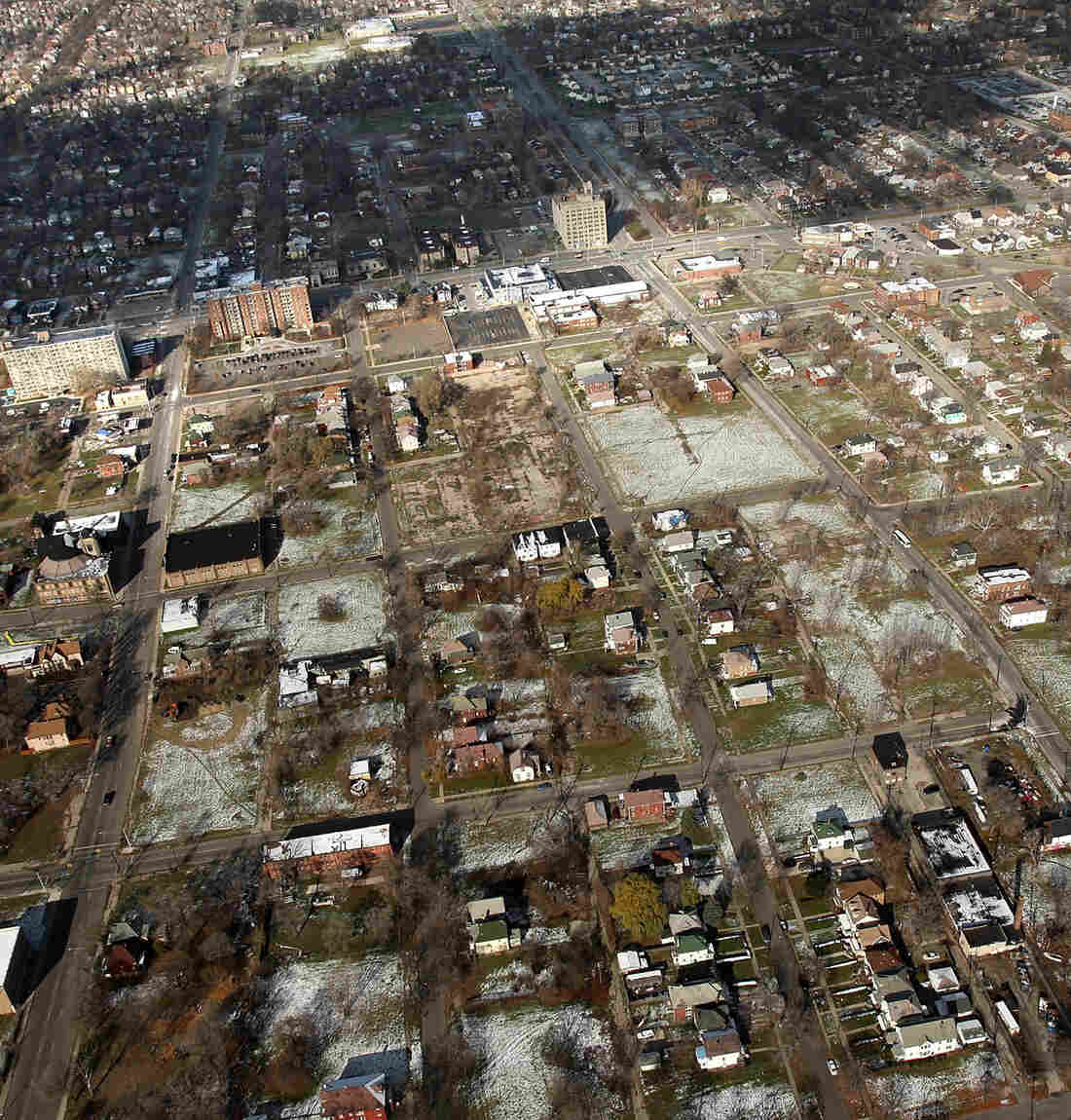 Industrial cities like Detroit have high levels of lead in the aging housing stock and in soils. Researchers found that the amount of soil lead in Detroit that gets suspended in the air correlated with the levels of lead in kids' blood. Spencer Platt/Getty Images hide caption 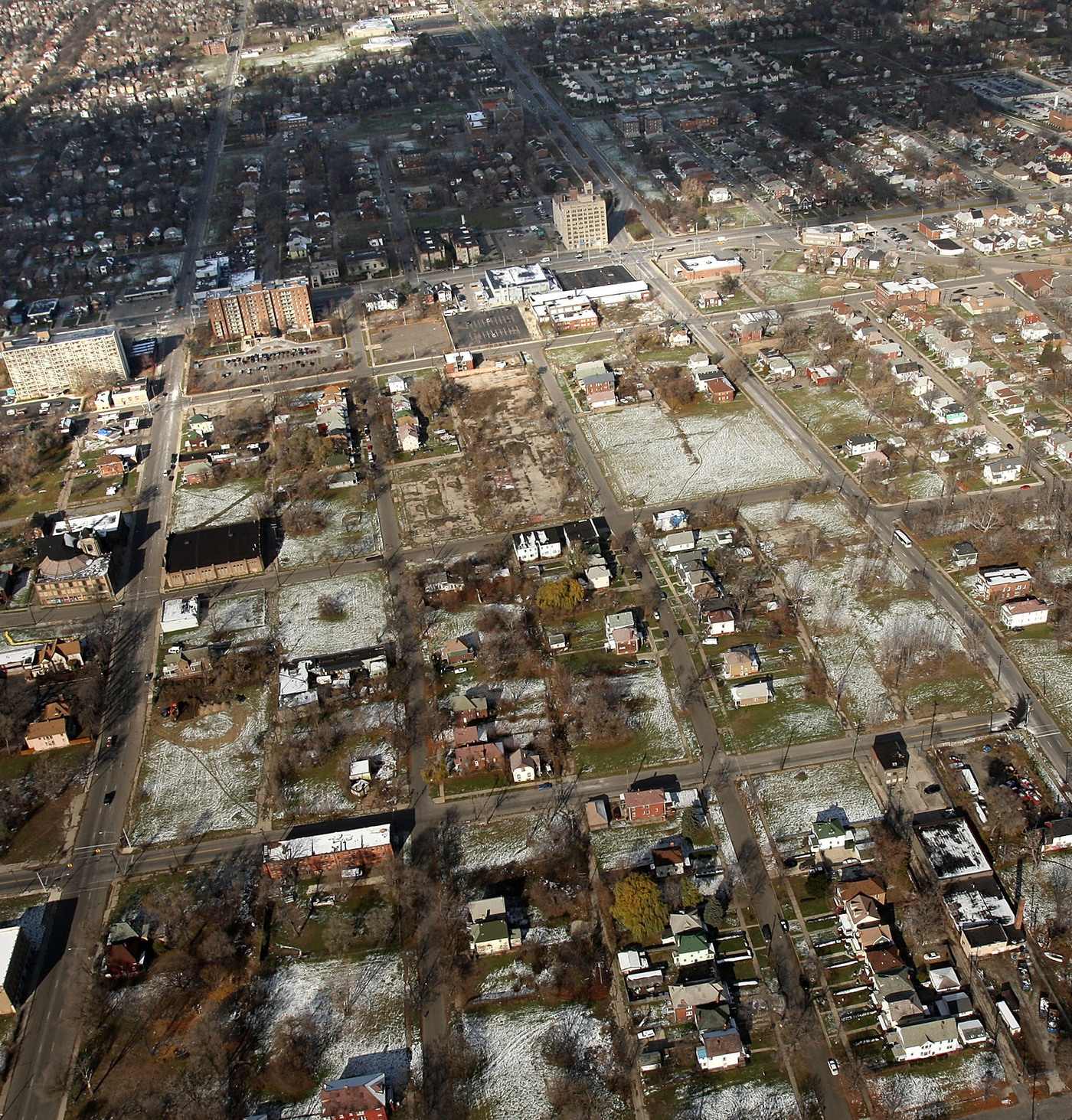 Industrial cities like Detroit have high levels of lead in the aging housing stock and in soils. Researchers found that the amount of soil lead in Detroit that gets suspended in the air correlated with the levels of lead in kids' blood.

Lead poisoning in kids is hardly the problem it used to be, now that we've stopped using lead in house paints and gasoline. But the lead that lingers outside and in old homes is still dangerous if kids are exposed to it.

According to a new report from the Centers for Disease Control and Prevention, 535,000 kids between 1 and 5 years old in the U.S. have at least 5 micrograms of lead per deciliter of blood, the amount that doctors say is enough to cause learning and behavior problems. The new analysis of 2007–2010 data from the National Health and Nutrition Examination Survey appears this week in the CDC's Morbidity and Mortality Weekly Report.

The numbers haven't improved much since the 1990s, and some researchers now say that may be because the CDC is focusing too much on education about one source of exposure: lead paint.

"There has been a lot of effort put into education and remediating houses with lead paint," Shawn McElmurry, a civil and environmental engineer at Wayne State University, tells Shots. "But it hasn't been successful at reducing lead exposure. We need a more holistic approach that also deals with contaminated soils."

While homeowners have learned over the years how to better manage old, peeling lead paint, the lead that was in gasoline was deposited on the ground and is still scattered throughout soils in many postindustrial U.S. cities. Kids still play in that dirt, and little kids may even eat it on occasion.

In a February paper published in the journal Environmental Science & Technology, McElmurry and a team of economists and urban health specialists argue that the seasonal fluctuation of children's blood lead levels seen in industrial cities like Detroit indicate that kids are exposed to lead from contaminated soil that turns into airborne dust in the summertime.

Here's their reasoning: Earlier studies have shown that in many cities, including Boston, Chicago and Washington, D.C., there's more lead in the air in the summer — because of wind, humidity and other factors. The researchers also knew that the average amount of lead in kids' blood in Detroit is higher in the summer.

Sammy Zahran, a demographer who studies environmental risks at Colorado State University and co-authored the study, says the findings demonstrate that contaminated soil in yards, playgrounds and elsewhere may be just as big a threat to children's health when it comes to lead.

If peeling paint were still the main problem, Zahran tells Shots, we would see higher blood lead levels in the winter, when kids are indoors more and could be exposed to more lead-based paint. Instead, he says, his research found that lead and soil in the air "were moving together, lockstep in time" at similar levels to the lead in kids' blood.

But McElmurry cautions that kids are still getting sick from lead paint. "Lead paint in the old housing stock is still there, and we know that lead can get into soil from car emissions and degraded paint, but right now the CDC's focus on paint is just too narrow."

So what's the answer to the soil problem? CDC spokesman Jay Dempsey tells Shots that parents need to "eliminate or safely control all sources of lead in a child's environment." But Zahran argues that the government may also need to play a more active role.

"If we're serious about minimizing risk, we may need to devote public dollars to cleaning up these areas that children frequent," says Zahran.