Accessibility links
As Stroke Risk Rises Among Younger Adults, So Does Early Death : Shots - Health News A study found that 1 in 5 adults ages 20 to 55 who survive strokes will die within 20 years of the event — a rate much higher than doctors expected. The findings mean doctors need to pay a lot more attention to younger stroke survivors. 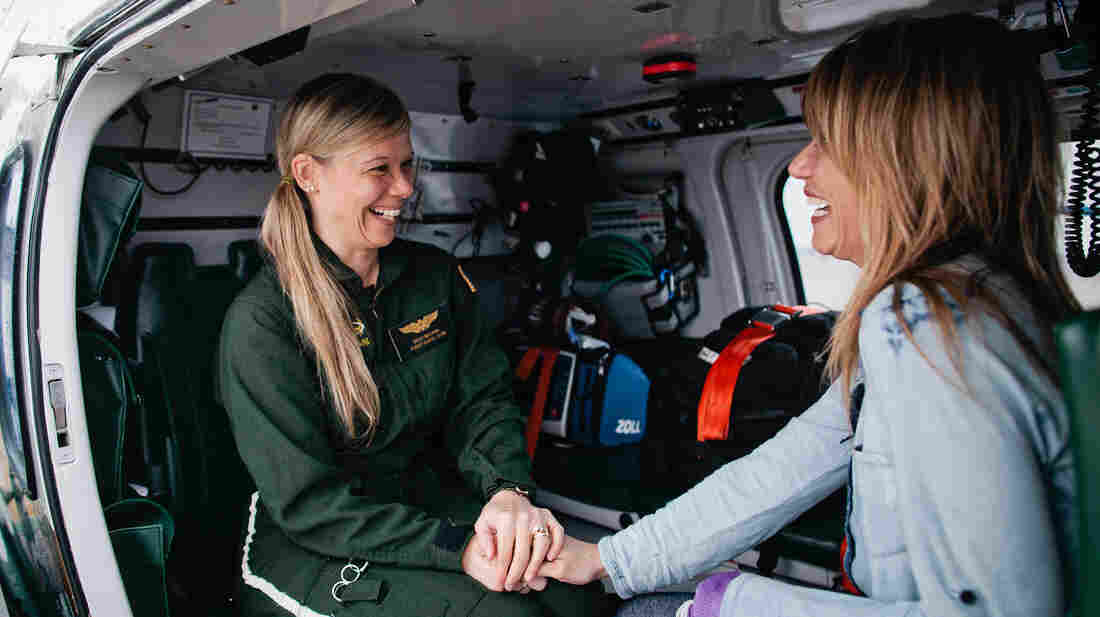 When Melissa McCann (left) suffered a stroke in 2007, her twin sister, Terry Blanchard, helped her make a full recovery. McCann is now back to work as a flight nurse with Life Flight at the Eastern Maine Medical Center in Bangor. David Wright/Redux Pictures for NPR hide caption 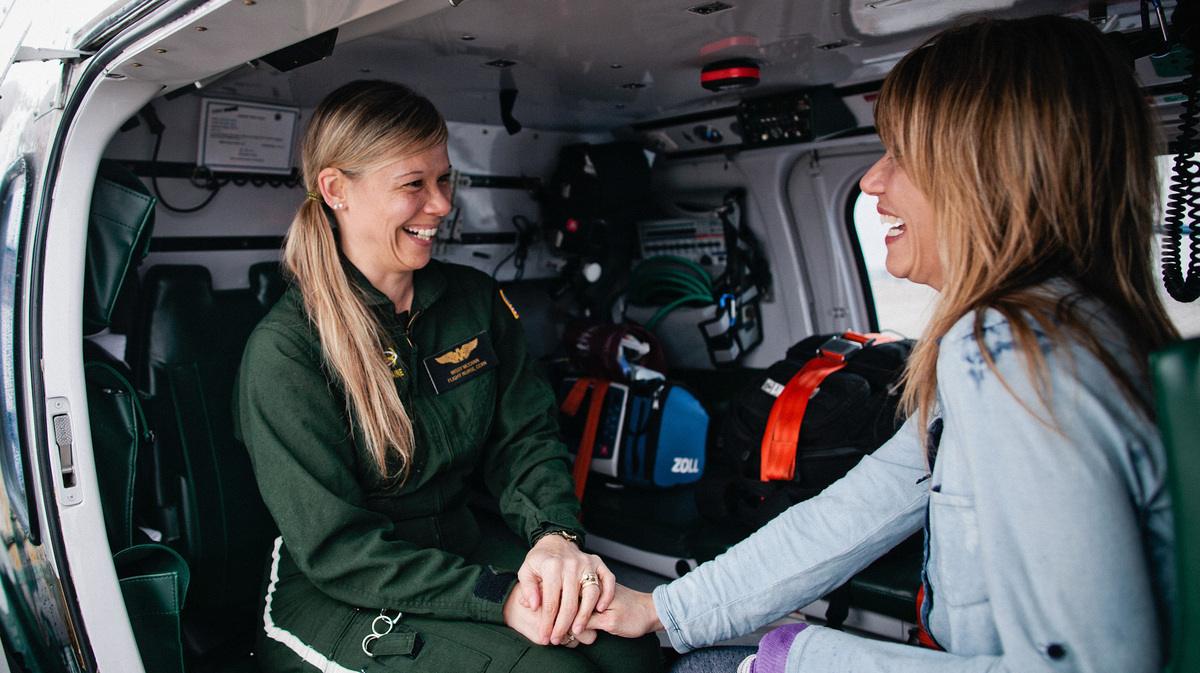 When Melissa McCann (left) suffered a stroke in 2007, her twin sister, Terry Blanchard, helped her make a full recovery. McCann is now back to work as a flight nurse with Life Flight at the Eastern Maine Medical Center in Bangor.

Most people (including a lot of doctors) think of a stroke as something that happens to old people. But the rate is increasing among those in their 50s, 40s and even younger.

These are people like Melissa McCann, a nurse in Maine who spends most days on a helicopter, accompanying sick and injured patients to a distant hospital.

McCann had a stroke at age 37. It began with a weird sensation.

"I had a very euphoric feeling," she tells Shots. "It's hard to explain, but everything felt very cartoon-ish to me. It felt very bizarre."

Then she found she couldn't dial the number to respond to a page. Light began to hurt her eyes. She couldn't speak. Because she's a nurse, she realized she was having a stroke. 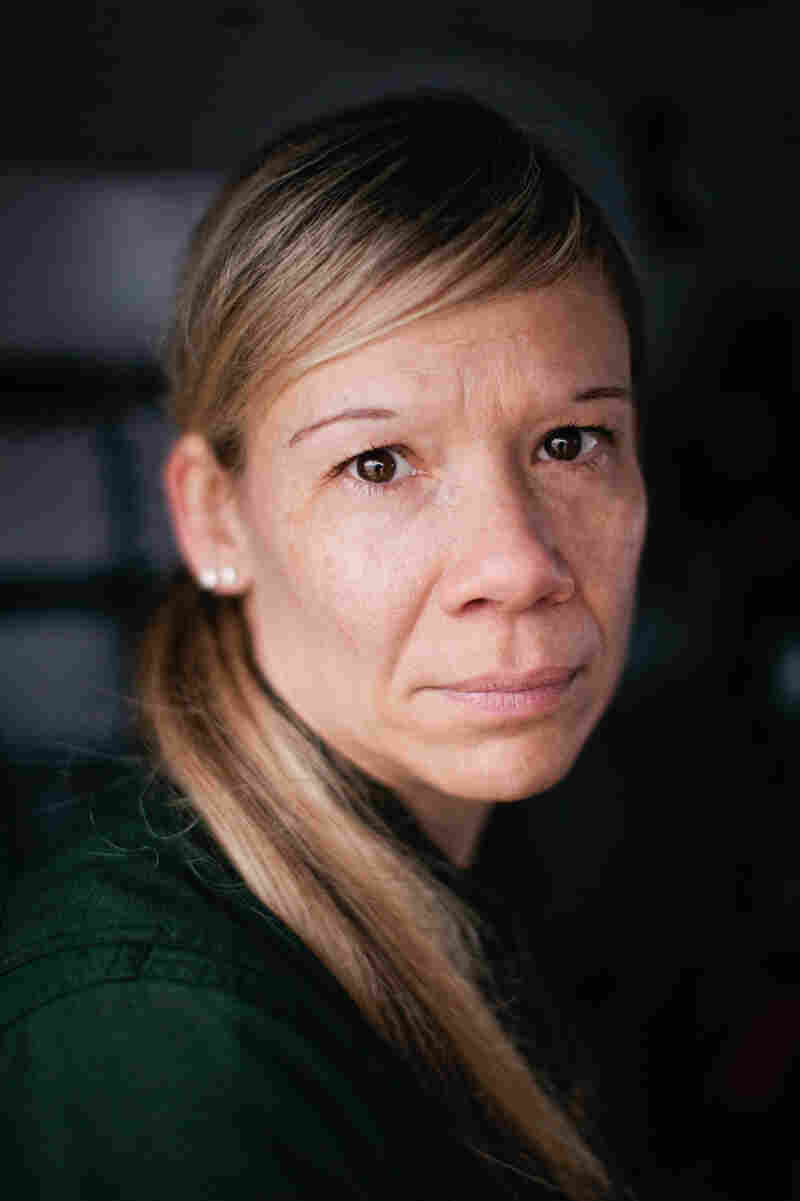 Doctors think an abnormal hole between the two upper chambers of McCann's heart allowed a blood clot to move to her brain and cause her stroke. David Wright/Redux Pictures for NPR hide caption 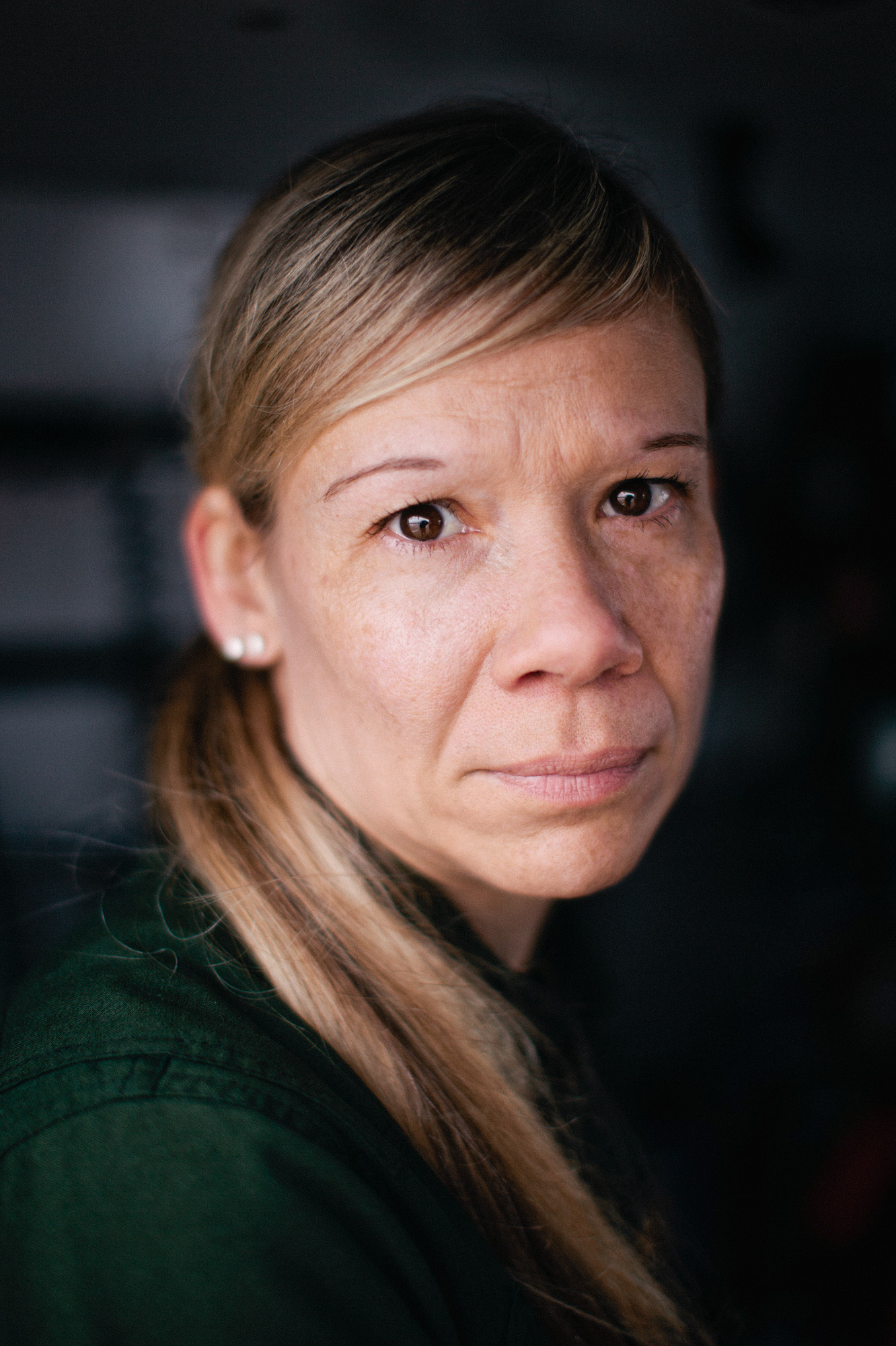 Doctors think an abnormal hole between the two upper chambers of McCann's heart allowed a blood clot to move to her brain and cause her stroke.

"It was very scary, really," McCann says, "because I know what could possibly happen." She could die, as her father-in-law did, or be permanently disabled.

New data show that younger stroke survivors are at great risk of premature death. Within two decades, 1 in 5 stroke survivors will die, according to a study in the March 20 issue of the Journal of the American Medical Association. The death rate is even higher among those with the most common kind of stroke, caused by a blood clot in the brain.

Dr. Frank-Erik de Leeuw of Nijmegen Medical Center in the Netherlands, who led the study, says the results surprised the research team.

"We had the impression that [younger stroke survivors] were doing quite well," de Leeuw tells Shots. "But now that we have followed all of them — and also the patients who didn't show up in our outpatient clinic anymore — it turns out that their prognosis was poor. To me, it was a true surprise."

He says it means doctors should pay a lot more attention to these patients. They should make sure their blood pressure and cholesterol are under control, and work harder to get them to lose weight and stop smoking. Increases in obesity and diabetes are thought to be factors in the rising incidence of young-adult stroke — though not the only ones.

"The risk is increased for decades after their stroke," de Leeuw says. "So we can't just send them back to their homes and say, 'Well, we've seen you now for one or two times after your stroke — take care.' I think that's not possible anymore."

His warning applies to this side of the Atlantic as well.

"It's extremely alarming," says Lee Schwamm, a stroke specialist at Massachusetts General Hospital. "These data suggest to me that we still have a sort of cavalier attitude toward secondary prevention — particularly among younger patients."

Secondary prevention means preventing another stroke, heart attack or other catastrophe in someone who has survived a first one.

Schwamm says laypeople and doctors alike need to realize that young adults can suffer strokes. The new study shows that even a minor stroke, called a transient ischemic attack, or TIA, can increase later odds of an early death to 1 in 4.

"Many of the young patients who end up in my office either dismiss those symptoms themselves, or when they sought emergency medical care [they] were told that it was likely not a stroke," Schwamm tells Shots. Often they "had only a CAT scan, which didn't show any injury, and were sent home. So stroke is still underdiagnosed in young patients."

By one estimate, 1 in 7 strokes in young adults is misdiagnosed.

In Melissa McCann's case, it was clear she suffered a stroke. And fortunately the symptoms cleared pretty quickly without treatment. But doctors couldn't find any reason for her stroke at age 37.

"I wasn't satisfied with that response," she says. " 'Take one aspirin a day and hope it doesn't happen again' is not an acceptable answer to me."

So McCann sought out Dr. Schwamm in Boston for a second opinion.

"She came to me with a list of questions," Schwamm remembers. "She knew what the right questions were to ask. She really wanted to understand was there a treatable, preventable cause here that could be modified so that her risk in the future would be lower."

An ultrasound scan of her heart revealed an abnormal hole between the two upper chambers. She'd had the congenital abnormality all her life. Doctors think that eventually it allowed a blood clot to move to her brain, causing the stroke.

A surgeon repaired the hole, and she went back to work six weeks later. That was almost three years ago.

"I'm working full-time," she says. "I have a grandson that's 3 years old. I'm watching my youngest son go through college. Yeah, you might have to take some medications. But you can get yourself back to your normal life."

And now that she has addressed the probable cause of her stroke, McCann hopes that life will be a long one.