Accessibility links
Dengue Fever Cases Have Been Seriously Underestimated : Shots - Health News There could be as many as 400 million dengue infections worldwide each year, making it more common than malaria, according to a new study. One reason for the huge increase in estimated infections is that dengue has been spreading far and wide to regions outside the tropics. 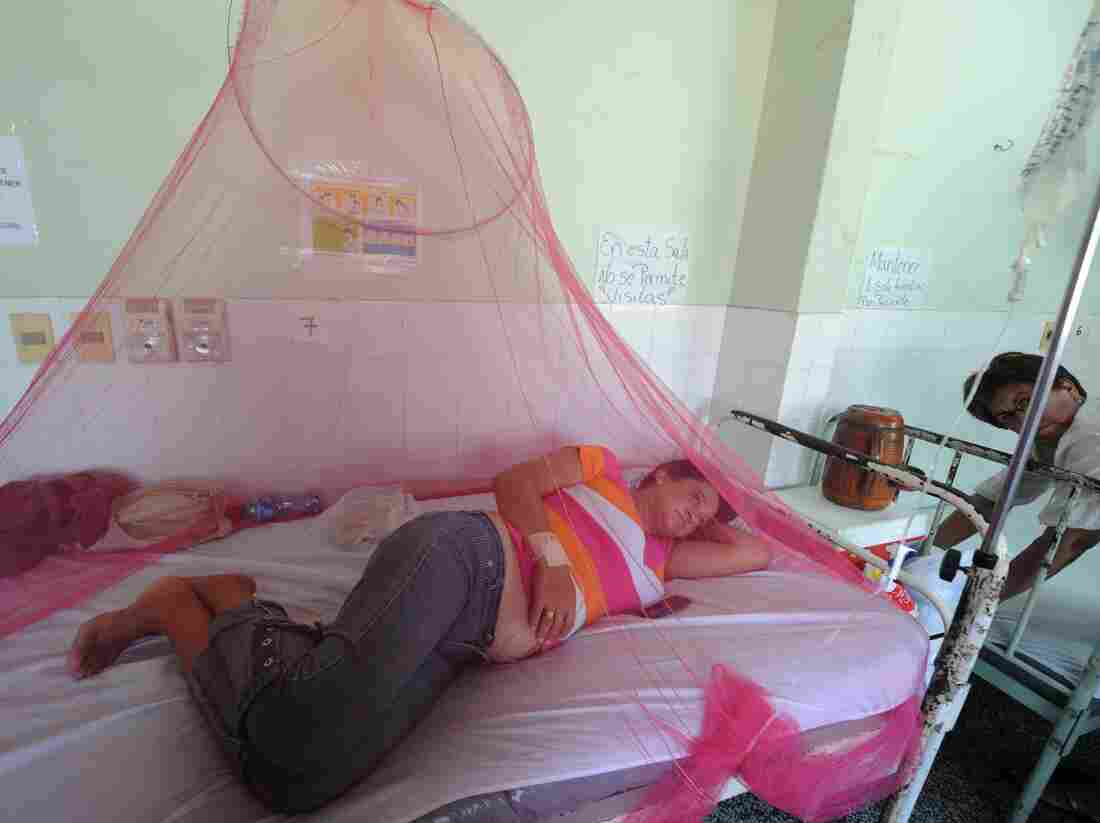 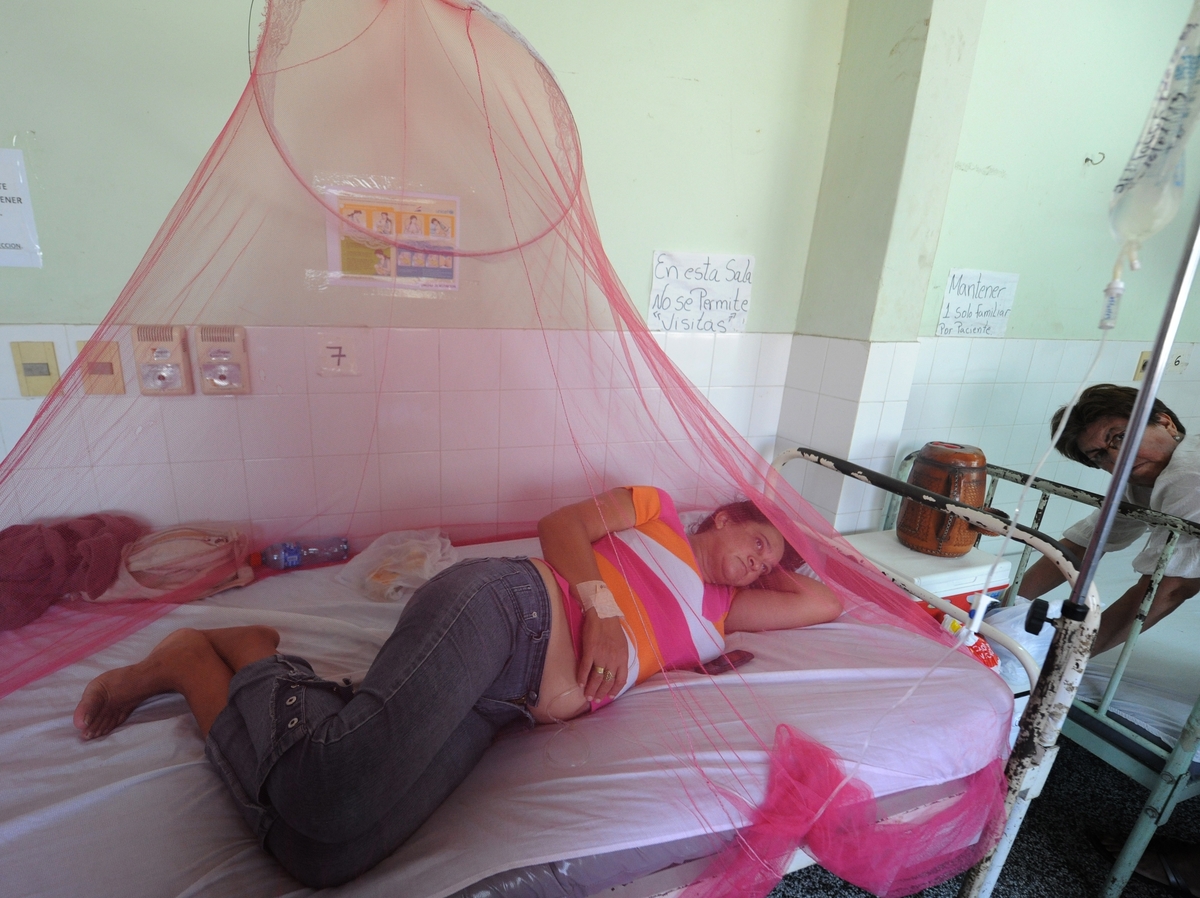 Dengue fever patients are treated in a hospital in Asuncion, Paraguay, in January.

A new paper in the journal Nature says scientists have been seriously underestimating the amount of dengue around the globe.

The study says there could be as many as 400 million dengue infections worldwide each year making it more prevalent than malaria. This is four times higher than the current dengue prevalence estimate of the World Health Organization.

One reason for the huge increase in estimated infections is that dengue has been spreading far and wide. It's usually described as an infectious tropical disease but lately it's been popping up even outside the tropics. There've been major outbreaks in Portugal and Russia, and small ones in the U.S.

Prior to 1970 the mosquito-borne disease had only been reported in nine tropical countries, according to the WHO. Now it's endemic in more than 100 nations.

Thomas Scott, an entomologist at the University of California, Davis, says it's continuing to spread.

"Not only are the number of cases increasing, the geographic range is increasing," says Scott, a co-author of the Nature study. "So [dengue] is spreading in to areas where it was not previously but we are also seeing more and more cases."

Previous efforts to count dengue cases were missing huge numbers of infections — mainly the less severe ones which might not lead to hospitalization or medical attention, the authors write.

Vaccine For Dengue Fever Shows A Glimmer Of Hope

Dengue appears to be attracted to overcrowded slums in the burgeoning cities of the developing world. Scott says the new report shows that poverty is a significant risk factor for dengue taking hold in a new environment.

"People living in substandard conditions where they're storing water and they don't have proper disposal of waste [are more at risk]," he says. "Rainwater accumulates in containers and the mosquito that transmits this virus, Aedes aegypti, then lays its eggs in those places."

Not only is dengue making more and more people sick in some of the poorest countries in the world, it's straining already-fragile health care systems.

"You get these explosive epidemics," Scott says. "With large numbers of people getting infected in short periods of times, it really overwhelms the public health infrastructure."

With so many infections that were previously unaccounted for, there's far more virus circulating in the environment. This could mean that containing dengue or at least stopping its current rampant growth is going to be difficult.

But many scientists are working on it. NPR's Geoff Brumfiel reported on efforts in England to develop genetically modified mosquitoes to wipe out the virus. And in Australia, scientists are feeding mosquitoes bacteria in the hope that they'll be too sick to bite.