Accessibility links
A New Way To Make The Most Powerful Malaria Drug : Shots - Health News The relatively scarce "sweet wormwood" plant has long been the only source of the herbal drug artemisinin. A new trick for making artemisinin in the lab should help even out supplies around the world, scientists say, and cut the cost of malaria treatment. 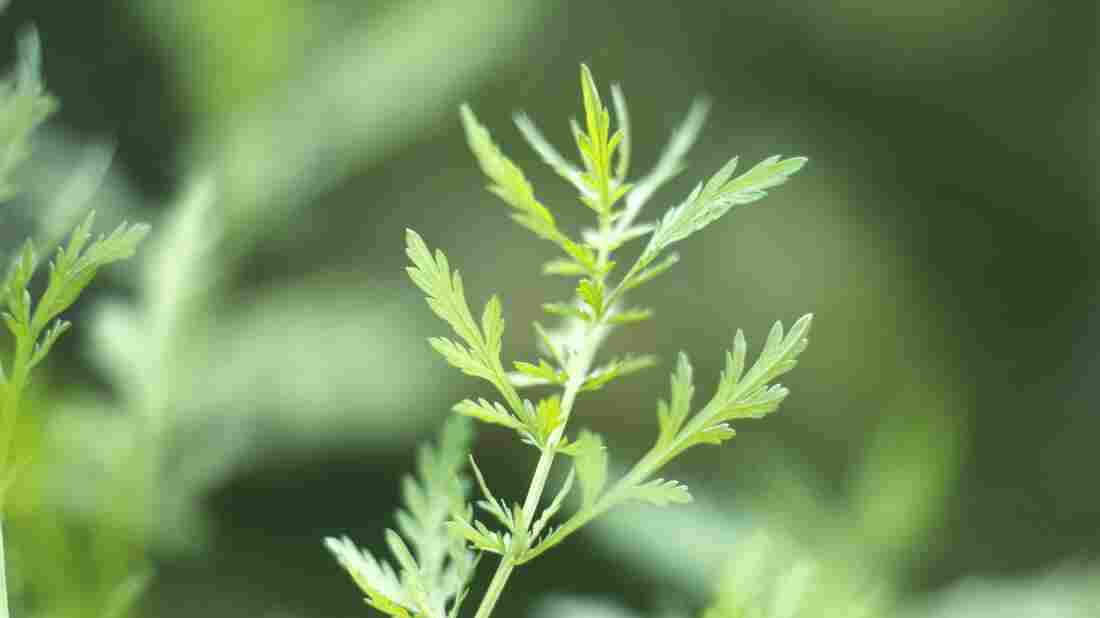 An extract of sweet wormwood has been used in China for thousands of years to treat malaria, but being able to make mass quantities of the extract has been elusive, until now. Sarah Cuttle/Getty Images hide caption

Researchers in California described Wednesday their new method for mass-producing the key ingredient for the herbal drug artemisinin, the most powerful antimalarial on the market. Already, the French drugmaker Sanofi is ramping up production at a plant in Italy to manufacture the ingredient and the drug.

Global health advocates say they expect this new method of producing artemisinin will at last provide a stable supply of the drug and cut the overall cost of malaria treatment.

Up until now, artemisinin has only been available commercially as an extract of the relatively scarce sweet wormwood plant. As global demand for the drug has climbed in the past decade, the price of that extract has been highly erratic. Between 2003 and 2004, the price of the compound jumped from just over $100 a pound to almost $550. By 2007, artemisinin prices had crashed. Then, two years later, prices almost doubled.

"It's the volatility that really makes the supply chain for this life-saving drug just a complete train wreck," says Jack Newman, chief scientific officer of the California-based biotech firm Amyris. In collaboration with researchers at the University of California, Berkeley, Amyris came up with a new way to synthesize artemisinin in a lab and then grow large quantities of it in yeast. It wasn't easy.

Now, using the biochemical process worked out by Amyris (and described Wednesday in the journal Nature), Sanofi is expected to make 50 to 60 tons of the substance a year — enough to meet roughly a third of global demand.

Malaria remains one of the biggest health problems on the planet, afflicting nearly 200 million people a year and causing hundreds of thousands of deaths, mainly in Africa and Asia. Over the past decade, the overall number of malaria cases has finally started to come down, in large part because of the increasing use of powerful artemisinin-based drugs.

The effort to get synthetic artemisinin from concept to the lab to market has been overseen by the Seattle-based global health nonprofit PATH (which stands for Program for Appropriate Technology in Health).

Ponni Subbiah, of the PATH subsidiary OneWorld Health, says the project's goal was to stabilize the price of artemisinin and ensure a stable supply of these important malaria medications.

"Having an alternative source [of artemisinin] to complement the botanical source is really critical so that more people can access the treatment," she says.

Subbiah says she also hopes that this model of a global collaboration between academics, private biotech firms, nonprofits and commercial drugmakers can bear fruit against other diseases in the developing world.