Accessibility links
As New Flu Cases Rise In China, U.S. Steps Up Its Response : Shots - Health News Infections with a new flu strain have increased, with three to five cases reported daily. The virus, carried by birds, doesn't appear to spread between people. Still, health officials in the U.S. are preparing to screen travelers and develop a vaccine.

As New Flu Cases Rise In China, U.S. Steps Up Its Response

As New Flu Cases Rise In China, U.S. Steps Up Its Response 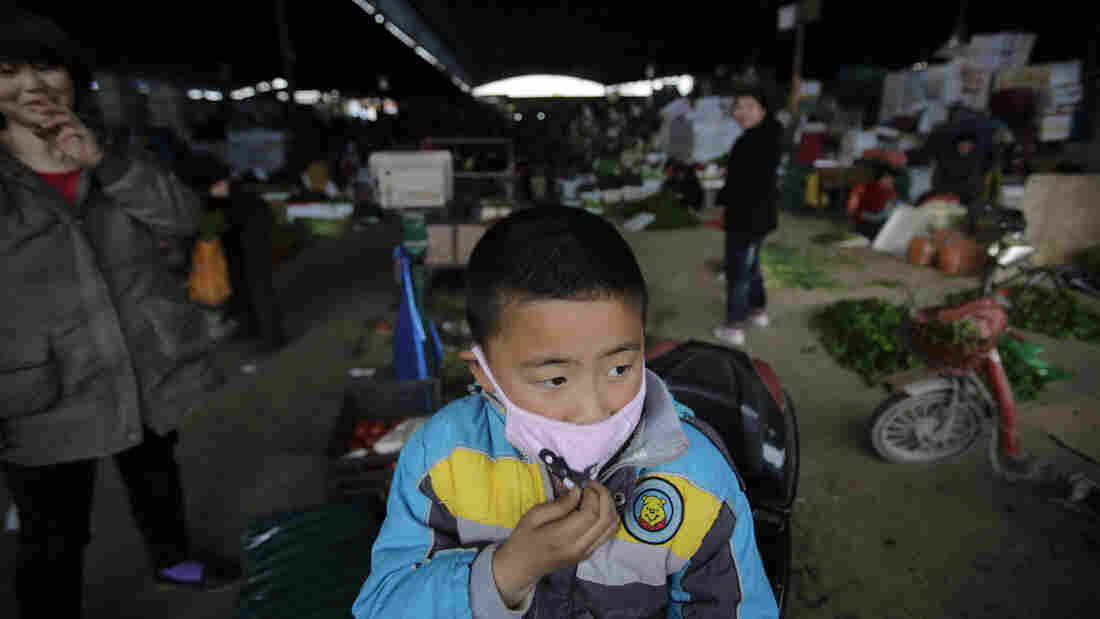 A child wears a mask near a closed section of a poultry market in Shanghai, where health workers detected the new bird flu, H7N9. Eugene Hoshiko/AP hide caption 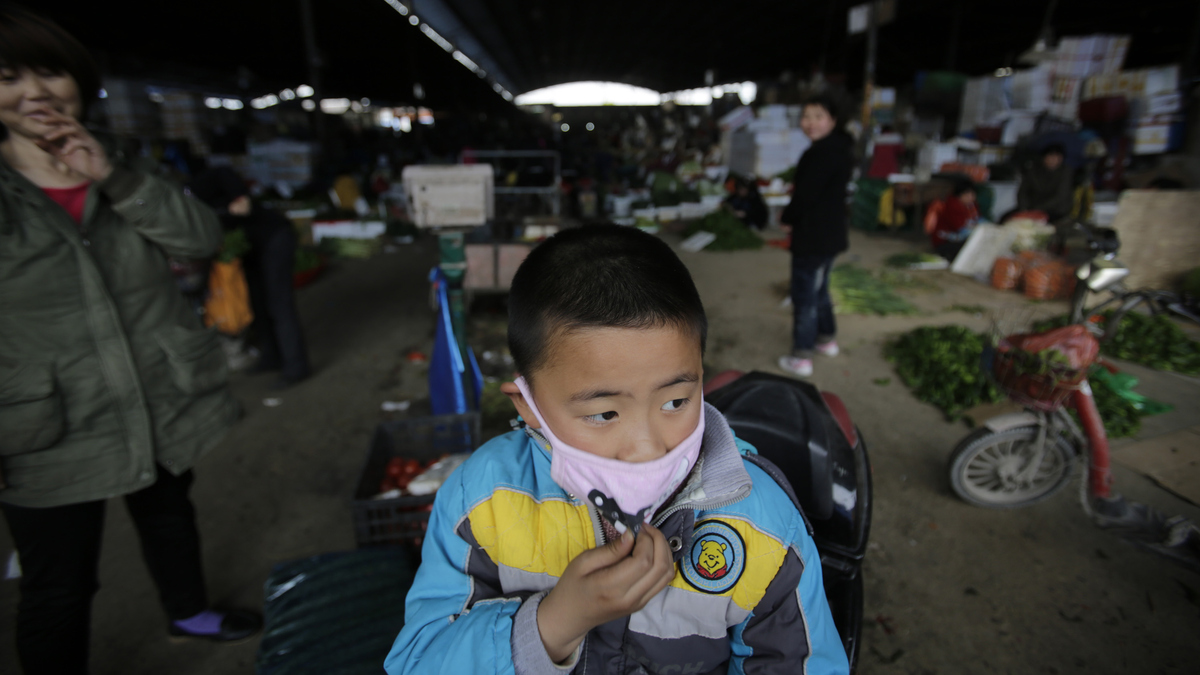 A child wears a mask near a closed section of a poultry market in Shanghai, where health workers detected the new bird flu, H7N9.

The toll from a new flu strain is mounting in China.

Forty-three people have been sickened and 11 have died from the virus, the World Health Organization said Friday.

The pace of infections has quickened over the past few days, with three to five cases reported daily.

But there are still no signs that the H7N9 bird flu can spread between people, the WHO said. Instead, people seem to catch it when they touch poultry or live birds.

Here in the U.S., the Centers for Disease Control and Prevention has beefed up resources to deal with the outbreak. The agency received a vial of H7N9 from China Thursday so it could develop tests and vaccines against the virus.

The agency also launched its Emergency Operations Center at a mid-grade level — something the CDC hasn't done since Japan's tsunami in 2011, the Center for Infectious Disease & Policy reported.

CDC spokesman Sharon Hoskins confirmed this report in an email to Shots, saying that the emergency operations will help the agency support China's efforts to contain the outbreak.

If you're just joining the story, H7N9 is a strain of flu that normally infects birds. Chinese health workers detected the first human cases in February and March, when three people around Shanghai developed mysterious lung infections. 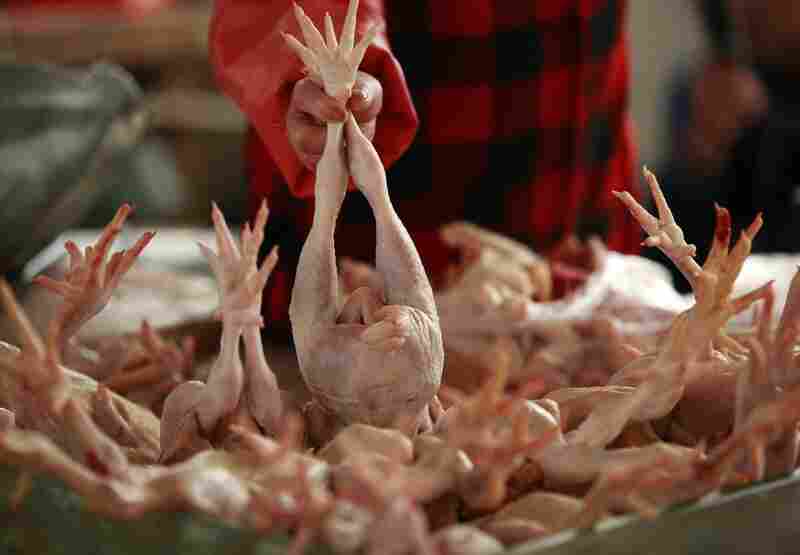 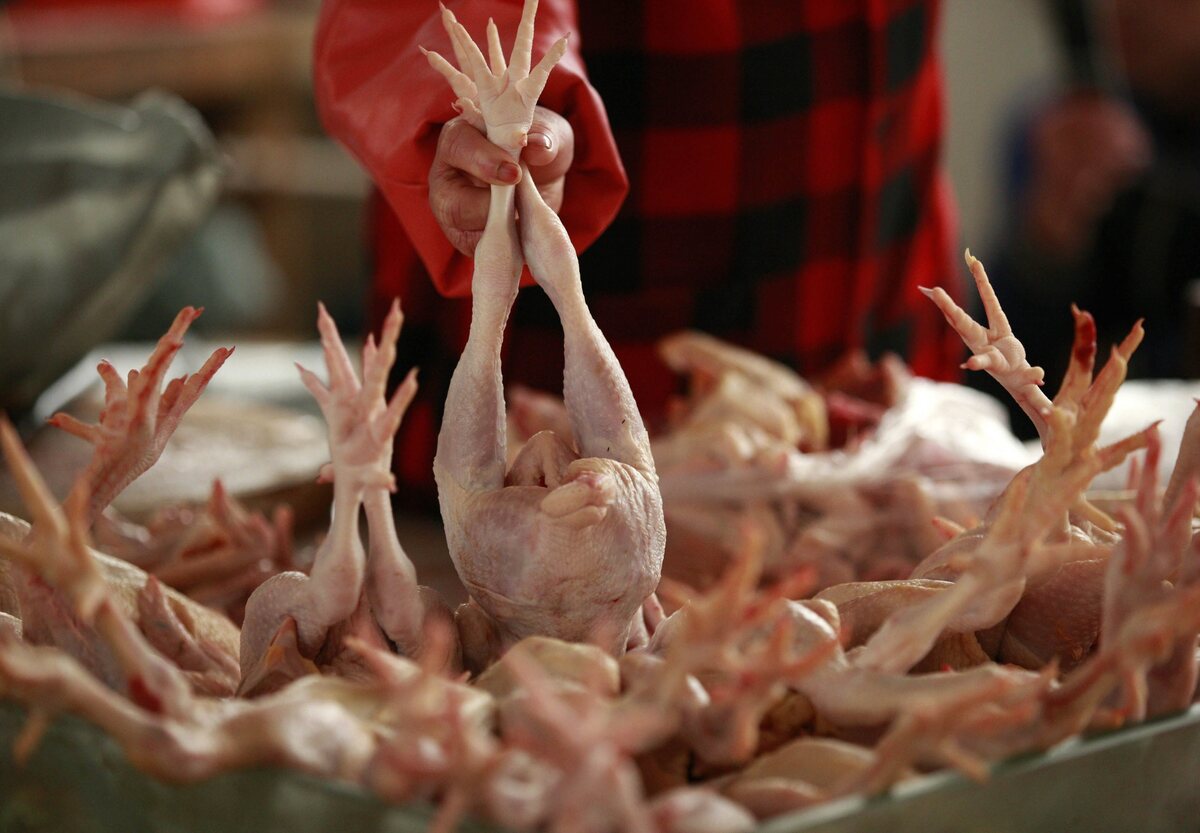 Health workers take samples from chickens at a market in China's Hunan province last week to test for the H7N9 virus.

These patients eventually suffered from a host of deadly complications, like septic shock, kidney failure and brain damage, doctors from the Chinese Center for Disease Control and Prevention wrote Thursday in The New England Journal of Medicine.

The doctors also sequenced the genomes of the viruses, which suggest H7N9 evolved the ability to jump from animals to humans at least two times since February.

H7N9 has sparked a flood of speculation and concern for a few reasons. Since it's new to people, no one has immunity to the bug yet. There is no vaccine against it.

"Extensive efforts are under way to develop potential H7N9 vaccines as quickly as possible," virologists from the CDC wrote in a commentary Thursday. But the process "will probably take many months," even under ideal circumstances, they wrote.

The virus's genes suggest that it's especially good at infecting people, the scientists note. And it's been tough for health workers to nail down the source of H7N9 because the virus doesn't make birds sick, as other avian flus do.

So far, the known cases of H7N9 are spread across several hundred kilometers surrounding Shanghai. The journal Nature published an informative map showing where the virus has cropped up so far.

Although it's still unknown whether the H7N9 outbreak will just fizzle out over time or become a long-term threat, health workers around the world aren't taking any chances.

In China, the government has passed out over 160,000 H7N9 testing kits across the country, Xinhau News Agency, the official press for the Chinese government, reported Friday.

Health workers around Southeast Asia are busy searching for H7N9 in livestock and wild birds. They've screened thousands of ducks, pigeons and chickens — and even started testing pigs.

By the way, if you're confused by the alphabet soup of influenza and what viruses come from which animals, check out David McCandless's infographic showing how different flu viruses are related to each other. A word of caution: The graphic has an error in it for H7N9. This strain has not been found in pigs yet and has no link to the thousands of dead pigs that washed ashore in Shanghai last month.