Accessibility links
How Exercise And Other Activities Beat Back Dementia : Shots - Health News "What's good for the heart is good for the brain," one neuroscientist says. In addition to physical exercise, researchers say mental exercise, socializing and a good diet can help preserve memory. 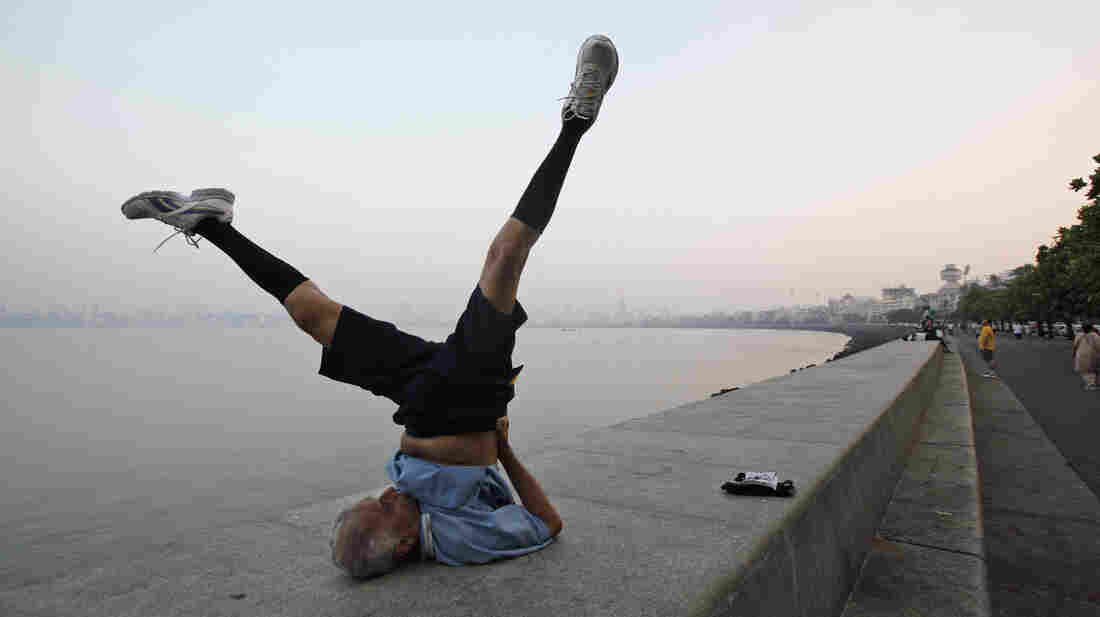 An older man performs exercises in Mumbai, India. Research suggests that moderate physical exercise may be the best way to keep our brains healthy as we age. Rajesh Kumar Singh/AP hide caption 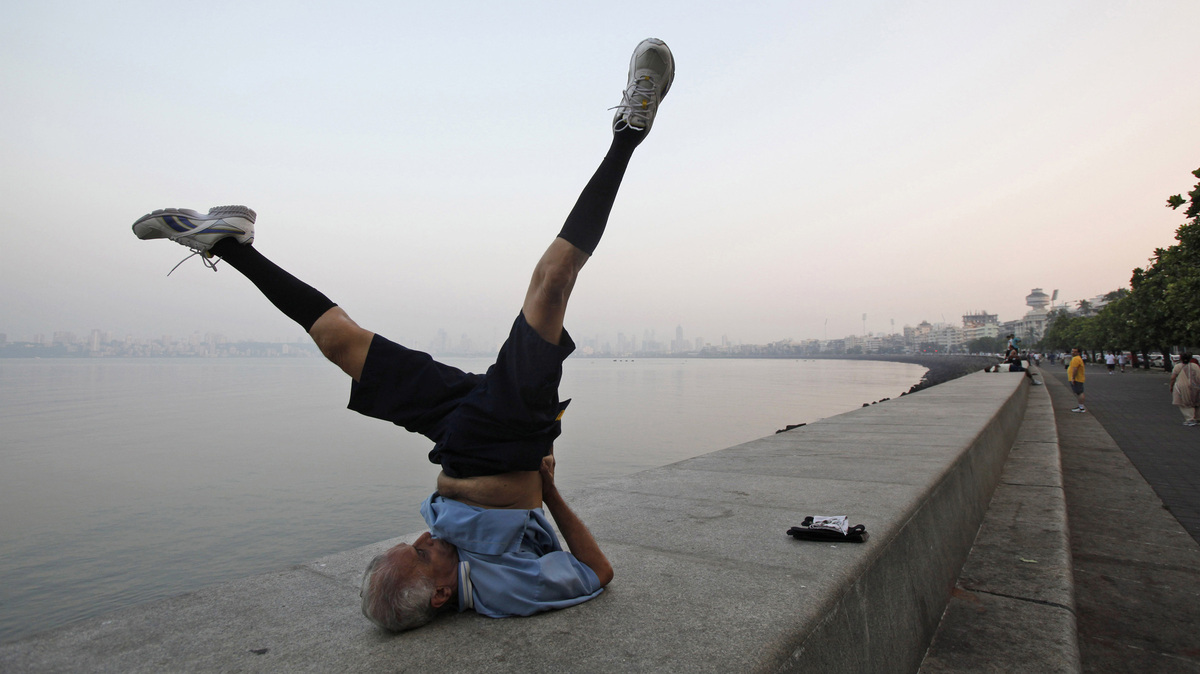 An older man performs exercises in Mumbai, India. Research suggests that moderate physical exercise may be the best way to keep our brains healthy as we age.

The numbers are pretty grim: More than half of all 85-year-olds suffer some form of dementia.

But here's the good news: Brain researchers say there are ways to boost brain power and stave off problems in memory and thinking.

In other words, brain decline is not necessarily an inevitable part of aging. "It's simply not pre-destined for all human beings," Bryan James tells Shots. He's an epidemiologist at the Rush Alzheimer's Disease Center in Chicago. "Lots of people live into their 90s and even 100s with no symptoms of dementia."

So what can you do to increase the odds? Neuroscientist Art Kramer, who directs the Beckman Institute for Advanced Science and Technology at the University of Illinois, has a number of suggestions. First and foremost, Kramer says, is to exercise. Research shows it's the best thing you can do for your brain.

Kramer did a study in which he scanned the brains of 120 older adults, half of whom started a program of moderate aerobic exercise — just 45 minutes, three days a week, mostly walking. After a year, the MRI scans showed that for the aerobic group, the volume of their brains actually increased.

What's more, individuals in the control group lost about 1.5 percent of their brain volume, adding up to a 3.5 percent difference between individuals who took part in aerobic exercise and those who did not. Further tests showed that increased brain volume translated into better memory.

The findings support earlier animal research in which rodents that were exercised had a number of favorable physiological changes, Kramer says. They had more new neurons, stronger connections between neurons, and increased blood supply to a number of regions in the brain.

Rachel Whitmer, a researcher at Kaiser Permanente in Northern California, agrees that it's important to exercise your body to ensure the health of your brain. It's not just getting adequate exercise, Whitmer says, it's also "maintaining good blood pressure, levels of cholesterol and a healthy weight," and remembering that "what's good for the heart is good for the brain."

What about mental exercises? Kramer says the evidence isn't nearly as conclusive, but keeping your brain active can't hurt.

The brain loves novelty, so if you do crossword puzzles, try shifting to a different type of puzzle — Sudoku, for example, he says. Or learn a new language. Play a new instrument.

And go out with friends. James recently published a study looking at the social lives of about 1,100 adults over 80. He asked them about going to restaurants and sporting events, playing bingo, doing volunteer work and other activities.

Individuals were followed for up to 12 years. Those with busy social lives were half as likely to develop dementia, compared with those with minimal social activities.

In another study, James looked at a different measure of activity — something he calls "life space." He added up how often people got out of their bedroom, went out of their house, traveled out of their neighborhood or out of town. "The people who never left their home — even though they didn't seem to have any cognitive problems when we started following them — were twice as likely to develop Alzheimer's disease" over five years, James says.

And finally, there's the popular notion of brain food. There's some evidence suggesting that omega-3 fatty acids, found in fish, and antioxidants, like vitamins C and E, found in vegetables, may help nourish the brain.

Putting it all together, Kramer jokingly suggests that the best advice might be to join a book group that walks and drinks red wine while talking about the book. Red wine contains antioxidants, Kramer notes. You'd be discussing a stimulating topic with good friends while exercising your body. "How can you beat it?" he says. "It's got all four!"