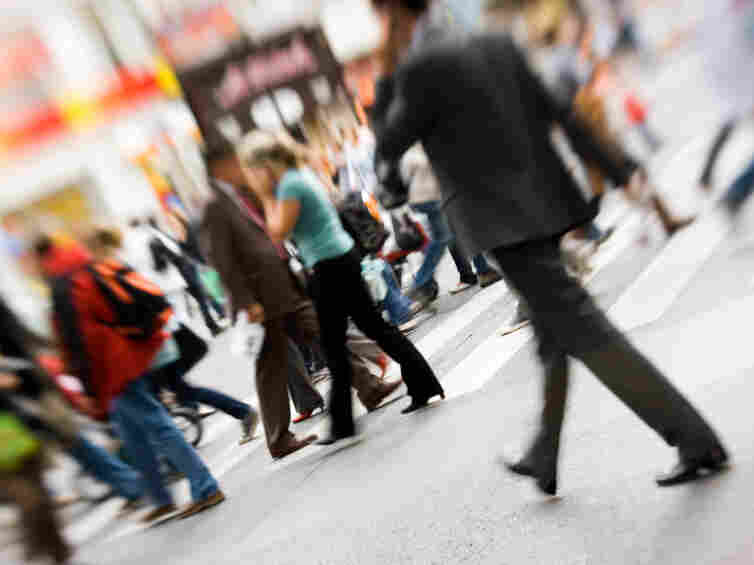 City centers can be risky for pedestrians, but age, race and gender matter, too. iStockphoto.com hide caption 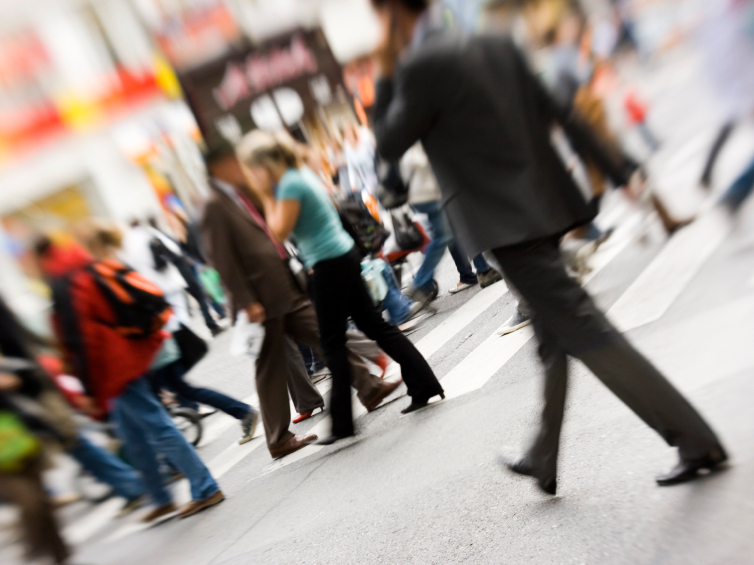 City centers can be risky for pedestrians, but age, race and gender matter, too.

Parents worry a lot about the safety of children crossing the street. It looks like they should be worried about Grandpa, too.

Older people are at higher risk of being killed by a car while walking, according to new data from the federal Centers for Disease Control and Prevention.

Going up against a 2,000-pound moving metal object is never a good idea. Pedestrians account for 13 percent of all motor-vehicle traffic deaths, even though walking accounts for 10.5 percent of trips.

The CDC data crunchers looked at pedestrian deaths from 2001 to 2010, to get a grasp of differences in sex, age and ethnicity. Differences there are.

The death rates were lowest for children under age 15. Maybe all that parental nagging about "stop, look and listen" is working?

The risk of pedestrian death increases slowly through life and peaks with people over age 75, who are more than twice as likely to be killed by a car than are people overall. The results were published in the latest Morbidity and Mortality Weekly Report.

This study didn't look at why, but Laurie Beck, an epidemiologist at CDC who led the study, says that a number of factors, including the fact that older people take more time to cross the street, are responsible.

Better safety overall will make walking safer for older people, she says, including better crosswalks, raised medians, enforcement of speed limits and pedestrian right-of-way, and car-free zones. "Crossing signals may need to be altered so that they have sufficient time to cross the street," she says.

That makes sense. But it's harder to imagine why men were found to be twice as likely as women to be killed as pedestrians. That may be due to men walking more often than women, as well as alcohol consumption, Beck says.

Traffic fatalities have reached historic lows, thanks to improvements in cars, roads and driver behavior. But pedestrian deaths remain disproportionately high, according to the National Highway Traffic Safety Administration.

Given that the American population is getting older and more ethnically diverse, pedestrian safety efforts may need to focus on how to reduce risk for groups who are already more likely to be killed crossing the street, Beck says.