Accessibility links
The Warts That Bind Your Family And Friends : Shots - Health News Children who got warts were more likely to have school classmates and relatives with warts. But going swimming, using public showers and going barefoot had little effect on whether a kid had warts or not.

The Warts That Bind Your Family And Friends

The Warts That Bind Your Family And Friends 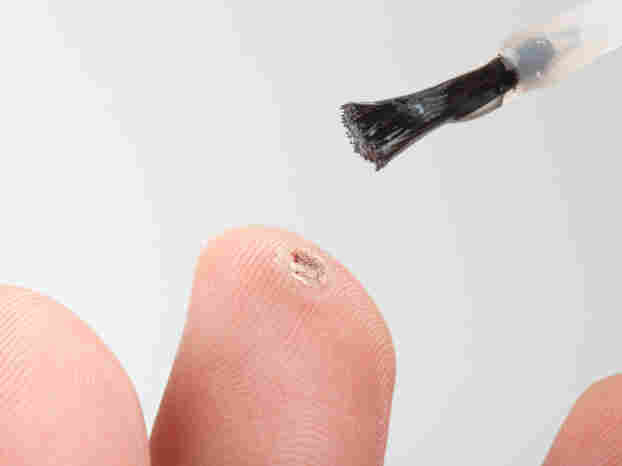 Warts: Easy to get and hard to get rid of. iStockphoto.com hide caption 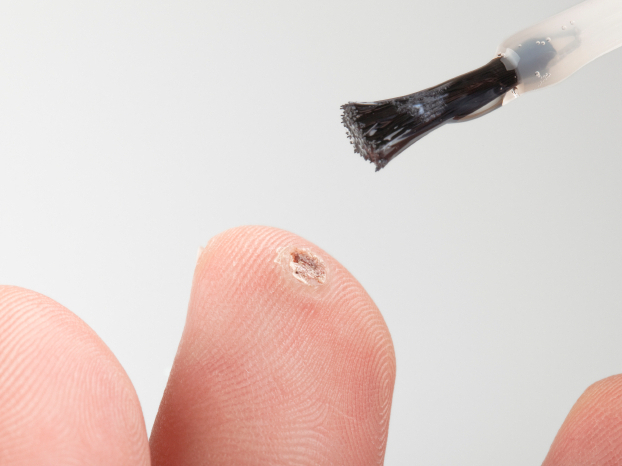 Warts: Easy to get and hard to get rid of.

There's lots of advice on the Internet about how to avoid warts, those unsightly gray lumps that speckle hands and feet, and are especially common in children.

Wash your hands. Wear flip-flops at the pool. Cover warts with bandages while swimming.

But nowhere do they say avoid your family and friends.

That might be more helpful, according to researchers in the Netherlands. They asked children in three primary schools to keep track of when they had warts and when warts popped up in their families. The children also recorded when they went swimming and if they went barefoot.

"The kids happened to be really enthusiastic about it," says Dr. Sjoerd Bruggink, a general practitioner at Leiden University Medical Center, who led the study. About 1,000 children ages 4 to 12 reported on the life and times of their warts over 18 months.

The researchers crunched the data, and found the No. 1 culprit in spreading warts: family members.

Children who got warts were also more likely to have school classmates with warts. But going swimming, using public showers and going barefoot had little effect.

The authors of the study, just published in the journal Pediatrics, say theirs is the first prospective study of wart transmission. Though it appears to absolve barefoot swimmers, it doesn't establish a cause and effect relationship between warty relatives and warts, which are caused by the human papillomavirus. Toads and frogs are off the hook.

So, given that we can't live without our family and friends, how to avoid getting warts?

"If you think it through, it would be more logical to prevent them in families or school classes than in swimming pool areas," Bruggink told Shots. "You would think of covering the wart, and thereby preventing the HPV virus to spread." But he cautions that he didn't test the Band-Aid hypothesis.

Bruggink has made a bit of a career out of trying to establish an evidence base for treatment of the common wart, a calling that doesn't bring in fame or speaking fees from drug companies. But clearly it fascinates him.

In a 2010, Bruggink reported that freezing warts with liquid nitrogen (cryotherapy) seems to work best on warts on the hand. But for the more stubborn warts on the soles of feet, cryotherapy was no better than salicylic acid (an over-the-counter treatment applied for weeks) — or than simply waiting for the wart to disappear on its own.

A 2012 report from the Cochrane Review, the big guns in evidence-based medical treatments, looked at almost 90 trials of wart treatments, and found a "modest therapeutic effect" for salicylic acid, with cryotherapy not much better than placebo treatments.

Duct tape, another "treatment" that generated buzz a decade ago, was found to have no power against warts.