Accessibility links
Gynecologists Question Use Of Robotic Surgery For Hysterectomies : Shots - Health News Hysterectomy are among the most common surgical procedures for women. With the advent of surgical robots, more doctors and women are opting for that approach. Does a robot, which costs more, make it better?

Gynecologists Question Use Of Robotic Surgery For Hysterectomies

Gynecologists Question Use Of Robotic Surgery For Hysterectomies 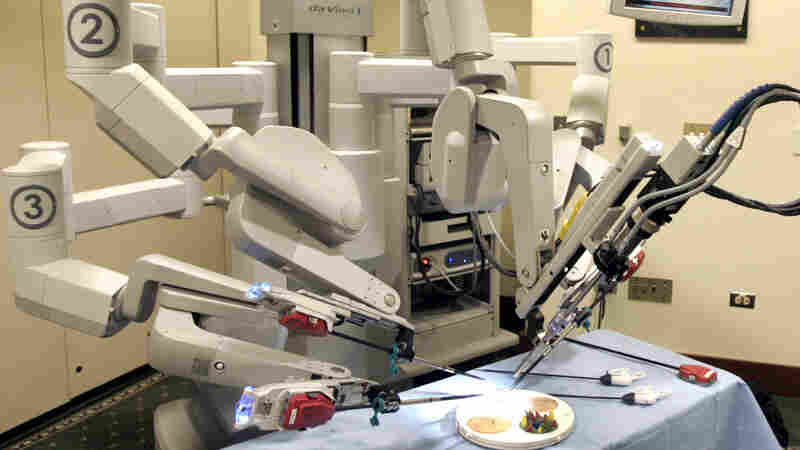 When does it make sense to use a da Vinci robot like this one for surgery? Keith Srakocic/AP hide caption 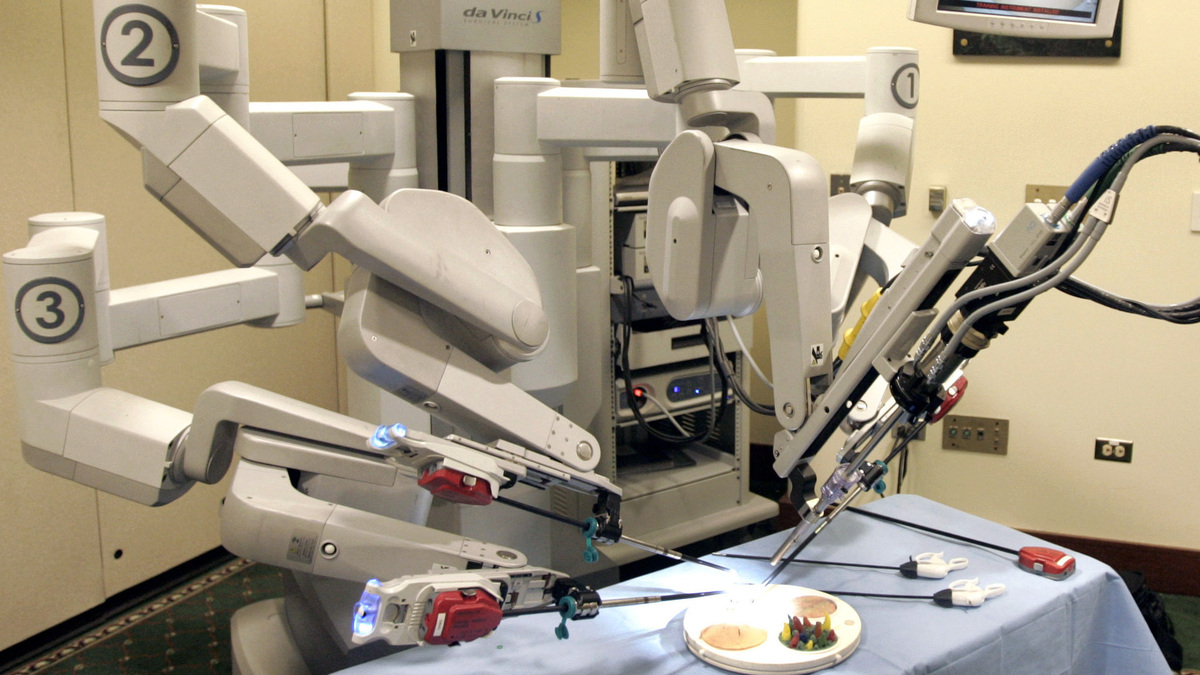 When does it make sense to use a da Vinci robot like this one for surgery?

Bolstered by a recent study that found doctors performing hysterectomies performed using a pricey robot didn't produce better results for patients than ordinary — and cheaper — procedures, the American Congress of Obstetricians and Gynecologists recently threw down a latex gauntlet against the use of robots.

One in nine women will undergo a hysterectomy during her lifetime, making it one of the most common surgical procedures for women.

In recent years, more women have opted for a robot-assisted procedure, rather than surgery through a large abdominal incision or traditional laparoscopic surgery, in which a doctor manipulates surgical instruments through small incisions in the abdomen.

A study published in February in JAMA, the Journal Of The American Medical Association, and reports of problems have raised questions about robotic surgery. The Food and Drug Administration has been looking at the popular DaVinci robot system.

Health insurers generally pay for robotic surgery just as they would any other surgical procedure, and for patients, out-of-pocket costs are typically the same as they would be for other options.

Robot-assisted hysterectomy surgery is similar to the conventional laparascopic technique. But the procedure is performed by a surgeon sitting at a console some distance from the operating table who uses hand and foot controls to manipulate surgical tools that are attached to a robot's arms.

Proponents of robot-assisted surgery say that it can be a good minimally invasive option when surgeries are complex and can result in less blood loss, pain and a quicker return to normal life than traditional open surgery.

But it's also more costly. The JAMA study of more than 260,000 hysterectomy patients found that the median hospital cost for robot-assisted surgery was $8,868, compared with $6,679 for a laparoscopic hysterectomy.

It also found that although patients who got robotic hysterectomy were less likely than laparoscopic patients to be hospitalized for more than two days, there was no significant difference between the two groups on other measures such as complications and blood transfusion rates.

When hospitals have a robot, use of the $1 million-plus metal assistant tends to rise rapidly. The JAMA study found that between 2007 and 2010 robotically assisted hysterectomy grew from 0.5 percent to 9.5 percent overall.

But the growth was even faster when looking at numbers from just those hospitals with the robots. The researchers said robotic surgeries accounted for 22.4 percent of all hysterectomies at those hospitals three years after the robot arrived.

"As a tool, robotic surgery helps surgeons overcome the limitations of traditional [minimally invasive surgical] techniques to provide patients with a less invasive option and prevent the downstream costs and complications of an open procedure," says Angela Wonson, a spokeswoman for Intuitive Surgical, the manufacturer of the da Vinci system.

Women who have already had multiple abdominal procedures or those with larger uteruses, "anything that might make the surgery technically difficult," may be good candidates for robotic hysterectomies, says Jason Wright, an assistant professor of women's health at Columbia University College of Physicians and Surgeons and the lead author of the study.

Wright uses a robot to perform some gynecologic procedures.

But the choice isn't always obvious. "One of the things we struggle most with is to figure out which patient will benefit most with robotic surgery," he says.