Accessibility links
The DEA Wants Your Old Meds, No Questions Asked : Shots - Health News Wondering what to do with that Vicodin that's gathering dust in the medicine cabinet? The DEA is happy to take it off your hands. That method spares the environment and solves a pesky problem: giving a narcotic like that to anyone other than the person whose name is on the prescription is a felony. 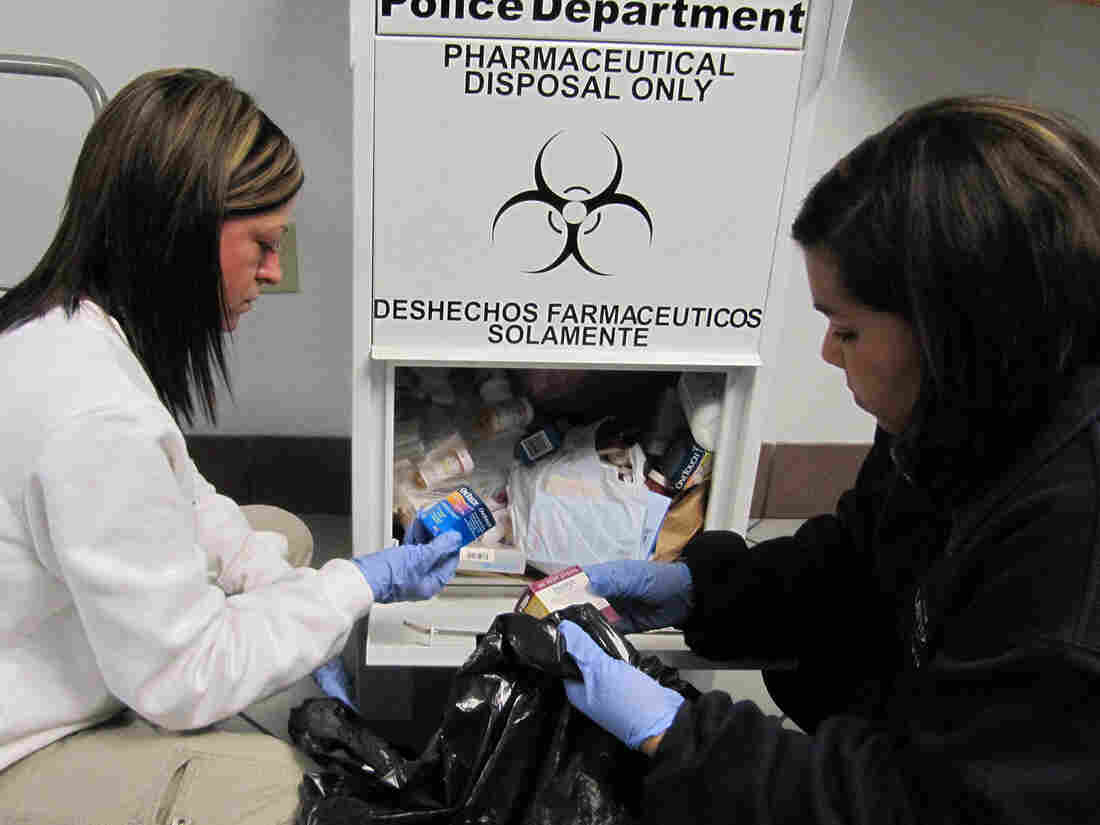 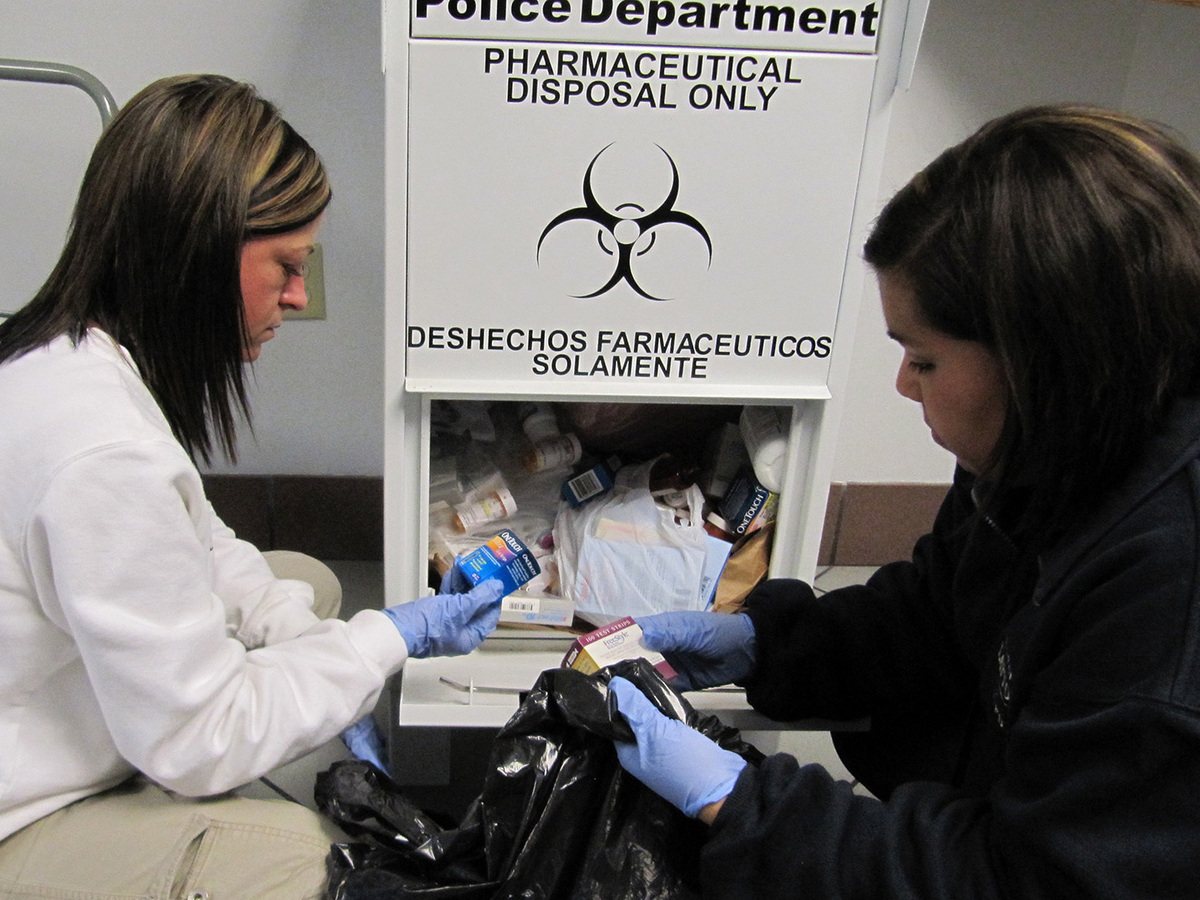 Now that it's spring, maybe you've decided it's time to clean out the medicine cabinet. Maybe you'd rather your teenagers not be tempted by those dusty bottles of Vicodin or other forgotten prescription drugs.

But we're told not to flush medications down the toilet because the drugs can taint rivers and lakes. Traces can also get into drinking water.

And we're supposed to be careful about chucking them in the trash, because that can pose a risk to young children who might eat them by accident.

Prescription opioid painkillers like Vicodin and OxyContin have fueled a decade-long rise in drug overdose deaths, with more than half of the 38,000 deaths in 2010 due to opioids, according to the Centers for Disease Control and Prevention. And prescription drugs, including narcotics, sleeping pills and diabetes pills are among the ones that pose high risks to kids.

OK, so it's good to get rid of this stuff. But what to do with it?

The Drug Enforcement Administration knows. This Saturday, April 27, is National Prescription Take-Back Day. Expired or unwanted prescription drugs can be dropped off at a site near you, no questions asked.

Pill Or Candy? Can You Guess Which Of These Is Medicine?

But we here at Shots had questions. We typed in NPR's Zip code into the dropoff site locator online and found that they're super-convenient. They're also almost all police departments. Oh, that and the Pentagon parking lot.

We're wondering if it's wise to show up at a cop shop with a bagful of Schedule II drugs, since possession by anyone other than the person on the prescription is a felony.

"It's really important for us to let people know that we're not doing anything to track people's behavior," Barbara Carreno, a DEA spokeswoman, tells Shots. "We are not in any way tracking or paying attention to who brings what. It's all dumped in together."

In fact, the DEA encourages people to empty out their pill bottles into plastic bags at home, and just bring the drugs. "Recycle the pill bottles," Carreno says.

The take-back sites are at police stations because the federal Controlled Substances Act requires Schedule II drugs be returned to law enforcement. "And you don't want people hanging around the sites trying to snatch stuff," Carreno adds.

The DEA is in the process of writing new regulations that will make it legal to have Schedule II drug take-backs at pharmacies and other sites. But for now, the police station is the way to go.

Since Take-Back Day started in 2008, people have turned in more than 2 million pounds of prescription meds, according to the DEA.

Where does all the stuff go? The DEA ships it off to incinerators approved by the Environmental Protection Agency.