Accessibility links
A Tale Of Mice And Medical Research, Wiped Out By A Superstorm : Shots - Health News When Superstorm Sandy flooded lower Manhattan last year, thousands of lab animals drowned and many scientists lost months or even years of work. The specialty animals can be very difficult to replace, but researchers say the loss of animal life is emotionally devastating and difficult to get over. 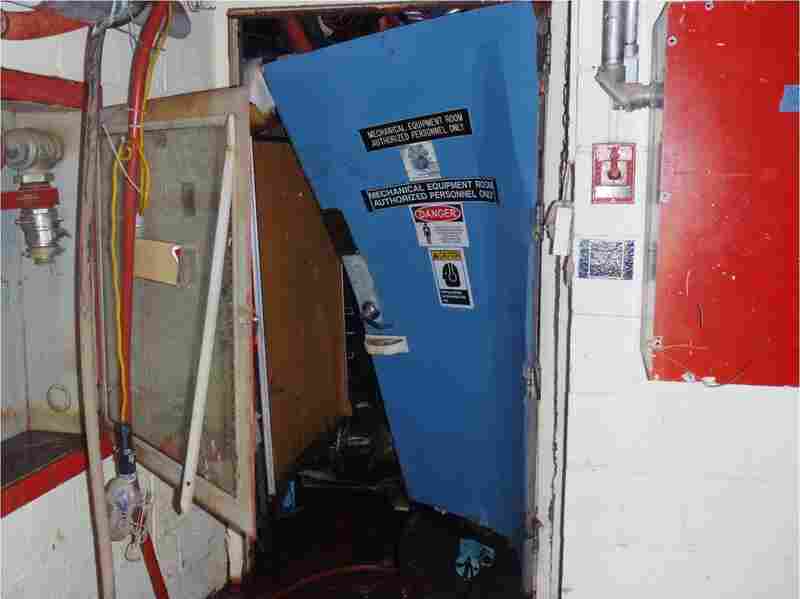 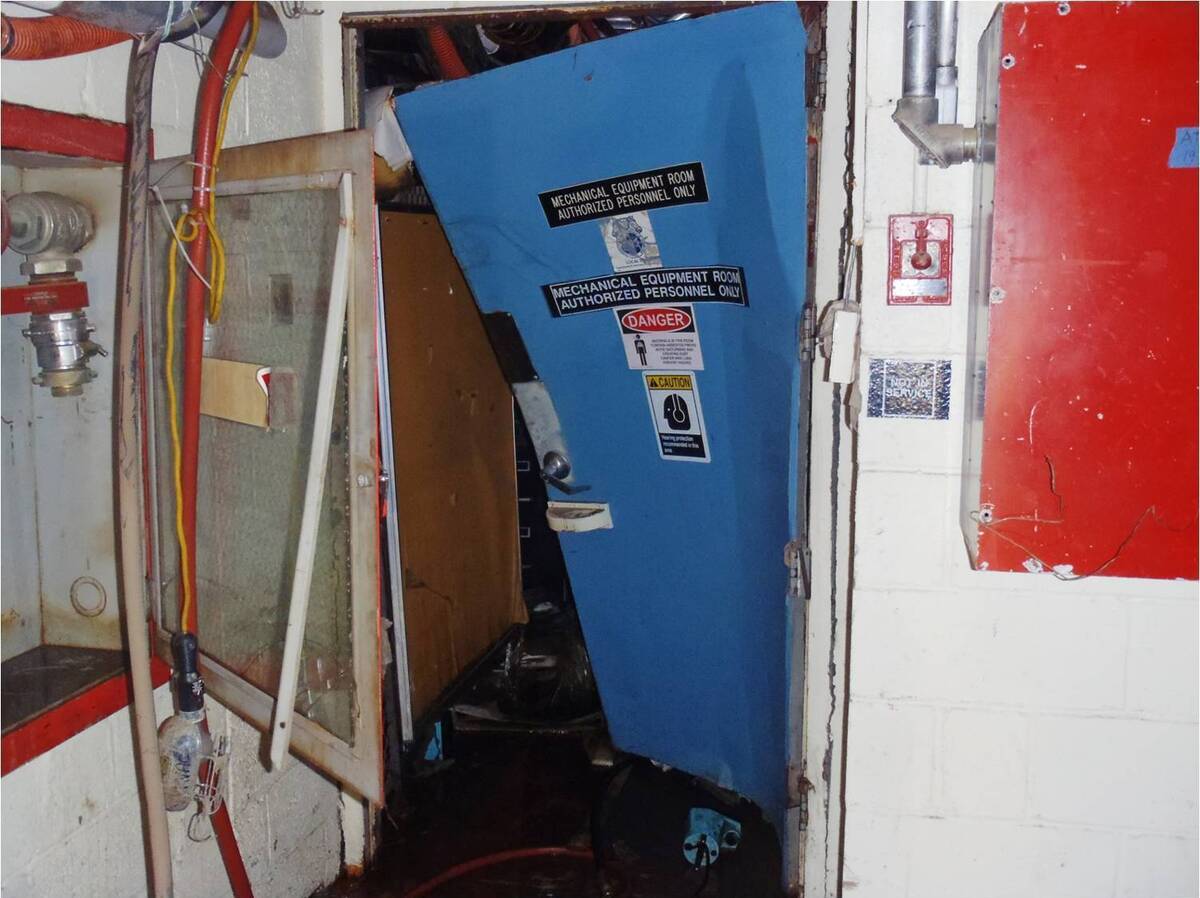 Flooding from Superstorm Sandy damaged Gordon Fishell's basement lab at NYU in Manhattan. Almost all of his research mice died.

When Superstorm Sandy inundated lower Manhattan last year, thousands of lab animals drowned and many scientists lost months or even years of work. One of those scientists is Gordon Fishell, a brain researcher at New York University.

Just hours before Sandy reached New York, Fishell says, he began to worry that animals housed in a basement below his lab were in danger. "I realized Hurricane Sandy and high tide were going to coincide at Battery Park, which is right where my lab is," he says.

But by then, public transportation had shut down and Fishell was stuck at his home in suburban Westchester, N.Y. The next day, as he tried to get back to his lab, his worst fears were confirmed.

"I got through to one of my postdocs who had been there since 7 in the morning," Fishell says. "I asked, 'Well, how about the mice?' And he said he was really sorry, but they were gone."

Fishell describes the events and the recovery process in a commentary in the journal Nature.

He says his first concern was for the younger researchers in his lab. Some had lost more than a year of work. But he was also disturbed to learn that thousands of animals had died unnecessarily.

"It is hard to express how close a partnership we have with these animals," Fishell says. "I mean, they really are [the way] we learn about what we care most about, which in our case is brain function. But they're living, breathing individuals."

They also can be very hard to replace. Fishell's lab studies how cells in the brain communicate and what goes wrong in diseases like epilepsy and bipolar disorder. The research depends on mice that have been genetically altered in very specific ways. He couldn't just order replacements.

Emails were pouring in from everyone, from my very good friends to my very fierce competitors, to say, 'What can we do?'

Fortunately, Fishell had shared his mice with researchers at other institutions. And when those scientists heard what had happened, he says, they responded.

"Emails were pouring in from everyone, from my very good friends to my very fierce competitors, to say, 'What can we do?' " he says. " 'Can we send you mice? Can we take your people and do research here? Can we help you pick up an experiment sooner?' "

Almost immediately, Fishell began rebuilding his research program. He also began thinking about how to prevent something like this from happening again.

That's something places like the University of Texas Health Science Center have been working on since 2001, when a tropical storm flooded downtown Houston.

"We had 12 feet of water in a basement," says Bradford S. Goodwin, a veterinary scientist at the center, "so every animal in our basement did drown." Animals at other downtown institutions also died, he says, because no one had anticipated an event like that. 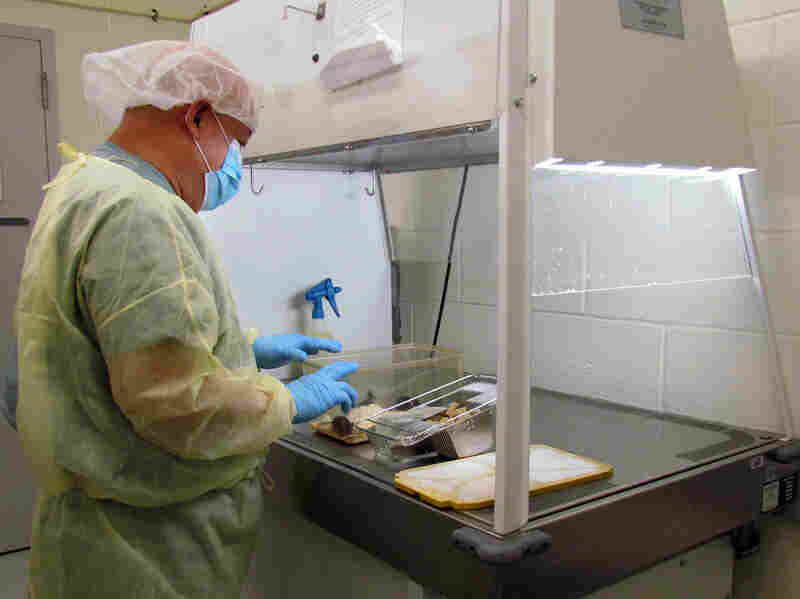 In this Jan. 18 photo provided by the NYU Langone Medical Center, a technician examines mice to determine their health at the hospital's complex in New York. New York University/AP hide caption 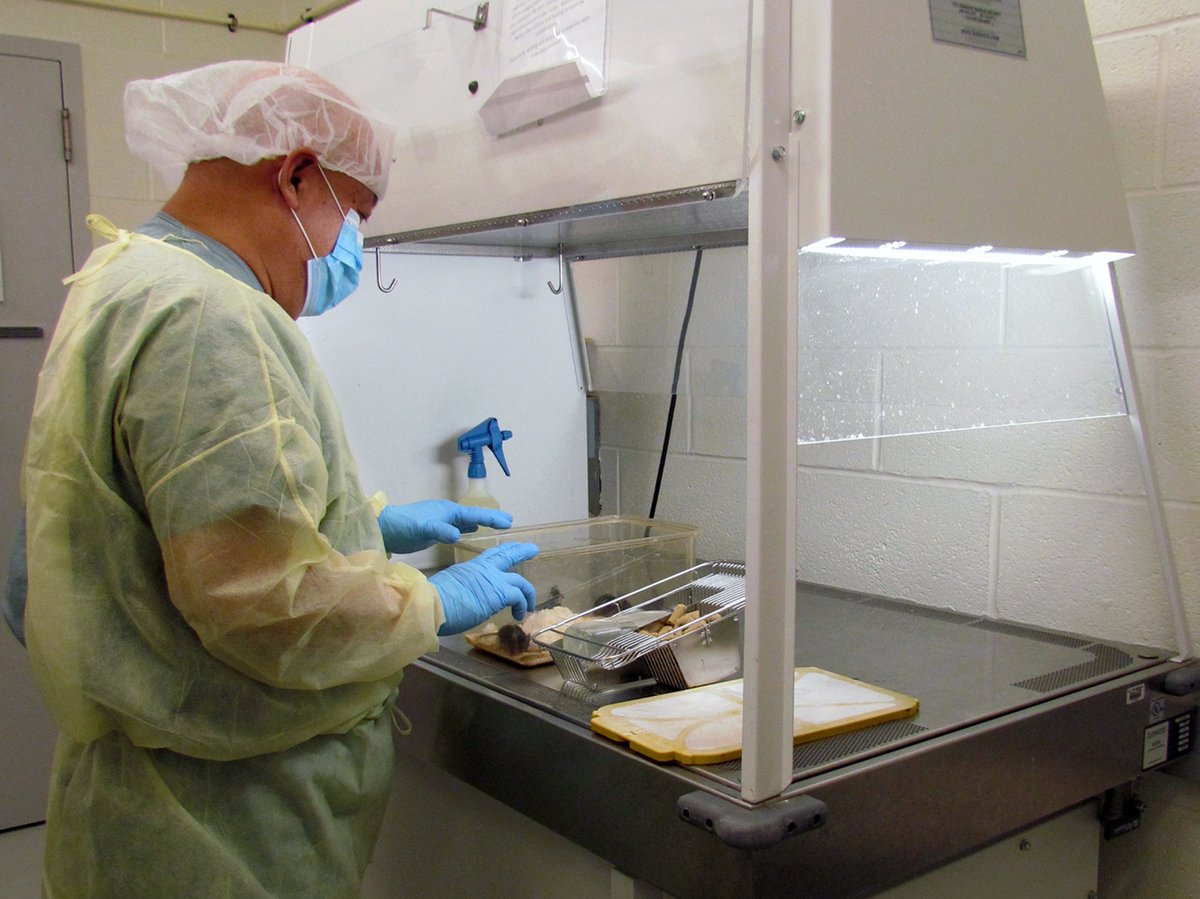 In this Jan. 18 photo provided by the NYU Langone Medical Center, a technician examines mice to determine their health at the hospital's complex in New York.

"This is not something you learn in veterinary school," Goodwin says. He also says the loss was "devastating" and something he will "never get over." Every year, he says, researchers still hold a memorial for monkeys who died in the flood.

In response to the loss of so many animals, the University of Texas began building a new facility with a different design, Goodwin says. The lower floors are research laboratories. Animals live on the upper floors.

New York University also plans to move its animals to higher floors, Fishell says. In the meantime, his lab is recovering more quickly than he thought possible. He says one reason is something that happened after he'd been told all the mice were dead.

"About four days later," he says, "the relief crews broke through the roof to the top of where the animal colony was and realized that about 10, 12 percent of all the mice [had] survived."

Fishell says they lived because as Superstorm Sandy approached, the woman in charge of lab animals asked her staff to move some mouse cages to the highest racks possible — just in case.