Accessibility links
Imagine A Flying Pig: How Words Take Shape In The Brain : Shots - Health News Linguists used to think the human brain had a specific region devoted to understanding language. But brain scans now indicate that regions controlling vision, movement, taste, smell and touch are all called into action when we think of a word, too. 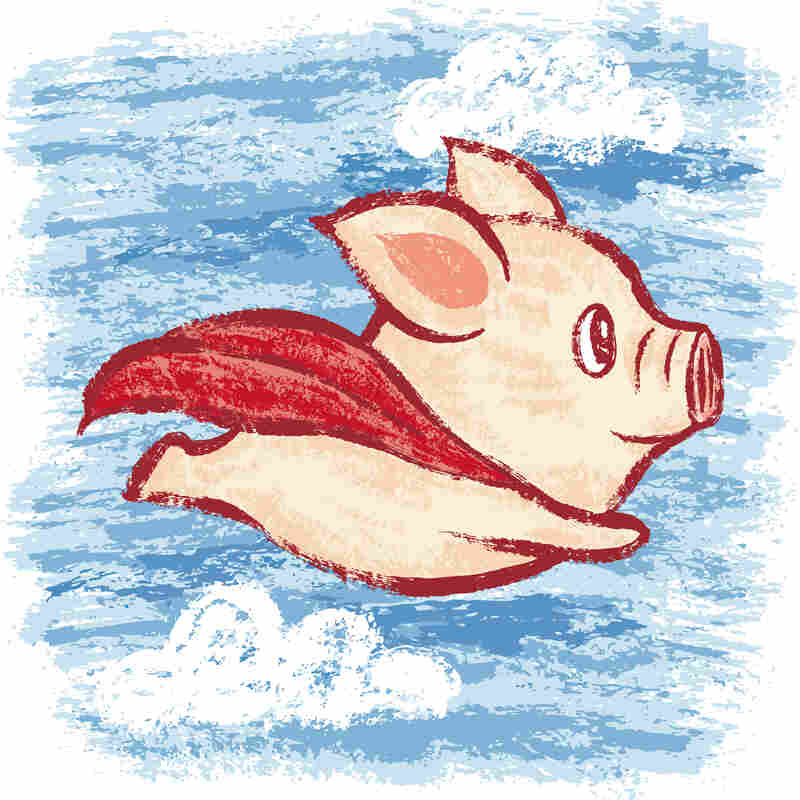 Although a flying pig doesn't exist in the real world, our brains use what we know about pigs and birds — and superheroes — to create one in our mind's eye when we hear or read those words. iStockphoto.com hide caption 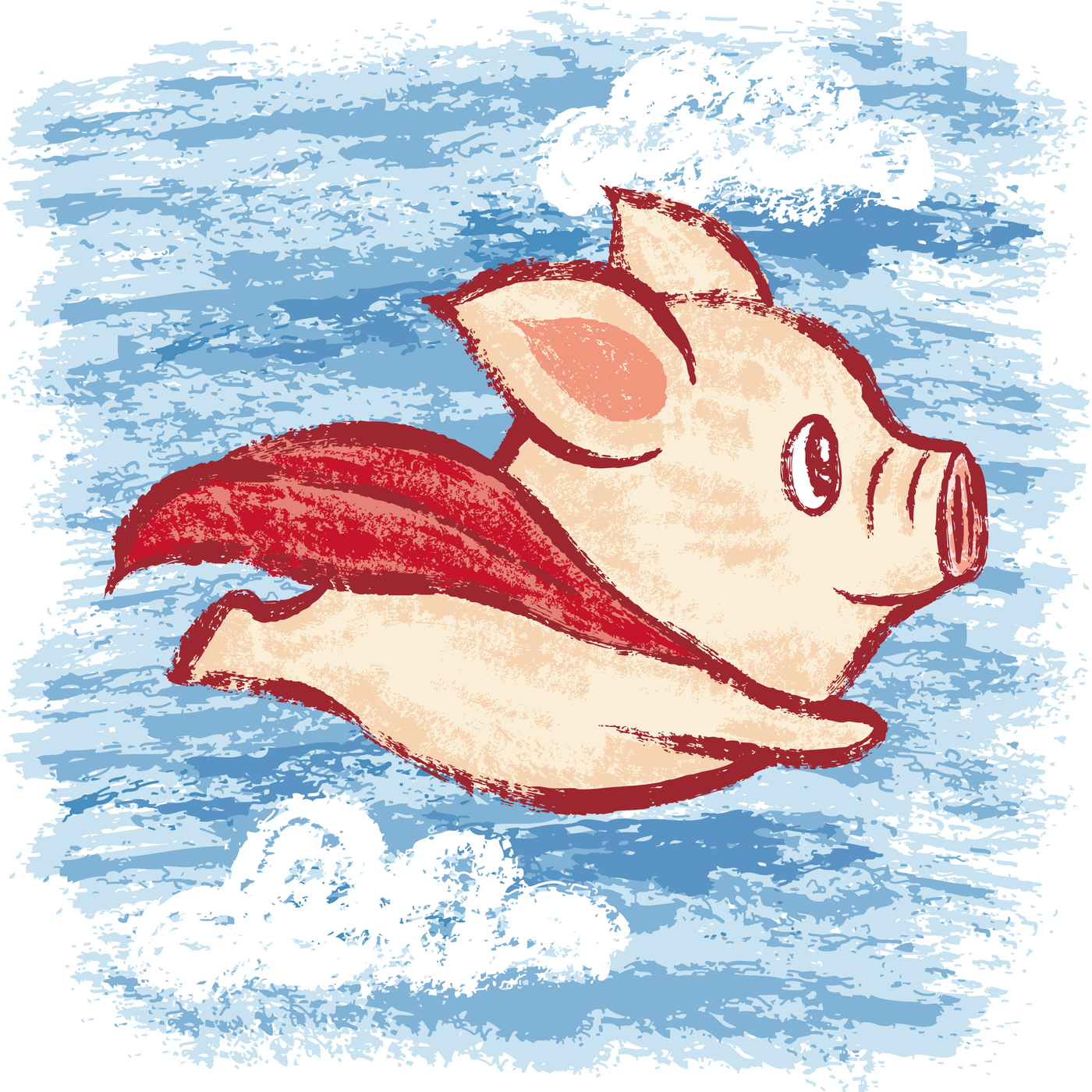 Although a flying pig doesn't exist in the real world, our brains use what we know about pigs and birds — and superheroes — to create one in our mind's eye when we hear or read those words.

Chances are, your brain created an image of a web-footed waterfowl. It also may have recalled the sound of quacking or the feel of feathers. And new research suggests that these mental simulations are essential to understanding language.

Just a few decades ago, many linguists thought the human brain had evolved a special module for language. It seemed plausible that our brains have some unique structure or system. After all, no animal can use language the way people can.

But in the 1990s, scientists began testing the language-module theory using "functional" MRI technology that let them watch the brain respond to words. And what they saw didn't look like a module, says Benjamin Bergen, a researcher at the University of California, San Diego, and author of the book Louder Than Words.

"They found something totally surprising," Bergen says. "It's not just certain specific little regions in the brain, regions dedicated to language, that were lighting up. It was kind of a whole-brain type of process."

If someone read a sentence like, "the shortstop threw the ball to first base," parts of the brain dedicated to vision and movement would light up, Bergen says. "The question was, why?" he says. "They're just listening to language. Why would they be preparing to act? Why would they be thinking that they were seeing something?"

The answer that emerged from this research is that when you encounter words describing a particular action, your brain simulates the experience, Bergen says.

The brain appears to be taking words, which are just arbitrary symbols, and translating them into things we can see or hear or do, Bergen says.

"A flying pig isn't something that actually exists in the real world," Bergen says. Yet when we read those words we see one in our mind's eye. Most people see a pig with wings above its shoulders, Bergen says. But some people imagine a pig with a cape, flying like Superman.

What evolution has done is to build a new machine, a capacity for language, something that nothing else in the known universe can do.

A flying pig has meaning to us because our brain is using things we have seen — pigs and birds — to create something we've never seen. And Bergen says we also draw on personal experience when we use language to convey abstract ideas — like truth, or justice, or even the word "meaning."

"What we actually say when we talk about meaning is, do you see what I mean? Is my point crystal clear? Maybe, let's shed a little light on the subject," Bergen says. What we're doing, he says, is extending our physical experiences — in this case things we've seen — by turning them into metaphors.

We use this sort of metaphor all the time in conversation, Bergen says. We "grasp" the truth. We "dodge" questions. We "fall" in love.

Philosophers have been debating the importance of metaphors like these since the time of Aristotle. But now, brain researchers like Krish Sathian at Emory University are getting involved.

Sathian has been studying an area of the brain that responds to the texture of an object — whether it feels smooth or rough. And he wondered whether the same area would respond when we use textures like smooth or rough as metaphors.

The results suggest that, at least to the brain, a rough day has something in common with a sheet of sandpaper, Sathian says. "When listening to these sentences containing textural metaphors, we found activity in the part of the brain that's involved when we feel surfaces," he says

Research like this adds to the evidence that the human brain is not processing language in some special module, Sathian says. "The brain is really working as a very highly distributed system."

What's amazing is that people have been able to do so much with language using the same basic brain structures found in monkeys and apes, Bergen says.

"What evolution has done is to build a new machine, a capacity for language, something that nothing else in the known universe can do," he says. "And it's done so using the spare parts that it had lying around in the old primate brain."